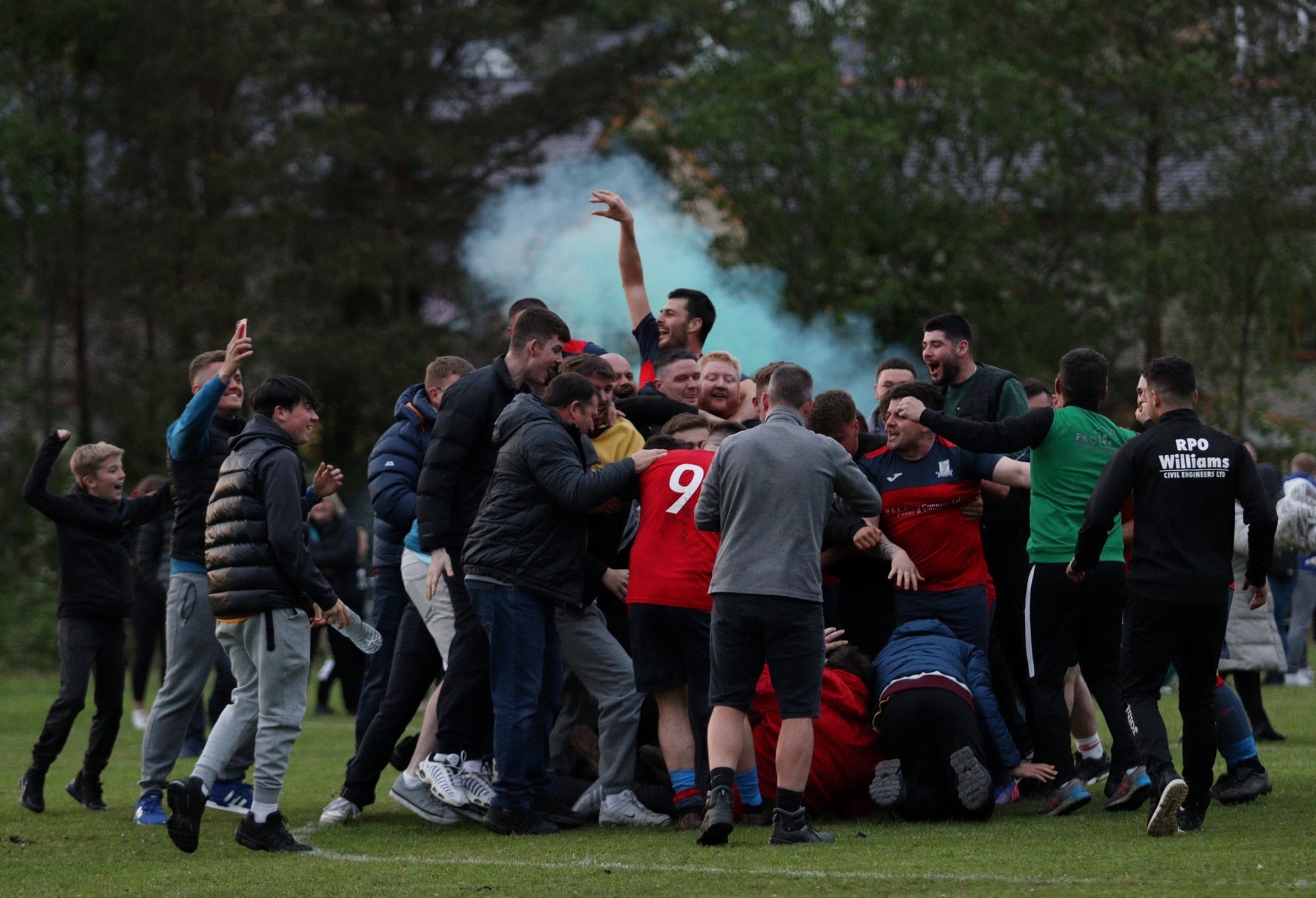 LLANERCHYMEDD have been crowned the first-ever North Wales Coast West Division One champions.

The club’s 1-1 draw away at Talysarn Celts on Wednesday night means they have won the title and will avoid the pressure of needing a result v fellow title-chasers Bethesda Athletic away on Saturday afternoon.

A penalty from top scorer Gwion Thomas put Medd ahead just before the break to put them in the driving seat.

The attacker came on from the bench on the half-hour mark to, 10 minutes later, net what was his 24th goal in all competitions this season.

Celts fought back well in the second half and were level on the hour mark through the lively Glyn Hughes-Thomas.

However, they were left to rue a missed penalty of their own as Medd hung on for the point they needed to be crowned champions at Gloddfa Glai.

The usually reliable Jac Jones, who has scored 10 goals from the spot this season, saw his effort agonisingly hit the left post and bounce back out as Medd had a bit of luck on there side.

AFE would like to extend a huge congratulations to everyone at Llanerchymedd for their efforts this season and wish them all the best in the Premier Division next season too!