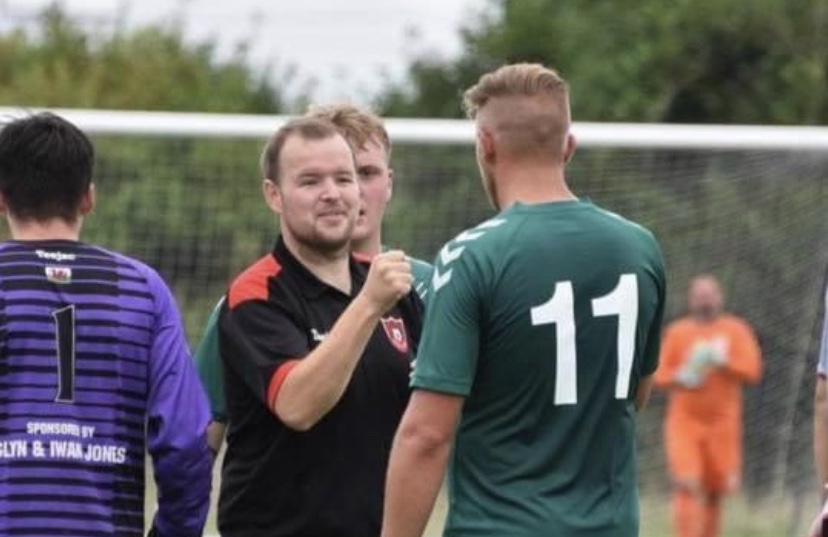 FALI have announced that long-serving manager Dan Jones has stepped down from the role at the club.

Si Thomas, son of former Morawelon manager Derek, will step up as manager having been assistant to Jones this season.

The hard-working Jones (on the left below) has been with the club for many a year, since the ‘Valley Athletic’ days, and helped guide them on to plenty of cup finals previously too alongside the likes of fellow coaches Marc Wilson and Barry Rowlands.

Jones will remain with the club behind the scenes.

Taking over at the helm now is Simon (Si) Thomas – a former Morawelon FC player who joined the coaching team at Fali ahead of the 21/22 campaign.

Coaching wise, he was previously with Caergybi and later Llandegfan before they folded in 2020. His father Derek was a great footballer in his playing days, enjoying great success with the likes of Llandegfan in the 80’s.

As a manager, Derek led the formidable Holyhead-based Morawelon side onto conquering North Wales during their four year existence as a club. The team won won four trophies in that time – including the NWCFA Junior Cup – before folding in 2014.

Son Si (below) will now no doubt be looking to take inspiration from his dad as he embarks on his first managerial job in football.

Fali started the 21/22 North Wales Coast West Division One season in style, being unbeaten in their first three matches, winning two and drawing the other. However, they have since lost 5 matches and currently sit 12th in the table (out of 16 teams) on 7 points.

AFE would like to take this opportunity to wish Si all the best and also say a big thank you to Dan for his help with the blog over the years. Top man!