CLUBS throughout Wales have been busy re-shaping their squads ahead of their respective 2017/18 campaigns.

With quite a few interesting moves being made already, in this article AFEFootballNews picks out just five of the biggest moves in the country so far …

Bala Town enjoyed a fine campaign during 2016/17, finishing third in the Welsh Premier League and with the addition of Davies it seems that they’re preparing to do the same again this year.

His most prolific matches came in his two spells playing for Bangor, where he is now held in high regard by fans of the club after making over 250 league appearances, scoring 88 goals.

Incredibly, he was nominated for the UEFA Player of the Year award in July 2012, after receiving the required single nomination from journalist Dave Jones of The Daily Post. His name appeared alongside Lionel Messi and Cristiano Ronaldo (unfortunately for Les and Bangor though he didn’t win!).

A strong target man who uses his strength and size to keep the ball away from defenders, Davies is a great finisher of the ball and possesses real talent.

With his experience of playing at the highest level in Welsh football, Bala are no doubt getting a quality player to add to their squad. 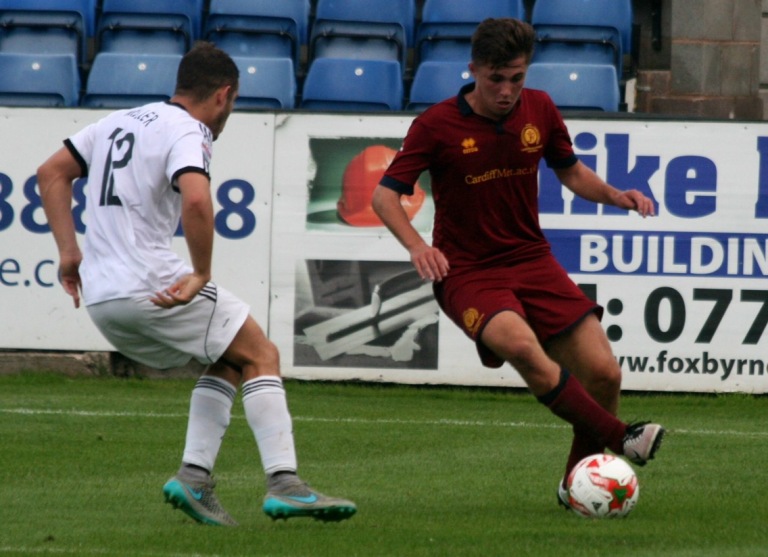 Cymru Alliance side Holyhead Hotspur have managed to snap up Littlemore after he completed his degree course at Cardiff Metropolitan University and wanted to return back to his home of Anglesey.

The 22-year-old striker had played an important role in the Cardiff Met squad that had risen to the Welsh Premier League. He made 19 appearances last season as the club narrowly missed out on Europa League football.

Having formerly played for Bangor City in the Welsh Premier League, Littlemore will certainly bring something different to the table at Hotspur. Quick and creative, he’ll fit in effortlessly alongside the likes of midfield talisman Dewi Thomas and prolific forward Mel McGinness.

Manager Campbell Harrison is delighted to add to his attacking options. He told the club website: “John is keen to get playing and can’t wait to pull on the Hotspur jersey. We look forward to welcoming him into a tight knit group of players who I feel will get the best out of him! Welcome to the jungle John!”.

Bangor have been busy in this summer transfer window, adding five high calibur players to their ranks. They have also reportedly broken their transfer record to sign midfielder Shaw.

Having been on loan at Nantporth for half of last season, the 20-year-old, impressed many during his time  playing in the centre of the park and so I’m sure that Bangor fans will be glad to see him returning permanently this time around.

Although playing in a deeper, more defensive role at City, he still managed to grab himself four goals in 18 appearances.

Whilst the loss of talented youngster Henry Jones to National League side AFC Fylde will affect the club greatly, I do think that Shaw could become a very useful replacement, despite playing with a different approach.

As if TNS needed to add anymore experience to their dominant side eh?

25-year-old defender Hudson racked up over 160 National League appearances during his times playing for Cambridge United (24), Welling United (36), Wrexham (73) and Chester (32) so he is certainly no stranger to first team football.

His tall figure allows him to take control in aerial battles and hes an organised defender who knows how to win the ball cleanly. He’s also a danger from set-pieces by getting on the end of corners and free kicks.

Joining “the most hated” club in the Welsh Premier League won’t bother him either as he has made the far more dangerous move from Wrexham to Chester just a year ago.

Hudson is clearly ready for a new challenge with the champions and will be looking to cement a place in their starting eleven.

The departure of Jason Oswell to Stockport County will be a massive loss to Newtown as he finished as the WPL’s top scorer last season and scored a ridiculous 51 goals in 91 appearances in three seasons at the club.

Replacing him will prove to be almost impossible but their capture of Llandudno striker Reed.

Having played for long list of clubs throughout his career, including teams in Australia and plenty in Wales and England, the 29-year-old will now be looking to lead the line for Newtown, a club that many expect to struggle this season.

Although he can be very hit and miss, there’s no doubting that Reed is a great player on his day and no matter where he has gone he has nearly always guaranteed goals. For Welsh clubs alone, he has scored over 80 goals in just over 150 league appearances.

Much like Les Davies, Reed is a true target man who, for what he lacks in pace, makes up for in strength and power.

I believe that if he’s given a chance in the starting line-up then he could certainly become a key player in Newtown’s bid to stay up this season.

I don’t know about you but I’m very excited for the 2017/18 campaigns throughout Wales and I also can’t wait to see who else will be joining Welsh clubs before the season begins.