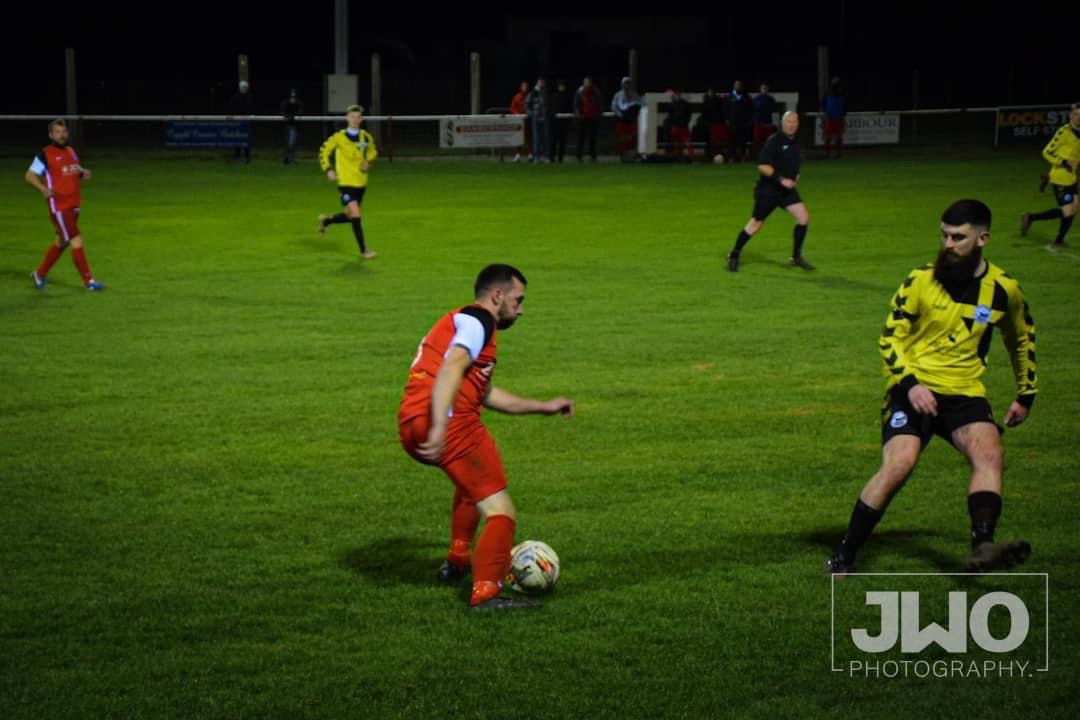 THE season is well and truly hotting up in tier 5 now and we’re beginning to get a good idea of where each of the 16 clubs involved in the division will end up come the end of 21/22.

The first-ever season of the North Wales Coast West Division One has proven to be a brilliant one so far and the league’s top 3 once again showed why they’re the best of the bunch and are slowly but surely pulling away in the latest round of results.

Bethesda Athletic, who are top on goal difference, maintained their good form as they beat Cefni 5-1 away from home.

Mark Hughes’ young and exciting side just simply cannot stop scoring this season, having smashed in a crazy 85 goals in just 20 matches so far.

Saturday was no different for the league-leaders. Cefni, who went down to 10-men following the dismissal of Marc Parry on 72mins, took the lead early on through Phil Davies but former Arriva Bangor goal machine Scott Hughes was at the double and further goals from Daniel Hughes, Kyle Hartleb and Osian Hughes secured an emphatic win.

Llanerchymedd, who are on the same points (44) as Bethesda Athletic and have 3 games in hand on them, earned themselves a vital 1-0 win at Caergybi. Mike Edwards was sent off for Cybi on the hour-mark and it was a goal from Tom Kelly, who returned to the club after a spell away just last week, which stole the win for Medd in the 87th minute.

Third-place Cemaes Bay, who are on 42pts, kept the pressure on at the top as they beat Waunfawr 4-1 under the lights at School Lane on Friday night. Bay top scorer Matt Reynolds was once again influential as he opened the scoring in the 38th minute.

Goals from Geraint Jones, Sam Wiltshire and Sol Williams did the further damage with Meurig Parry’s injury time goal nothing but a consolation for The Beganifs.

Elsewhere, Mountain Rangers crept into the top 10 with a big 2-1 win at Llangoed. The visitors took the lead in the 10th minute when Aled Rice got on the end of a cross to score his 9th goal of the season. The impressive Stuart Cooke made it 2-0 on 40mins when he scored a sensational chip from 30 yards out. Llion Roberts netted late on for Llangoed but it was too late to help them get any sort of result from the match.

Bontnewydd secured a late 2-1 win over Bodorgan to leapfrog them in the league table with Simon Jones’ side moving up to 10th in the tier 5 table. Cai Edwards scored in the 21st minute to give Bont the lead but Bod were back level through top scorer and talented midfielder Steven Jones just before half time. Patience paid off for the home team in the end when Sean McGrath netted the winner in the 91st minute.

Llanystumdwy continued to push for a high finish as they came away from Y Fali with a 4-2 victory. Owen Pritchard fired Stumdwy ahead just 5mins in before Luke Miles replied for Y Fali 7mins later. Goals from veteran midfielder Mark Godfrey and centre back Gruff Sion made it 3-1 to the visitors at the break.

The goal-scoring action continued in the second half too as Miles pulled another goal back for Fali 20 minutes from time, but Tomos Williams’ strike ensured the win for Stumdwy late on.

Finally, Talysarn Celts kept themselves firmly in 4th place as they put bottom-of-the-table Bethesda Rovers to the sword with an 8-0 win. Top scorer Luke Baum netted a hat-trick with Glyn Hughes-Thomas at the brace and Peter Bridges, David Aaron Jones and Jac Usher scoring the other goals!