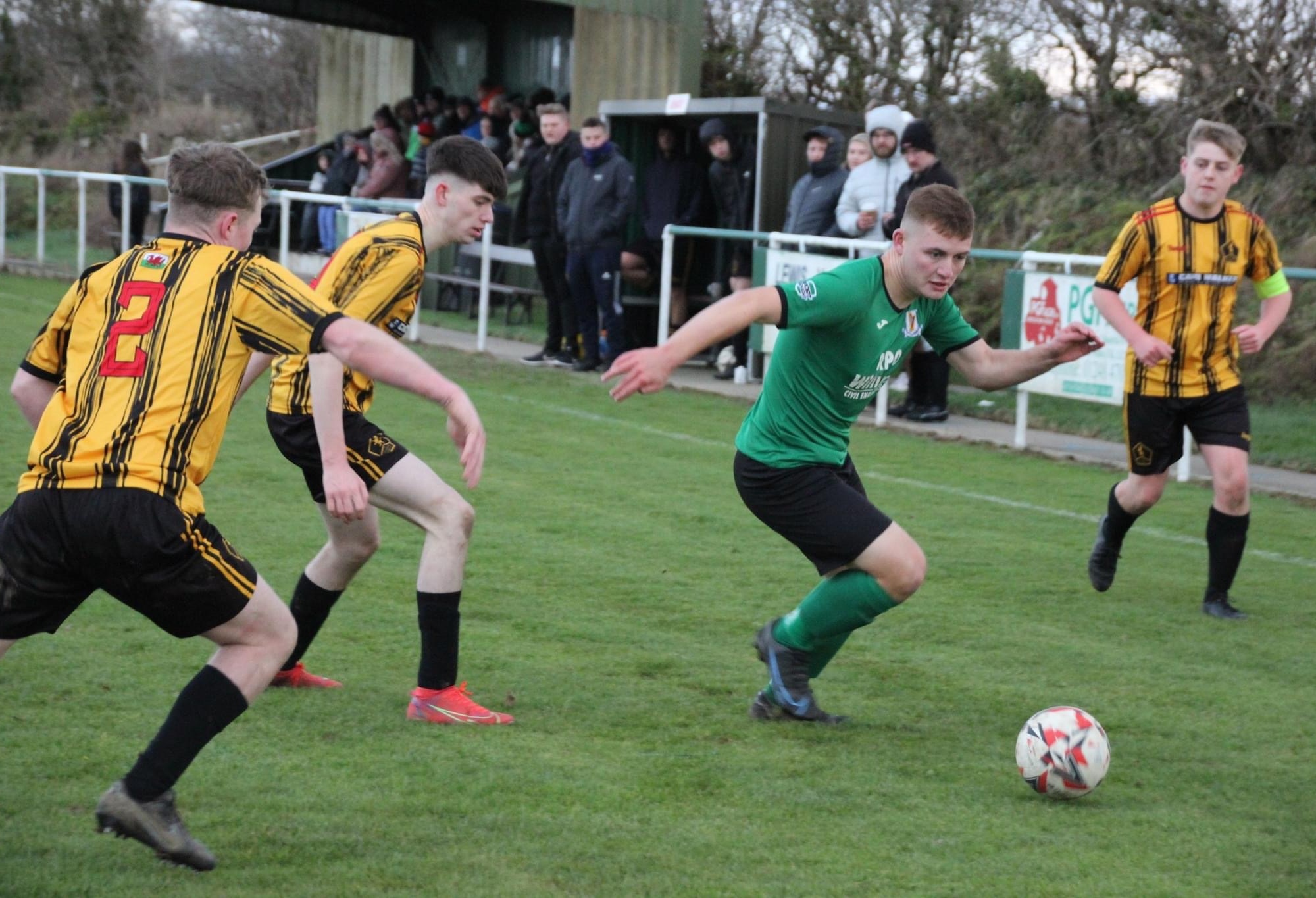 LLANERCHYMEDD were many people’s favourites to go and win the first-ever North Wales Coast West Division One title during pre-season and rightly so.

Medd bought a number of experienced players to Tan Parc during the pandemic lull, many of whom have played Welsh Alliance football previously.

And they’ve certainly not disappointed as yet, winning 13 of their 15 matches in the league, scoring 50 goals and conceding just 10 (the fewest of any team).

Their most influential player to date has undoubtedly been Gwion Thomas.

The 19-year-old attacker has netted 13 goals in just 15 matches this season and some of them have been absolute crackers too.

The former Gwalchmai star has been one of the best players in tier five with his great drive and eye for goal and should continue to prove his importance as Medd go in search of the title.