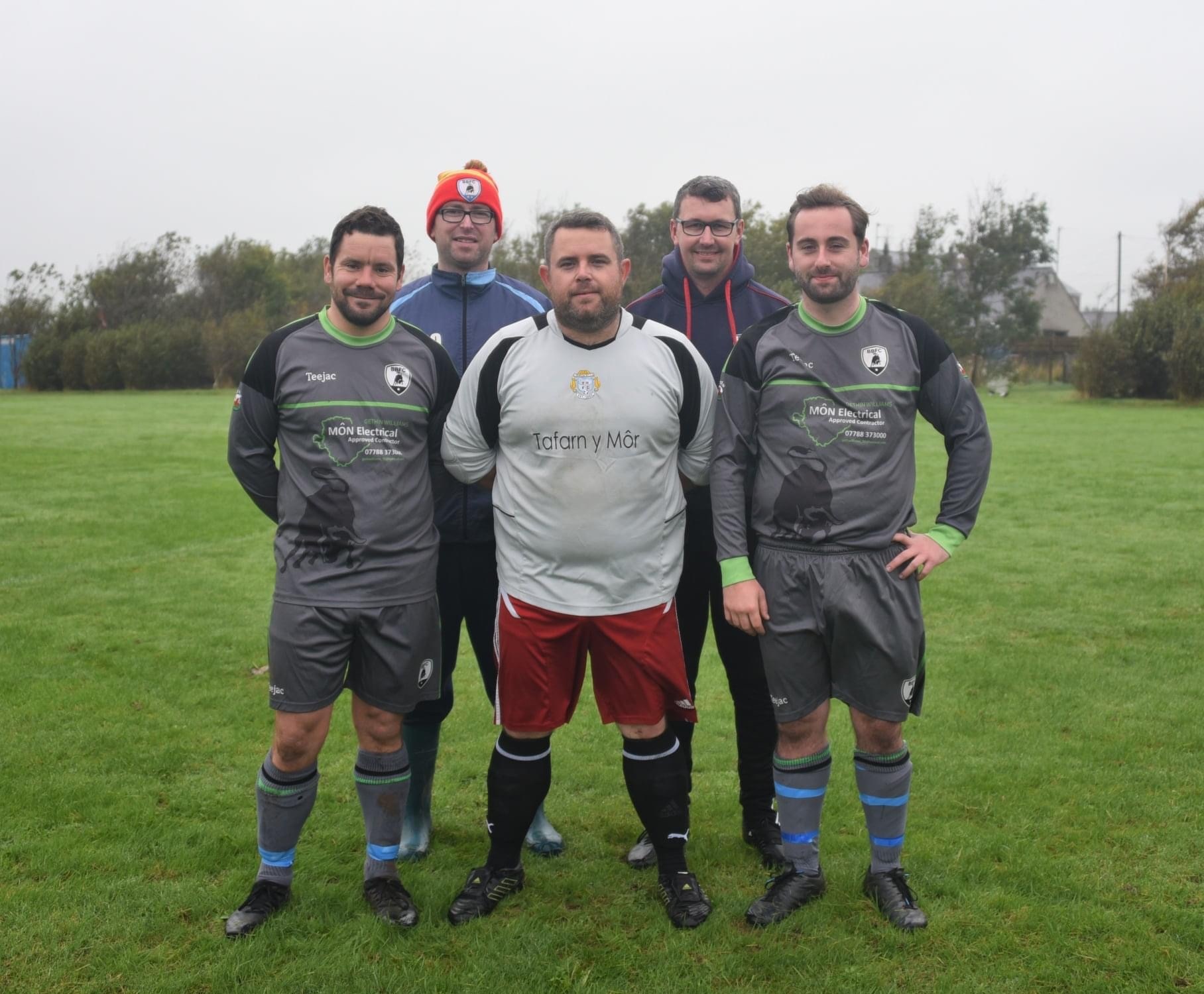 The fundraising day in Bryngwran collected more than £450 and was also used as an appreciation match for the 10 years of service Iolo Jones and Arwyn Williams gave to Bryngwran/Trearddur Bay Bulls down the years.

Before the club folded in 2020, having spent a season in the Gwynedd League after winning the Anglesey League in 2018/19, both Jones and Williams had been key players there for over a decade, taking the club from Sunday League football to winning many trophies in Saturday football.

Jones, now with Aberffraw, was captain and a very talented midfielder who always had great passion for the Bulls.

The same could be said for Williams, who can play in a number of positions, and is now with tier five club Cefni.

The day was arranged in order to raise funds in memory of Roy Sayle Sr (below), whose son Roy Jr, played as a goalkeeper for the Bulls as recently as 2018.

Roy Sr has been described as a ‘huge influence’ on a lot of players in junior football coaching and also helped guide Trearddur Bay to Sunday league success.

The match featured many a familiar face including; Mike Davies, Matty Roberts and Matty Reynolds (All now with Cemaes Bay), Tony Meyer (Holyhead Town) and Colm Foley (Caergybi) to name just a few.

The final score was 1-1. Matty Reynolds scoring before Luke Roberts equalised late on. The Bulls came out on top 5-4 on penalties.

A statement from the Bulls’ long-term manager Richard Owen, who was present on the day, said: “A typical wet Sunday league weather day you wouldn’t want it any other way as a lot of the old timers on show with everyone showing respect before kick off with a minute applause for Roy.

“The game itself was decent and reffed by Carl Hagan with a lot of players not kicked a ball in years, to be honest a few that played yesterday still haven’t kicked it after the game finished either but credit due to everyone that turned up a fantastic day all round finished off with both teams celebrating with a few pints after the match
The game went to pens with football really being the winner.

“Over £450 was raised on the day through kind donations, a huge thank you to everyone involved, the money will be donated to Cancer Research.”

Well done to all involved!