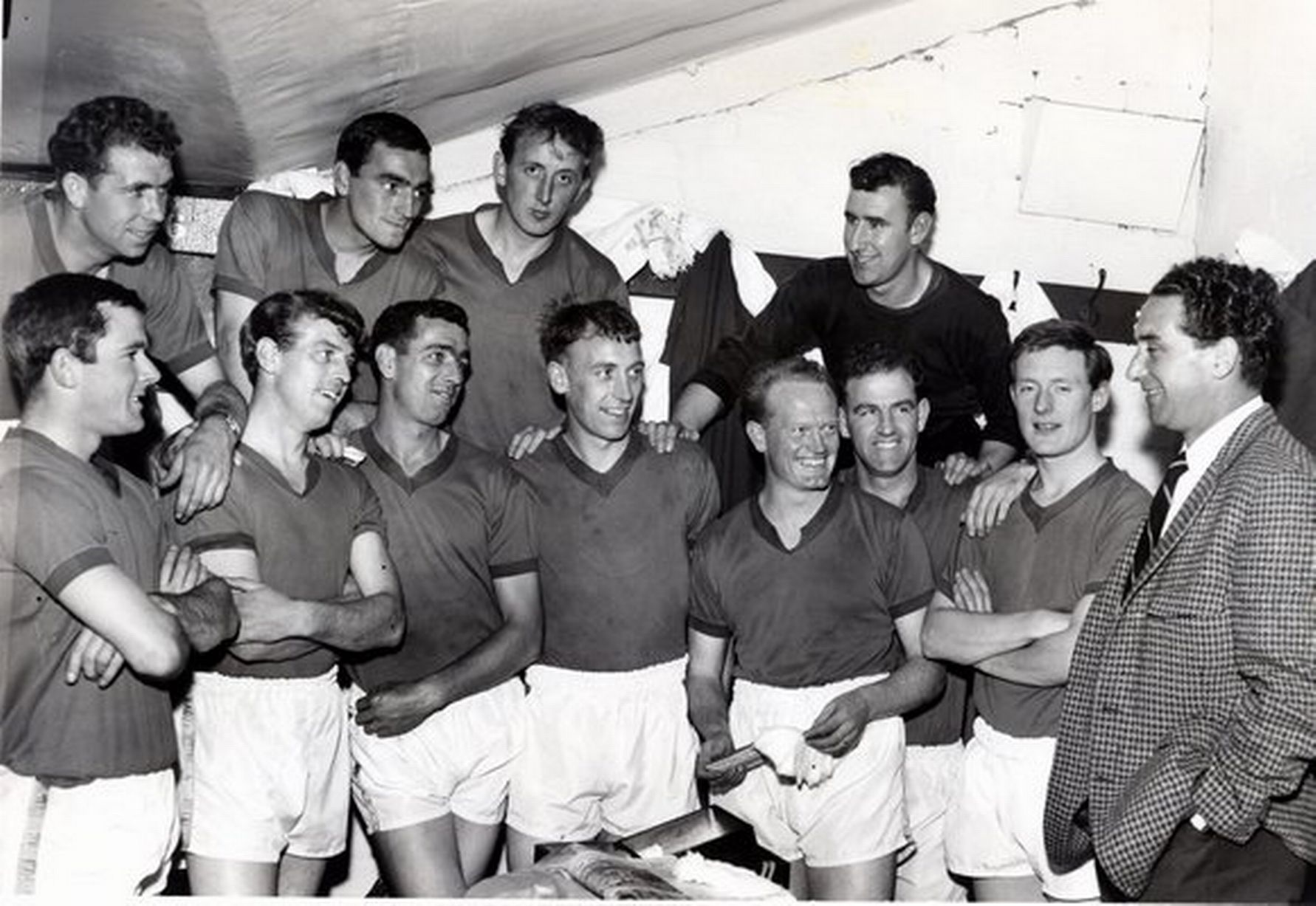 PICTURE BY WalesOnline shows the Bangor City team of 1962.

WHEN you think of great European nights you think of Barcelona 99’ or Istanbul 05’ but there’s a date in local football that will sit in Bangor City fans’ hearts forever; Napoli 62’.

This night is one that put Bangor as a whole on the map and still to this day is not forgotten about by so many people. Today marks the 59th anniversary of the occasion.

This fixture saw a packed Farrar Road host around 12,000 supporters and, in my own opinion, this is one of the biggest underdog stories in North Wales football history

Welcoming a European giant Napoli would always be a very tough task but for this Bangor side to go on and beat them put the club into the history books on that famous night.

This game was in the European Cup Winners Cup (Now known as UEFA Champions League) and Bangor City had qualified for the competition having beaten Wrexham 3-1 in a play-off.

The star-studded Napoli side had just won the Italian Cup and were arguably one of the biggest clubs in Europe at the time. At the time you could argue that there were no ‘well known’ players in the squad but, by now, they are all heroes in the club and indeed the competition’s illustrious history.

The Bangor City starting XI that night were:

Manager T. G Jones and his team would go onto become the only Welsh side to defeat Napoli to date.

In the first half of this historical game there were no big talking points apart from the Italians playing their normal pass and move football.

It took 43 minutes before the deadlock was broken at Farrar Road – Reg Hunter whipped a ball in towards 19-year-old Roy Mathews who struck the ball through a crowd of Napoli players and past goalkeeper Walter Pontel who was unsighted. Farrar Road absolutely erupted with passion as hundreds of City fans stormed the pitch (below) in celebration.

The second half was one full of missed opportunities as Bangor couldn’t convert many chances which came there way.

Napoli began to take the game to Bangor in the second half but the Citizens defence handled it and kept the visitors out. Then on 82 minutes City doubled their lead as the Citizens centre-forward Eddie Brown was hacked down in the Napoli box. Ken Birch slotted the ball into the back of the net and put the game to bed for Bangor City.

This is how the game then finished as the mighty Citizens pulled this giant killing off nearly six decades ago to this day.

In the second leg in Naples, the Italian giants put three past the Citizens but a Jimmy McAllister goal made it 3-3 on aggregate and third match was needed to decide the outcome. As such, the first round of the Cup Winners Cup would be decided at Arsenal’s Highbury ground in North London, where Napoli ran out 2-1 winners – Jimmy McAllister had equalised for Bangor once more but Rosa’s goal late on, after he had also opened the scoring, dumped the Citizens out after an incredible fight over three legs.

After many a difficult year off the pitch as well as on it, Bangor City FC are now starting to slowly but surely get back to their best. After suffering with financial problems a few years back they are rising back up the leagues and are fighting to get promoted from the JD Cymru North into the top-flight JD Cymru Premier.

With former Barnsley midfielder Hugo Colace – who also played for Argentina U21s alongside Lione Messi once upon a time – in the dugout, the Citizens are looking very promising. And, with a new academy system providing young players a route to the first team, there’s much potential for this club to be back at their best in years to come.