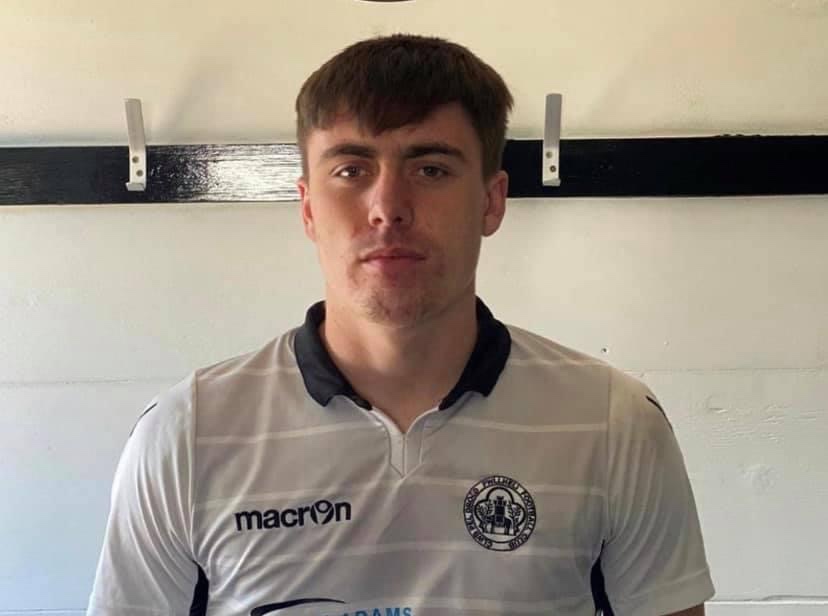 THERE has been much talk over recent weeks about Caergybi’s Louis Chapman busrting onto the North Wales Coast West Division One scene this season. And rightly so too.

But here is another young man who is virtually the tier four equivalent in terms of his goalscoring feats so far this season.

Attacker Steffan Toplis has really caught the eye at The Rec this season in particular but has been held in high regard by Pwllheli for many years now.

The 20-year-old (below) has worked his way up from through the club’s ranks and is now the first team’s star man in the North Wales Coast West Premier League.

The hard-working Toplis has been in unstoppable form for Pwllheli, bagging 12 league goals in just six matches so far during 21/22.

He scored twice against the highly-fancied Bangor 1876 in a match which saw Pwll push their opponents all the way only to lose 3-2 in the dying moments.

His most recent haul of goals came in the 7-1 win over Gwalchmai on Saturday – Toplis providing four of his side’s goals.

Pwllheli are currently sat in third in the tier four table, winning four out of their six matches and scoring the most goals of any team in the league (29 goals).

Toplis has obviously been a big reason behind that and it will be very interesting to see just how many goals he can go on to bag this season for his side.

I think it’s fair to say that the stars from the Llŷn Peninsula can often be overlooked due to their location on the map (and the fact that there is no regional newspaper which currently covers that area regularly) but this is one young player who is making a case for that area to be highlighted far more often.