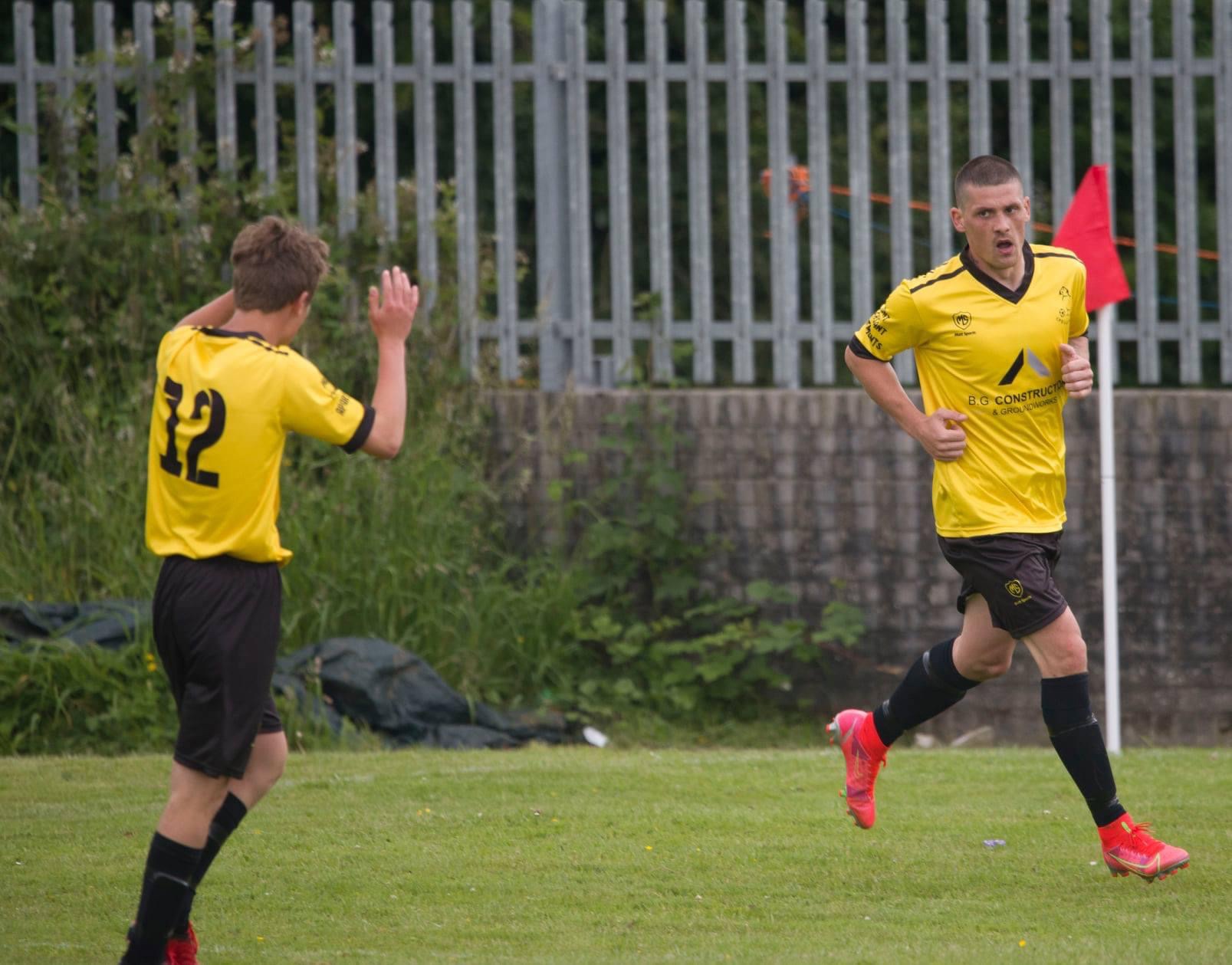 AFE is delighted to announce its brand new Players of the Month list for the first time – with players who stood out during July 2021 in North Wales Coast Division One.

In years gone by, we’ve always gone with a single player from the league. But, given that quite a lot can happen in the space of a month and so many players can stand out, we’ve decided to go with something different for 21/22.

That’s why we have gone with a shortlist of 8 players who made a real difference for their clubs during the opening month of the 21/22 season.

Attacker who burst onto the scene with a hat-trick in a 3-3 draw with Cefni before scoring two more goals in a 4-2 loss v Waunfawr.
Assisted two in the club’s first tier five win on Saturday – a 3-1 victory at Holyhead Town.
Bags of pace and is proving to be a sharp finisher too – a shrewd signing from Llangoed who picked him up from the now-defunct Llandegfan.

12 goals in just 6 matches in all competitions has put this promising young forward far in front in the goalscorers race.
20-year-old Chapman’s finest moment to date (arguably) came when he netted all four of his side’s goals in a 4-1 win over Mountain Rangers in the league.
He also netted against top of the league Talysarn in a 1-1 draw on Saturday, showing his ‘big game’ capabilities.
A lot of people are excited about him right now and with good reason!

The Beganifs’ main man has scored five goals in four matches in the league as his side have won 3 out of their first four matches.
He has scored braces against Llangoed and Bontnewydd.
Has been a great goal scorer for Waunfawr for a number of seasons now and this year is looking no different as they look to compete at the very top.

So many players could have been picked from the league leaders but we’re going with GHT for his contribution so far.
A headed goal in the big 1-0 win over the in-form Bontnewydd was followed up by a goal in a massive cup win over Pwllheli and a huge brace in the 3-1 win over fellow title-chasers Llanerchymedd.
The 21-year-old was Celts top scorer with 13 goals, as well as Player of the Season and Supporters Player of the Season in 2019/20. How many goals will he go on to score this season?

A top young talent who has really caught the eye so far for the Harbourmen.
The 17-year-old attacker has four goals in three matches and has been a real shining star in the team.
Kaine, who comes from a great footballing family, is a talented sportsman who has also been a boxer in the past but now he’s proving his worth to Town on the pitch.

A real underrated player in the division so far who has been Cefni’s key player.
The 30-year-old midfielder has impressed greatly so far notching 6 goals in his first five matches for the Llangefni side this season.
Two braces against Llangoed and a goal apiece against Caergybi and Llanystumdwy have placed him as one of the leagues top scorers so far in all competitions.
A real hard-working player too who always gives 110%.

Fali’s key player is this powerful forward who has notched up 5 goals in his first 6 matches of the 21/22 season.
Miles, previously captain and a midfielder at Holyhead Town, has played in a more forward role for Fali this season.
And that’s proved to be a smart move for the player and of huge benefit to the club as he’s looked very sharp so far.

In a team full of far more experienced players, this young midfielder/attacker has popped up with the goods for Llan on a number of occasions already this season.
The Caernarfon Town academy product, 17, has scored 4 times already for Meirion Grieves’ side.
A brace against Cefni really in particular caught the eye as one of his goals was a 25-yard screamer.
One to keep an eye on this season for sure!