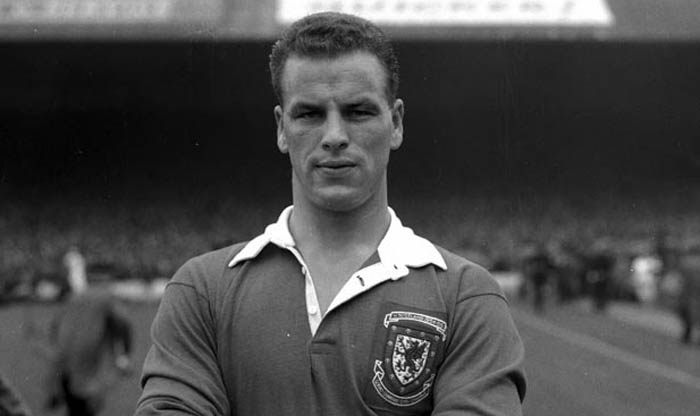 JOHN CHARLES is widely regarded as Wales’ greatest footballer of all time, with his slick play and lethal finishing culminating into a very successful career with the likes of Leeds United and Italian giants Juventus.

Born in Swansea in December 1931 during the Great Financial Depression, Charles’ love for the game was clear to see from the very start, playing alongside his younger brother, Mel, before joining Swansea City’s academy a year after the Second World War’s conclusion. After not breaking through to the first team with the Swans, he was offered a trial with Leeds United, with The Whites impressed by his all-round game.

Charles was played in several different positions whilst playing for Leeds’s reserves, including at right-back, centre-back and on both wings. Although he didn’t play in his most favourable position as a centre forward, he broke into Leeds United’s first team, playing in the heart of their defence. His debut came in a friendly against Scottish side Queen of the South in 1949, where he managed to keep their inform striker, Billy Houliston quiet throughout the game in a 0-0 stalemate. Houliston also revealed after the game that Charles was the toughest and most rigid opponent he had faced, encouraging the young Welshman in early stages of his career.

Blackburn Rovers was Charles’ first competitive game for Leeds, where he once again started in the defence. The Welshman put in yet another convincing performance at the back in another deadlock for The Whites. As was mandatory at the time, Charles had to serve National Service during the early parts of the 1950s, and was limited to the amount of games he could play for the Yorkshire side.

He then returned to the Leeds side in November 1951, where he was given the opportunity of playing in a more attacking role. Charles, however, remained predominantly in the defence until the 1952/53 season, where he was officially switched into a centre-forward by manager Frank Buckley. Once given the opportunity to play in an attacking position, goals came with no difficulty for the Welshman as he scored 11 goals in 6 games for the then second division side.

Charles was flourishing as an attacker, and quickly gained national attention by several clubs across the country. Leeds wanted to keep their star man so badly, they gave the Welsh wizard the captaincy for the 1955/56 season. Leeds United had not played in the First Division of the Football League for over 25 years, yet with Charles, they maintained confidence in believing that he would lead them to the top of the English pyramid. And the Leeds faithful were right to install their belief in their star man, as he led the club to promotion by scoring 29 goals in 42 games.

But Charles wasn’t going to settle for just promotion – he wanted to prove himself at the highest level. The attacker scored a 38 goals in 40 appearances in the league, helping Leeds on to securing a respectable mid-table finish of 8th position. The Gentle Giant may have had one of the biggest influences every by a single player on a Leeds United side in the history of their proud club, with his goal tally accumulating to 150 goals in 7 seasons for the Whites.

Charles couldn’t ignore interest from bigger clubs however and decided to leave Leeds to pursue a career with Italian giants Juventus. With the prospect of playing in a different country and culture, it was a too good of an opportunity to turn down. At the time, he signed for a record British fee of £65,000. Charles also became one of the first players from the United Kingdom to play for an overseas club, with John Fox Watson, who signed for Real Madrid in 1948, also a notable player to have signed abroad. Known as the Gigante Buonoby by the Juve faithful, Charles made his debut for the Old Lady in September 1957 against Hellas Verona. He made an immediate impact, scoring the winning goal in a tense 3-2 win and instantly becoming a fans favourite with the Italians.

Charles also scored decisive winners in his next two games against Udinese and Genoa, with this further evidence that he was a world-class footballer. Over the course of his first season with the Old Lady, he ended up as Serie A’s top scorer with 28 goals and won his first major honour of his footballing career, the Italian league Championship. To further add to his success in his first season in Italian football, he was voted as Juventus’ Player of the Season, continuing his legacy from Leeds United to Turin.

Winning the league championship in most European countries meant that you were entered into the European Cup (UEFA Champions League) the following season. This was Charles’ opportunity to announce his name on the global stage, and make a name for himself as one of the world’s best footballers, alongside the likes of Alfredo Di Stefano, Ferenc Puskas and Eusebio. Unfortunately for the Welshman though, he wasn’t given the opportunity to play in the illustrious competition, with the Old Lady exiting the competition at the first hurdle. However, Charles did end up winning silverware during the 1958/59 season, where he scored the opening goal in a 4-1 demolition of Inter Milan in the 1959 Coppa Italia final.

The following season was the Juve’s number 9’s best season during his footballing career, as he won the League and Cup double. The Welshman netted an impressive 29 goals for the season, 3 behind his formidable strike partner Omar Sivori. Two of his goals came in the Coppa Italia final against Fiorentina, in a match where he truly wrote his name into the Juventus history books. Charles’ final piece of silverware with the Old Lady came in the 1960/61 season, where he won his 3rd Scudetto. He also kept up with his consistent goal record of 16 goals during the campaign, though, struggled through injury during periods in the season. The gentle giant’s career at Juventus came to an end in 1962 after an impressive 5 years in Italy, where he scored 108 goals in 155 games. To put that into perspective, only Cristiano Ronaldo has a better goals per game ratio for Juventus than John Charles, who in 1997, was voted the club’s best-ever foreign player.

It could be argued that the Welshman took a step back in his career, when he returned to the club where he was idolised the most, Leeds United. The Whites were back playing in the second division, yet, Charles was convinced that he could do it all over again and turn the Yorkshire club’s fortunes around. Manager Don Revie paid a club record fee of £53,000 to bring the Welshman back. As a result, ticket prices at Elland Road increased for the 1962/63 campaign. However, the club legend struggled to re-adapt to the physicality of the English game, returning with a mere 3 goals in 11 games between September and December 1962. Clearly Revie believed that Charles wasn’t up to the task of returning Leeds back to the top level, and the then 31-year old was sold to A.S. Roma for £70,000. Having scored 15 minutes into his debut against Bologna, he never reached his full potential yet again, as he only scored 4 goals in Serie A. Many believed that the Welshman’s career was approaching the end, as the Welshman played out his final career playing days in the English pyramid in the lower levels with Cardiff City, Hereford United and Merthyr Tydfil. Eventually, Charles became player-manager for the two latter clubs, whilst still scoring at a good rate for Hereford.

At international level, Charles turned out 38 times for Wales, scoring on 15 occasions for his country. His highlight in a red shirt came in Wales’ only World Cup to date in 1958. He played in the opening matches of the competition but sustained a significant injury that kept him out of the play-off match against Hungary, and the quarter-final against a star-studded Brazil. Wales exited the competition at this stage, however, when former Manchester United coach and Wales manager Jimmy Murphy was questioned whether the influence of Charles was missed, he didn’t hesitate and was confident that Charles would’ve led Wales to victory and secure a place in the Semi-Final. Perhaps some may argue that Charles’ Wales career was underwhelming, however, the fact can’t be ignored that, had not have played during the qualifying campaign for that World Cup, perhaps Wales would never have reached a major competition, as he had such an influence.

Across a career that spanned 22 years, Charles made 710 club appearances, scoring 370 goals, averaging around a goal every two games.

For his services towards the game, Charles was awarded a CBE award by Her Majesty the Queen in her 2001 Birthday Honours. In 2002, he was made the FAW’s Vice-President, and was inducted into the English Hall of Fame. By 2003, the legendary forward was given the honour of freedom of the city of Swansea. To further show Charles’ legacy, the West stand of Elland Road was named in his honour too: “The John Charles Stand”.

A day no Welsh person nor true football fan wanted to come was on February 21, 2004, as Charles sadly passed away at the age of 72. His legacy continues to live to this day though, with the late Sir Bobby Robson commemorating his career, likening him to greats such as Pele, Diego Maradona, and George Best. Tottenham Hotspur legend Jimmy Greaves also compared him to one of the best players to have played game, putting him into the best XI that Britain has ever produced. Perhaps what may also stand out during Charles’ illustrious career is that he never received a red card throughout his career, further evidence to show his great understanding of the game and his ‘gentle’ nature.