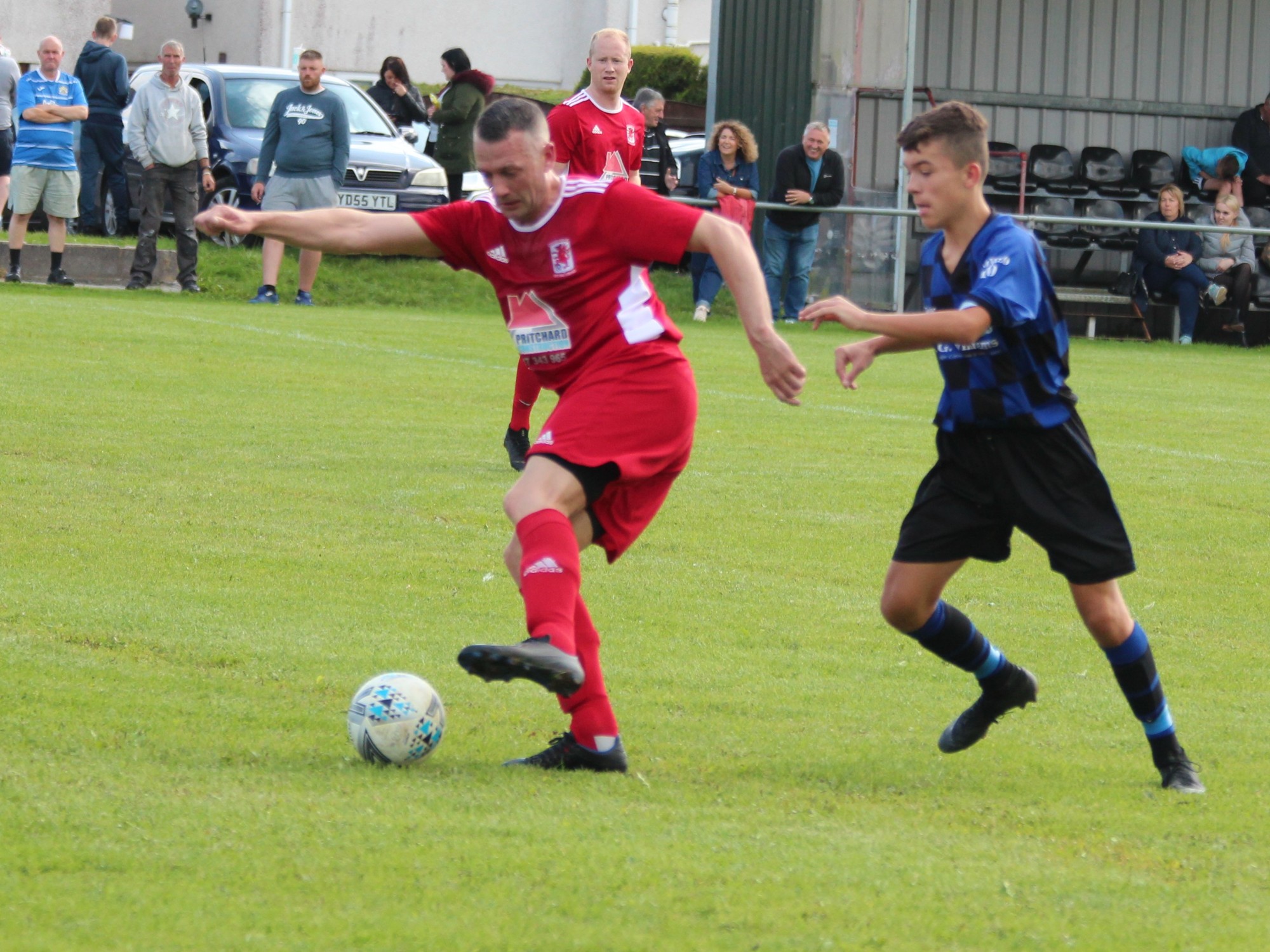 Andy Williams will again play for the Bay in the 21/22 season as they embark on a new journey in North Wales Coast West Division One (Tier Five), having won the last ever Anglesey League in 2019/20.

Having spent the majority of his playing career at Bro Goronwy FC, who are now taking a season out of the game, the forward arrived at School Lane ahead of the last season and scored 19 goals in all competitions as Bay pipped Mountain Rangers to the title.

They’ll be hoping for more of the same from Williams in the upcoming season which kicks off with Cemaes Bay against Llanerchymedd on Friday, June 2.

The experienced attacker (below) first made a name for himself in Saturday League football at Cemaes’ arch-rivals Amlwch Town, having transferred there from then Sunday League side Pentraeth. He went on to hit 145 goals in just four seasons at Lon Bach under manager Nigel Ault during a successful period in the club’s history.

Over at long-term club Bro Goronwy, he’s quite rightly regarded as one of, if not THE, best player to have represented them in the 21st century. His exploits for the side down the years were incredible.

Having adjusted from being a winger into a forward as a 33-year-old in 2014/15, it turned out to be one of the best decisions both Williams and the Cae Nerys club could have possibly made. After that campaign, he went on to bang in a total of 106 goals in just eight seasons. All in all, he managed 149 goals in just 177 appearances for Bro.

During his time with Bro, Williams enjoyed many a success – the most important of which was arguably securing promotion to the Gwynedd League by winning the Anglesey League in 2015/16. In the title-decider v runners-up Llanfairpwll, he netted a hat-trick as Bro won 4-1.

Upon moving to Cemaes, he continued to prove his talent as he finished as their second top scorer behind Steven ‘Tyco’ Whittaker last season. His experience and guidance was vital to Darren Thomas’ side.

Having now re-signed for the Bay, he is re-united with a familiar face – Lee Potter – who was his manager for many a year whilst with Bro Goronwy and joined the Cemaes management team alongside Thomas and Alan Gray last year.

Several former team-mates of his, including Liam Griffiths and Gareth Jones, have also landed at School Lane for the season ahead.

Happy birthday Andy, I hope hitting the big four-o is an occasion to remember for you and all the best with the season ahead!