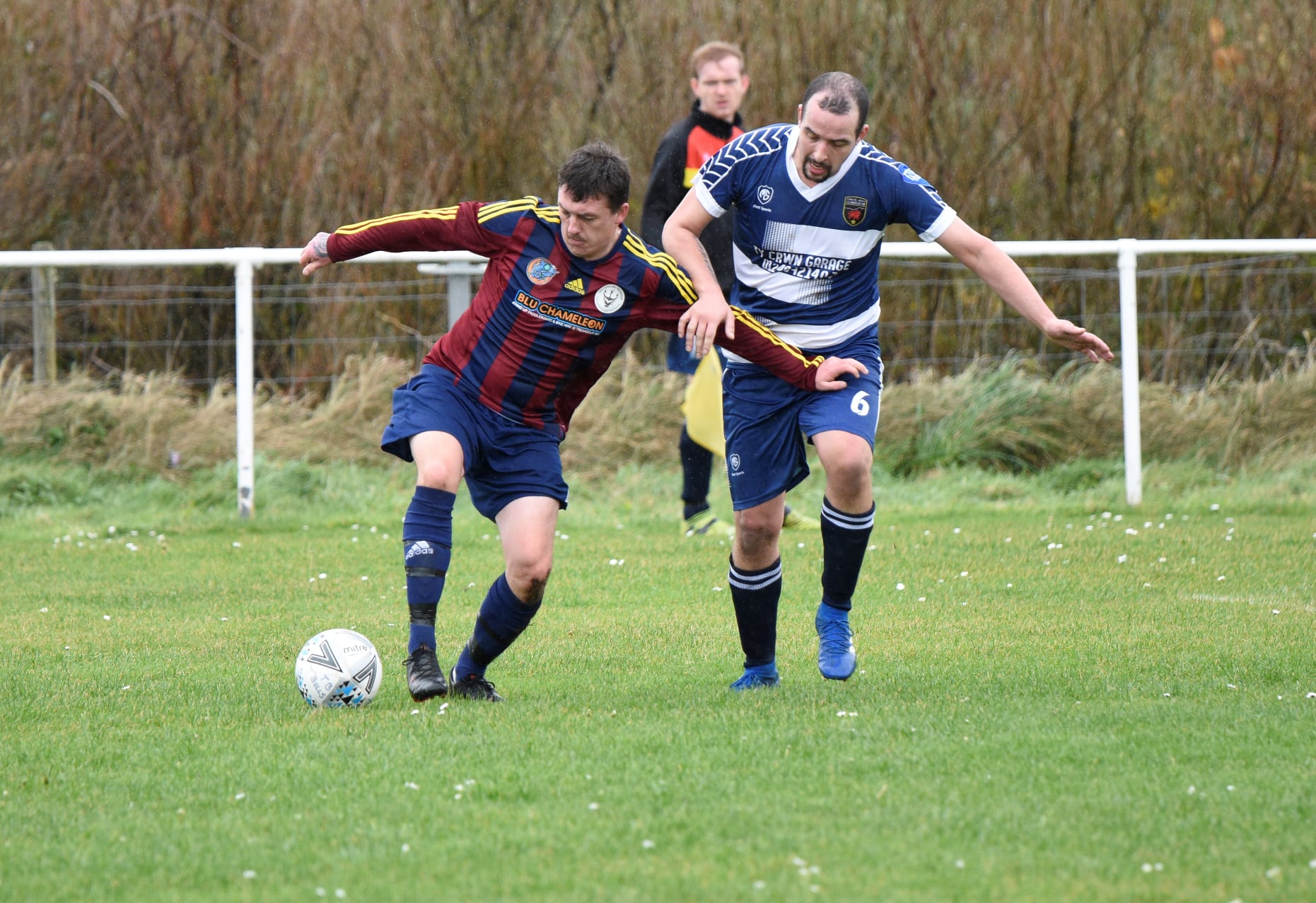 BODEDERN ATHELTIC have boosted their side tremendously with the acquisition of one of Anglesey’s greatest-ever goal scorers, as well as one of the island’s brightest young talents.

Ahead of the new season in North Wales Coast Premier (tier four), Ricky Williams’ side have added the talented duo of Asa Thomas and Casey Gregg to their ranks.

Both players were last with Trearddur Bay Bulls in friendlies but have now made the switch to the Green and White Army.

Striker Thomas will be a well-known name to so many on Anglesey and beyond for his goalscoring exploits over the years.

He’s a player who actually had more goals than what the history books will state when we look back on 2019/20 in years to come.

That is because, the goal machine that is Asa Thomas (below) scored 19 goals for Holyhead Town in Welsh Alliance Two before the club folded in December 2019 (and their Reserves side in the Anglesey League subsequently became the first team), meaning that those goals he scored were expunged.

As a result, the first of two goals he scored for the ‘new’ Holyhead Town in a thrilling 7-6 win at Bodorgan in the Anglesey League, proved to be his 500th career goal and his first official goal of the 2019/20 season.

Soon after, Thomas made the switch to local rivals Holyhead Hotspur, where he went onto score six goals for The Reserves in the Anglesey League and four for the first team in Welsh Alliance One before the season came to an abrupt end due to the coronavirus pandemic.

So, his official tally for last season was 13 but technically speaking he did actually score 32 across three different levels of the Welsh pyramid.

The 29-year-old currently stands on 512 official goals amassed during a free-scoring career on the island and is widely-regarded as one of the best players, if not the best, on Anglesey over the last decade or so.

Gregg (below) has also really caught the eye ever since bursting on to the senior scene with Holyhead Hotspur Reserves back in 2018.

The 19-year-old, who’s uncle Dan also played in the Anglesey League for Cefni last season, was my Young Player of the Season in 2018/19 as he enjoyed a memorable campaign and even scored a memorable header as Hotspur beat Pentraeth Reserves 4-1 in the Megan Cup final.

Gregg, who can play as both a winger and an attacking midfielder, was a quality player within Tom Scott’s side once more in 2019/20 as he notched up ten goals for that young Reserves side who impressed and finished third in the AL.

He has shown ability way beyond his years already and I’m sure he’ll thrive under manager Ricky Williams’ guidance in 21/22. Two more fantastic addictions to Boded who should be chasing the title in tier four next season.