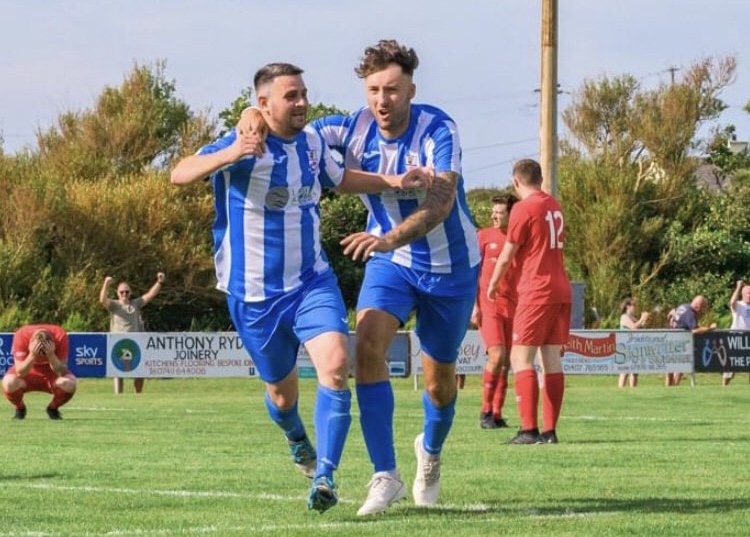 WITH the transfer window now officially open and the fixtures for the 21/22 campaign arranged, clubs are getting busier and busier when it comes to signing new faces to bolster their ranks.

Here are just some which have taken place in tier four and five over the past week or two (which I haven’t covered yet!) …

Glantraeth have announced the signings of two top young players in Robert Boyes and Nathan Harris, both of whom represented Llandegfan in the 2019/20 season.

Both players are technically gifted and can play in a number of positions too, making their versatility a great asset to Glan ahead of the new North Wales Coast West Premier campaign.

The defender has experience at the top level in Wales having played in the Cymru Premier during spells with Aberystwyth and Bangor City and will take on the role of fitness coach alongside his playing duties at tier four side 1876.

They followed that up with another top class signing in the form of former Bangor City man Chris Jones, who was last with Holyhead Hotspur in the JD Cymru North.

The 35-year-old midfielder-turned-attacker opened his 2019/20 campaign in fantastic fashion with a hat-trick in Hotspur’s 9-2 demolition of Prestatyn Sports. And he went on to fire in a further 14 goals in what was a memorable campaign for both the player and Hotspur as they won Welsh Alliance One.

Jones is a former Leeds United, Bournemouth and Limerick player and is, of course, very well known to Bangor City supporters.

In a decade spent in Wales’ top-flight, he played for Llangefni Town, Porthmadog and, predominantly, Bangor City, featuring in 175 matches for the Citizens, scoring 37 times. It is his late winner v Honka Espoo of Finland in the UEFA Europa League qualifiers at the Racecourse, Wrexham in 2011 that will go down in the history books for City as one of the clubs finest European nights in recent memory.

Now he arrives at Bangor’s phoenix club where he will no doubt prove to be a quality addition to the side and provide the goals alongside former City team mates Les Davies and Michael Johnston who are both also at 1876.

Sticking with tier four and Penrhyndeudraeth, now managed by former Caernarfon Town and Llandudno boss Iwan Williams, have announced the signing of Aaron Griffiths – a left footed player and set-piece specialist who his manager says will be ‘a real asset’ to the club.

In tier five, title favourites Cemaes Bay have continue to keep themselves busy in the transfer window. Lee Potter and Darren Thomas’ side have added former Bro Goronwy defender Gareth Jones to their squad, as well as rapid former Fali winger Owain Roberts who will both certainly been great additions at School Lane.

Those two will join the likes of the versatile Taylor Jones and defender Lewis Connor who have also recently made the switch over to the Bay.

Bodorgan have also added a new face in the form of Geraint Jones from Gwalchmai who the management team say will be a great signing for the club.