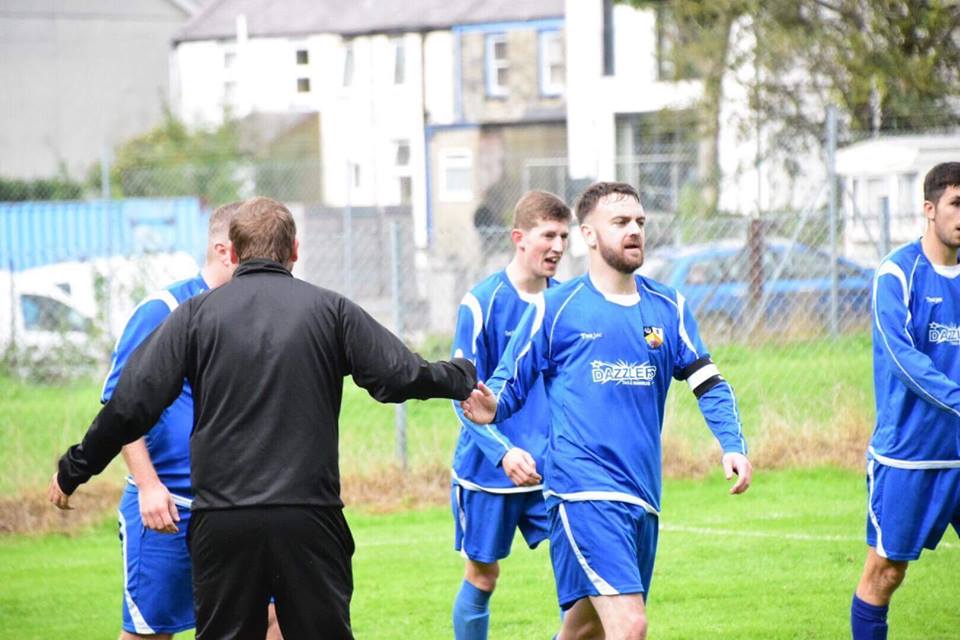 ONE OF Anglesey’s most prolific goal scorers of the 2000’s has returned to the club he broke his career best number of goals back in 2018.

Striker Gary Jo Owen will play for Caergybi in North Wales Coast West Division One (tier five) in the 2021/22 campaign and will be looking to add to the tally of 209 careers goals he’s scored to date.

It was with the same club back in 2017/18, Cybi’s first season of existence, that he scored 58 goals to earn the Anglesey League top scorer award and beat the 57 he previously scored for Morawelon back in 2013/14.

A record breaking season was capped off in the most memorable way for Gary Jo that year as he notched the winning goal (and the all important 58th) in a 3-2 Megan Cup final win over Bryngwran Bulls to help Cybi secure some silverware in their very first season as a club.

Over the years, he’s built up a reputation for being one of the best finishers around and is a real fox-in-the-box type player who just knows where to be at the right time.

A familiar name to so many by now, the prolific forward first burst onto the scene in 2011/12 with that Morawelon side, in a season in which he scored 27 goals. He followed that up with the 57 goals he scored for the same side in 2013/14, making him the island’s top scorer across all North Wales leagues that season.

After Morawelon, Gary Jo went on to play for Gaerwen where again he showed great promise. He then moved to Bodedern Athletic in the Gwynedd League and continued to be their main goal grabber.

After that memorable season in 2017/18, he continued to play for Cybi and even re-occurring injuries in the following season (2018/19) couldn’t stop this goal machine from hitting well into double figures for both Caergybi and Holyhead Town. He managed 17 for Dale Moffat’s side and 12 for The Harbourmen despite missing several matches throughout the campaign.

In 2019/20, Gary Jo notched up 16 goals for Holyhead Town in Welsh Alliance Two but, with the club folding in November 2019, that tally was subsequently wiped off the slate. As a result, the three he later scored for Caergybi in the Gwynedd League were the only ones that counted towards his official goalscoring record that season with the campaign ending abruptly due to the Coronavirus pandemic.

Over the years, he has of course formed a formidable partnership with good friend and fellow prolific forward Asa Thomas with the pair playing and scoring alongside one another at several clubs including Morawelon, Gaerwen and Holyhead Town.

The pair were briefly reunited at the Bulls after they put pen to paper with the club last year and showed great promise once more in friendlies.

However – Owen will now return to Millbank with Cybi and will no doubt get straight back to terrorising defenders once the season begins.

The club has added some serious quality to its ranks in recent weeks and looks as though it should be competing for everything in tier five next season.