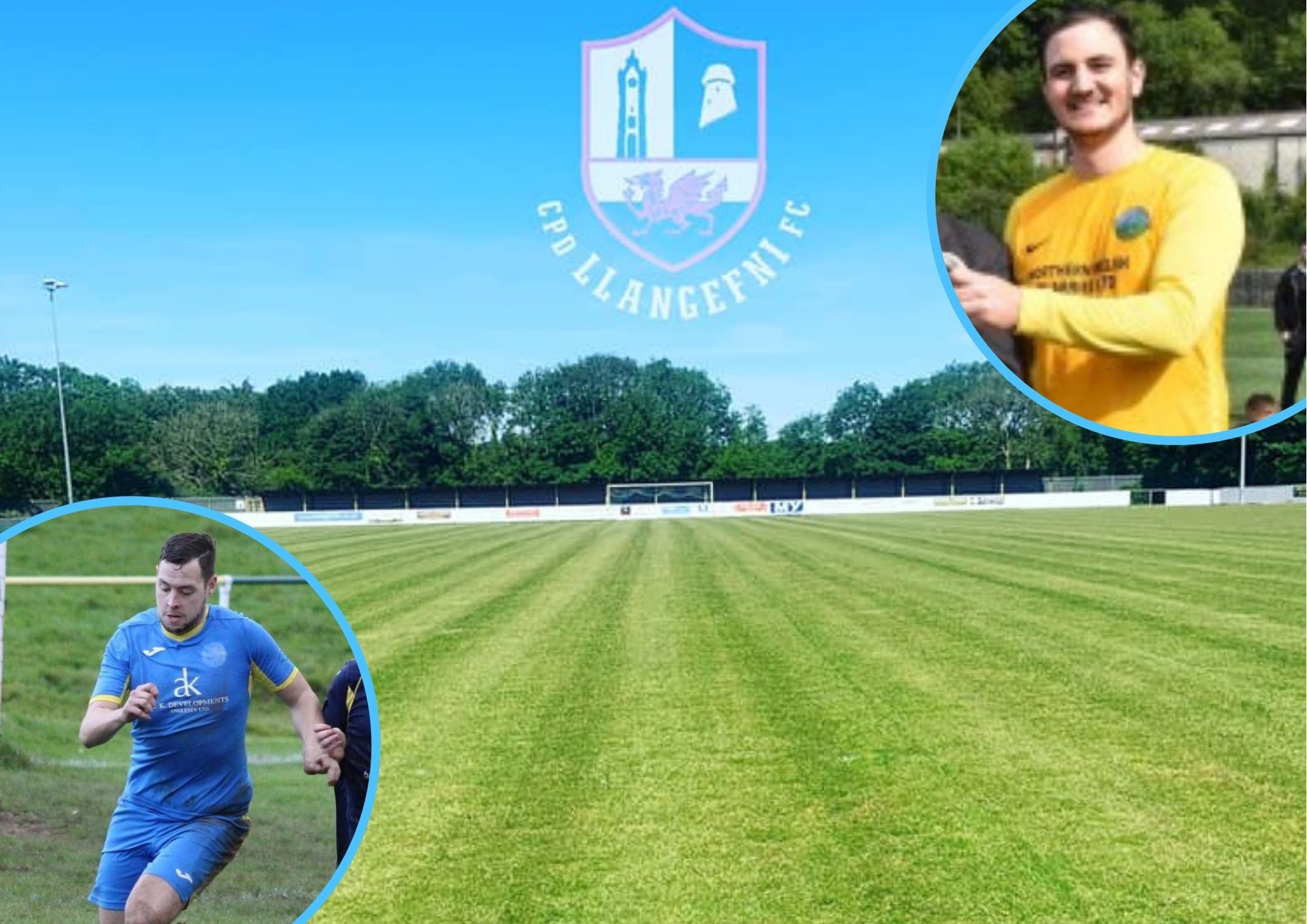 LLANGEFNI Town Reserves are set to embark on a new chapter in the club’s history, with two great young coaches taking over the reins.

Previous manager Gafyn Buckland was in charge of the Reserves for six seasons.

However, the 35-year-old, whose father John also previously managed the team, made the decision to step down from the role back in March, having helped more than 30 players step up to the Llangefni Town first team.

Now, Sion Jones and Mike Williams are to step in to fill the void left behind by Buckland as manager and assistant manager respectively.

27-year-old Sion has been involved as a coach with the likes of Porthmadog Reserves previously and will also be familiar to many as a centre back.

Mike (above), also a centre back in his playing days, was captain of the Mynydd Tigers side which won the Anglesey League back in 2017/18. He then managed the club as it became ‘Ogwen Tigers’ after promotion to the Gwynedd League.

Talking about the pair’s reasons for joining the club and their plans for the future, Jones (below) told AFE: “Llangefni is a huge club. I played for the reserves under Gafyn a few seasons ago and enjoyed my time there. I had an interview with the board regarding the reserves position and everything that was told to me at the interview stage about how the club was run just confirmed that I was making the right decision taking over.

“The facilities are second to none here and will play a huge part in helping the development of the youngsters and hopefully help them on the journey into the first team fold. Development is my main objective here, judge me on that. If I don’t get any lads making the step into the first team setup then I’m not doing my job right.

“I’m excited to work alongside Chris (Roberts, Llangefni first team manager), he’s a great manager and I hope to get a great working relationship with him. I also can’t wait to get to work with Mike Williams as my assistant, and also having Allan Rowlands (Rolls) and Llyr Roberts, a great young coach to carry on at the club as part of my backroom staff.

“Mike and I played together about eight seasons ago at Llangefni and after speaking to him I could see he has the same ambitions as me for the club. We will work together in the development of the youngsters to step up from a pressure-free environment to be used as a stepping stone for them to make the jump from youth football to men’s football and eventually push for the first team.“