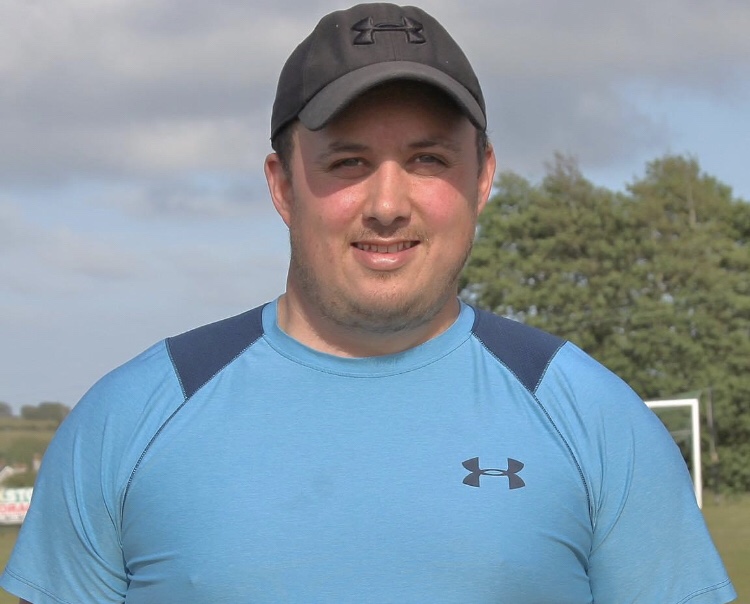 IWAN WILLIAMS was one of several ex-personnel to return to Llanerchymedd in 2020 as the club ‘got the old band back together’.

Much like with Cemaes Bay ahead of the 2019/20 Anglesey League season (a season in which they went on to be crowned champions), Llan brought back a number of familiar faces as they prepared for life in the newly-formed North Wales Coast West Division One (tier five) in 2020/21.

And whilst that season unfortunately never went ahead due to the Covid-19 pandemic, Williams believes there are great times ahead for the club when football does return in the not-so-distant future.

The 37-year-old said: “I have big hopes for the club when we eventually restart. Our main target is to keep everyone we had with us this season for next season, build on this with a few cracking young lads coming through as well and see where that will take us on what will be a very tough Tier five League to compete in.

“The lure of coming back to Llan this season was the fact that Meirion Grieves was coming back to his role as Manager and the old band of players were coming back as well after seasons away with other clubs. I didn’t have to think twice when Mei asked me to re- join him on the coaching staff – I was really excited to get started again with the club I grew up playing and now coaching and to get former players back again was excellent news for the club.”

Williams returns to his home village club ahead of a new season after a spell away with Gwynedd League club Bro Goronwy in the 2019/20 campaign where he was one of the more experienced players in the side.

During his playing days, he’s shown great versatility – having played everywhere on the pitch from up top to full back and centre half. He has also played for Amlwch Town in the past, as well as the Marquis (Rhosybol) and Llanerchymedd Bulls at Sunday League level back in the day.

Football is undoubtedly one of Williams’ greatest passions in life and that has translated into great success in the local game. As a player, he has won the Anglesey League, the Dargie Cup, Megan Cup, Thomas and Williams Cup, Elias Cup, the Gwynedd League, Gwynedd Cup, Safeflue Shield and Bob Owen Memorial Shield.

Of all of those, it is the Safeflue Shield final that will forever stuck now the memory of Williams. That’s because he scored the winning goal in a win over the now inactive Beaumaris Town at the end of the 2012/13 season.

Recalling that match, Williams said: “One of the highlights of my playing career would be scoring the winning goal in the Safeflue Shield Final for Llanerchymedd against Beaumaris in 2013. With the game poised at 2-2, Gareth Parry who was a great servant and magnificent and successful Manager with Llan decided to send me on the field – and the rest is history. I scored the winner with extra time looming and secured the trophy for Llanerchymedd. Definitely one of the highlights of my career no doubt.

“Other than that, I’d go with making my debut at 16 for the Sunday League team in Llan under Meirion Grieves, will never forget it – we won the League Cup and finished Runners up that season. Winning the Gwynedd League in Season 2013/2014 was definitely a highlight of my career as well. Probably one of the best teams Llan has ever produced that season under Gareth Parry.

“Another standout was when we beat Amlwch in the Elias Cup Final in Cemaes 4-1. Amlwch had a fine season winning a few trophies themselves that season and were hot favourites to win against us and no one gave us a chance to win, but we turned out a magnificent performance to turn them over convincingly to win the Cup.

“On the flip side, the lowest point of my career would definitely be leaving the set up at Llanerchymedd for Season 2019/20 – having done so well the season before in Welsh Alliance League 2 to finish fifth in the League.”

Williams has been heavily involved in football since the age of 16 – having rarely missed a match in one capacity or another ever since. That, of course, means he has both played alongside and come up against some of the best players around over the years.

Commenting on that, he said: “The best players I’ve played alongside would be; Chris Evans – a superb talent and player, fantastic leader on and off the pitch, pleasure to play with, Andrew Roberts – Another player that was a pleasure to play with, lovely ball control and vision every time, Kevin Wallis – A player that was always 100% committed to every game. Strong, powerful and always had an eye for a goal, Gwyndaf Owen – A player that I grew up idolising and taught me a lot about football, had the privilege to play with him for a few seasons as well, a superb talent and definitely one of the best to come from the village.

“I could go on and on with my list but special mentions as well go to players like Arwyn Hughes, Liam Fallows, Tomos Jones, Dewi Thomas, Matthew Jones, Andrew Bailey, David Louis Williams, Karl Ashworth, Deion Evans that I have played alongside as well – brilliant players in their own rights without a doubt.

“In terms of opponents – that’s a tough one as I have played against a few great players in my playing career. Probably if I had to choose a couple it would be Craig Evans of Gwalchmai and probably Sam Carter of Amlwch and Bro Goronwy at the time. Both different types of player but brilliant players at their respective positions. Also have to mention Barry Haigh and Tom Taylor, as well as Wayne Williams who played for Llangoed as a left back years ago – brilliant player.”

Now back at Llan, Williams has taken up the assistant manager role once more under Meirion Grieves, having previously held that position between 2016 and 2019.

Following a year like no other due to the pandemic, he admits it’s been difficult trying to keep players interested when there’s no football taking place. He adds, however, that they all remain in ‘good spirits’ ahead of a potential restart in weeks to come.

Williams said: “It’s been very hard – the group chat has been very quiet to be honest with the uncertainty of local football and also with the news of the cancellation of all football from Tier 2 downwards, it has been hard for the lads to keep motivated.

“I have spoken to most of them individually over the last few months and fair play they are still in good spirits and hopefully when we get a date to get going again, we will begin preparations ready for Season 2021/2022 and go again.

“What I have missed the most last year is the routine of Football on a Saturday. Saturday’s has always been a day of local Football for me since I turned 16 and played Senior Football – nothing beats it.”

Closing the interview with AFE, Williams said: “I just want to thank you for taking the time to ask me some questions about my football career. It was a pleasure to reminisce back on good times and bad times throughout the years.

“No doubt I have missed out on a few things and I apologise for that, but I have had the privilege to be involved with excellent players, individuals and teams over the past 20 years.”