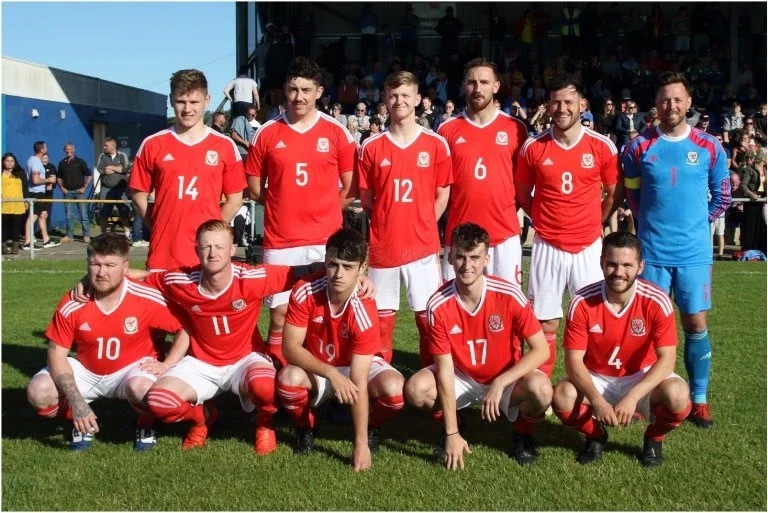 FOR ME, these two are two of the best footballing brothers around on Anglesey having consistently impressed at Welsh Alliace level for a number of seasons now.

These days, both Ryan and Jordan play their football for their home village club of Bodedern Athletic who will play in the newly-formed North Wales Coast West Premier (tier four) when football resumes in future.

Ryan (below) previously played for the likes of Holyhead Hotspur, Llanerchymedd and Gwalchmai and also played for Porthmadog briefly before returning to Boded. He even had a spell in New Zealand with Melville United once upon a time!

The speedy left winger, who turned 27 earlier this month, has been a key figure for Ricky Williams’ Boded side for a number of seasons now. He was vital in the season they won the Gwynedd League in 2016/17 and again when they earned a second consecutive promotion to Welsh Alliance One in the following season.

The energetic Ryan, who can also play as a full-back, was also one of the stars of the tournament when Ynys Môn men won gold at the Inter Island Games football tournament in the summer of 2019. He never stopped working hard for Campbell Harrison’s side as they were crowned champions on home soil.

Brother Jordan (below) was also part of that sensational success for the island’s team during that memorable summer. His story is an interesting one as he’s shown real versatility down the years for the Green and White army.

Despite having been a winger/full back like his brother for a number of seasons, the 2018/19 campaign saw Jordan put on the gloves and get in goal for Boded in Welsh Alliance One. That proved to be a fantastic decision for all involved as he put in some fantastic performances in net as Boded narrowly missed out on the WA1 title to Llangefni Town.

The former Amlwch Town juniors player was proved he was a top player by effortlessly switching position to help his side out.

The Taylor brothers are without a shadow of a doubt two of the most talented and hard-working players on the island who deserve a lot of credit for what they’ve done for their home village club and for the island team also.