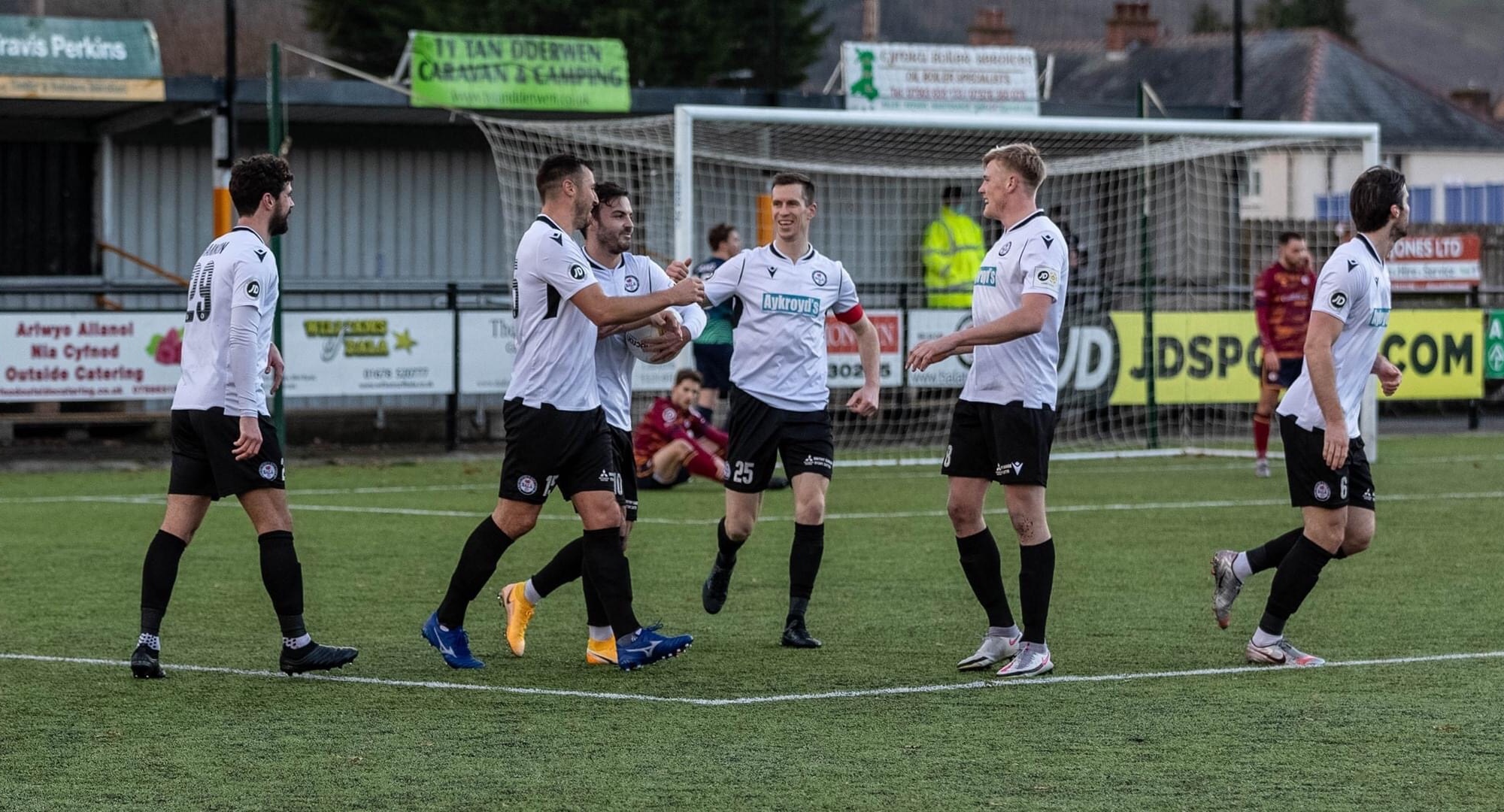 PICTURE: Clubs such as Bala Town will return to action in the JD Cymru Premier next month.

IN THE latest twist of the saga that is Welsh football’s return to action, clubs operating at tier two level (JD Cymru North and JD Cymru South) have not been granted ‘elite status’ and will therefore not return to action any time soon.

The Football Association of Wales (FAW) had planned for clubs in tier two and the JD Cymru Premier to return to the pitch next month. But, now only top-flight clubs (including the Women’s Welsh Premier League) will do so after the National Sports Group granted them elite status.

Although the country remains at Alert Level 4 of the Welsh Government Control Plan, clubs in the Cymru Premier and Welsh Women’s Premier leagues can prepare for the resumption of fixtures under the FAW’s strict Return to Play COVID-19 protocols.

With the exemption of those clubs with professionals who cannot carry out their work from home, i.e. the likes of Bangor City, Tier 2 clubs are not permitted to return to action until the country either enters Alert Level 3 or the NSG grant ‘Elite Status’ to the leagues.

Confirmation of the rescheduled fixtures for the JD Cymru Premier and the Orchard Welsh Premier Women’s League will be announced in due course on CymruFootball.Wales.

Another disappointing blow to local clubs such as Holyhead Hotspur and Llangefni Town who were hoping for good news come March time.