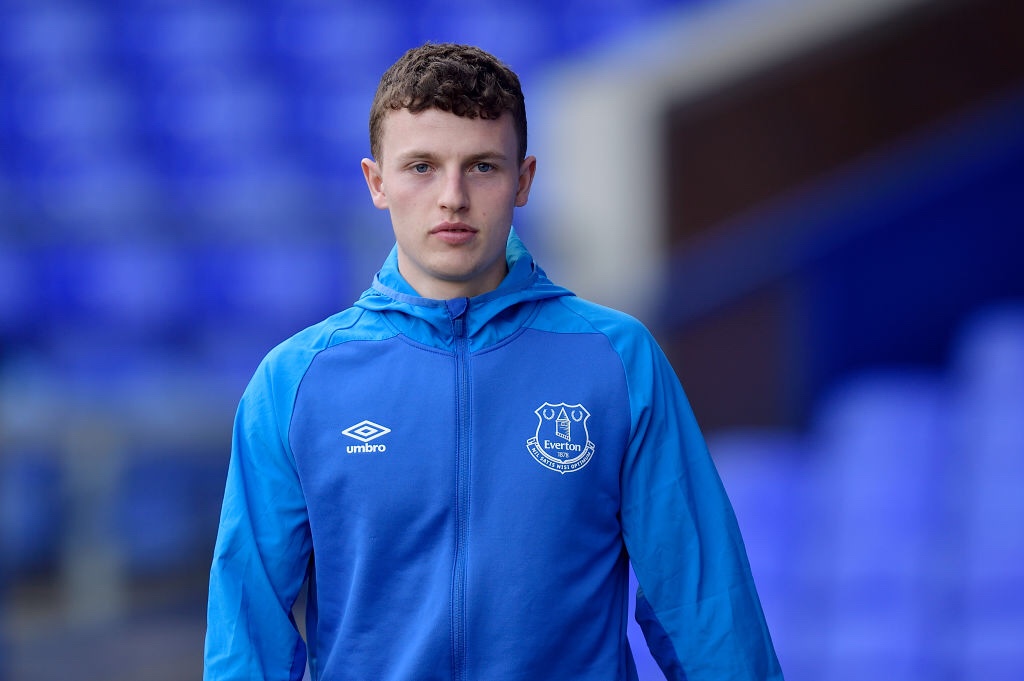 BANGOR-born Nathan Broadhead is simply on fire for Everton’s under 23’s side at this moment in time. Which begs the question; how long will it be before we see him have some first team action?

The winger/attacker’s latest brilliant performance for David Unsworth’s side came as he netted a hat-trick in a 4-1 win over Manchester United’s under 23’s on Monday night.

And he was that good in that match that he could’ve had quite a few more goals under his belt too.

It’s no doubt a frustrating time at the moment for the young Welshman, 22 years old, as he seems too good to be playing in that set up and yet, in Everton’s eyes at least, not quite ready for the first team. A loan move to an EFL club in January would certainly have been beneficial I’m sure.

But Broadhead’s performance against United’s U23’s was nothing short of immense.

His first of three goals saw him get on the end of a lovely through ball from Rhys Hughes to chip the keeper and score. Goal two saw him slot home from close range and the third to complete the hat-trick saw him be in the right place at the right time as a corner was flicked on at the near post to give him the easiest of headers to fire home.

That’s now 6 goals and 4 assists for Broadhead in his last 4 matches for Everton’s U23’s and his goals tally for the season has now surpassed double figures.

He does have a first-team appearance to his name for Everton – having come on as a late substitute during a 3-0 win over Apollon Limassol back in 2017.

He hasn’t featured since but his performances for the U23’s are certainly catching the eye and he surely has to get a first team opportunity soon at Goodison Park having recently been included in Carlo Ancelotti’s 23-man Premier League squad for the remainder of the 20/21 season.