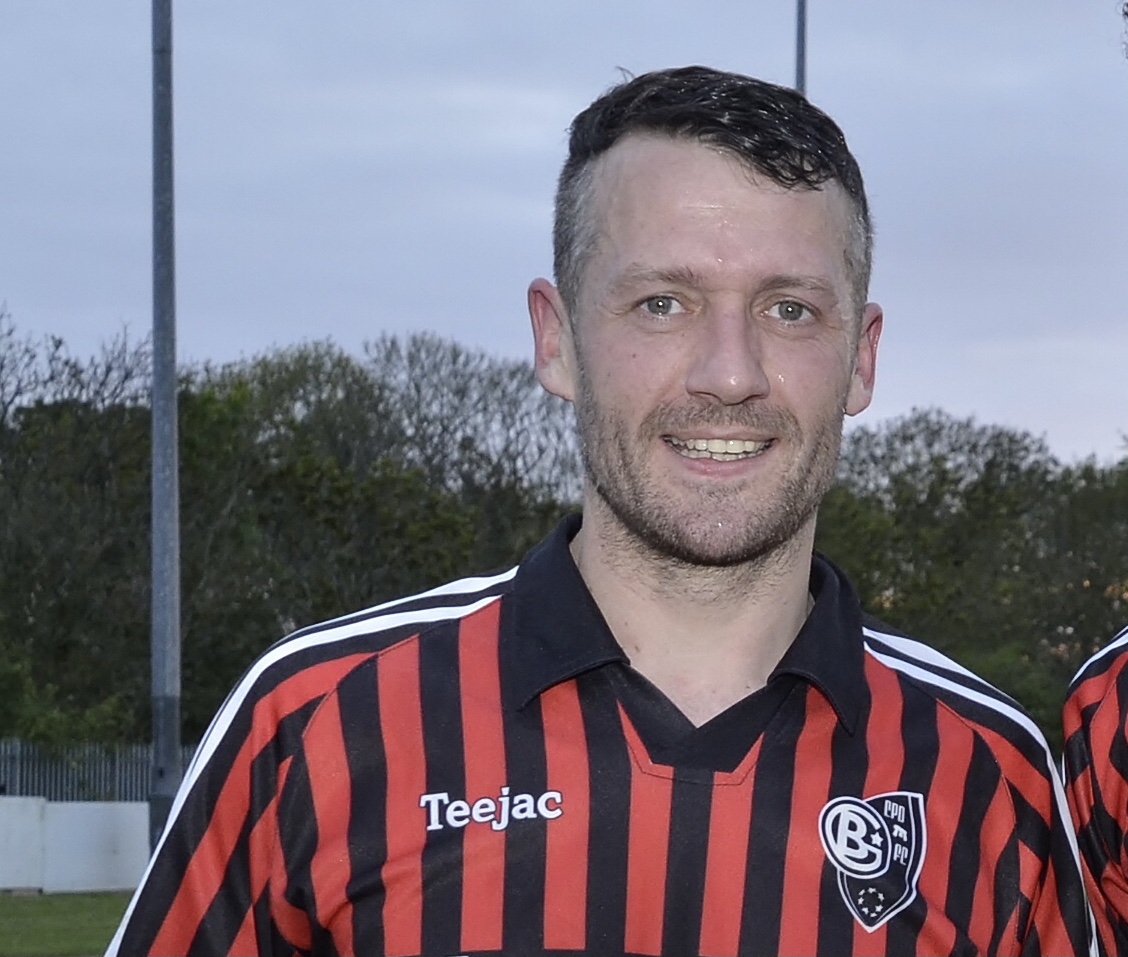 THE phrase ‘ageing like a fine wine’ certainly rings true when it comes to this veteran forward who has a fantastic goal-scoring record on the Isle of Anglesey.

Williams, best known for the long time he spent with Moelfre-based Bro Goronwy, was still going strong in the 2019/20 season aged 38 years old for Cemaes Bay.

Having moved to the School Lane club in the summer of 2019, alongside a number of players with higher league experience, it proved to be a smart move for both player and club. Williams scored 19 goals for the Bay as they pipped rivals Mountain Rangers to the Anglesey League title on Points Per Game (PPG) come the end of a curtailed season.

That just, once again, went to show the pure class of this man.

Williams (above) first made a name for himself in Saturday League football at Cemaes’ arch-rivals Amlwch Town, having transferred there from then Sunday League side Pentraeth. He went on to hit 145 goals in just four seasons at Lon Bach under manager Nigel Ault during a successful part of the club’s history.

Over at long-term club Bro Goronwy, he’s quite rightly regarded as one of, if not THE, best player to have represented them in the 21st century. His exploits for the side down the years were incredible.

Having adjusted from being a winger into a forward as a 33-year-old in 2014/15, it turned out to be one of the best decisions both Williams and the Cae Nerys club could have possibly made. After that campaign, he went on to bang in a total of 106 goals in just eight seasons. All in all, he managed 149 goals in just 177 appearances for Bro.

Those stats alone put him up there as one of the best around on Anglesey in my opinion.

During his time with Bro, Williams enjoyed many a success – the most important of which was arguably securing promotion to the Gwynedd League by winning the Anglesey League in 2015/16. In the title-decider v runners-up Llanfairpwll, he netted a hat-trick as Bro won 4-1.

Upon moving to Cemaes, he continued to prove his talent as he finished as their second top scorer behind Steven ‘Tyco’ Whittaker last season. His experience and guidance was vital to Darren Thomas’ side.

Having now re-signed for the Bay ahead of when football resumes in future, he is set to be re-united with a familiar face – Lee Potter – who was his manager for many a year whilst with Bro Goronwy and joined the Cemaes management team alongside Thomas and Alan Gray last year.

Williams is a top player on the field and a top man off it too.