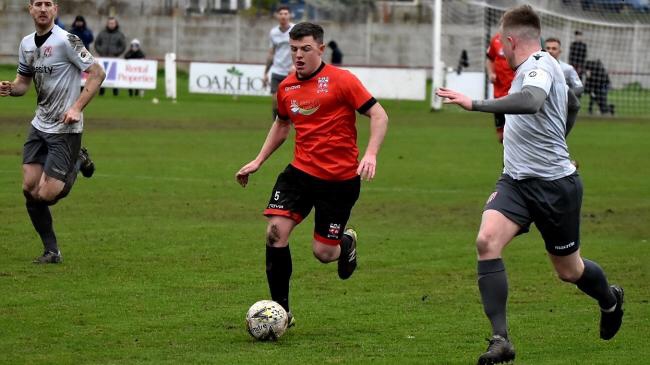 ANOTHER member of the brilliant Prestatyn Town side which won the JD Cymru North title last season.

Energetic midfielder Jones was club captain as Neil Gibson’s side dominated the division.

The 26-year-old, who joined the Seasiders in 2018, quickly established himself as a firm favourite due to his work rate and ability to pop up and score vital goals.

And Jones was a key figure in the middle of the park for Prestatyn again last season as he scored four goals in 18 appearances. He was also chosen in the 2019/20 JD Cymru North Team of the Season.

Jones signed for Flint Town United ahead of the 2020/21 season, after the Silkmen were promoted to the top-flight in place of Prestatyn, who were denied a JD Cymru Premier licence despite finishing 16pts clear at the top of tier two.

He has made seven appearances for the club so far, scoring twice.