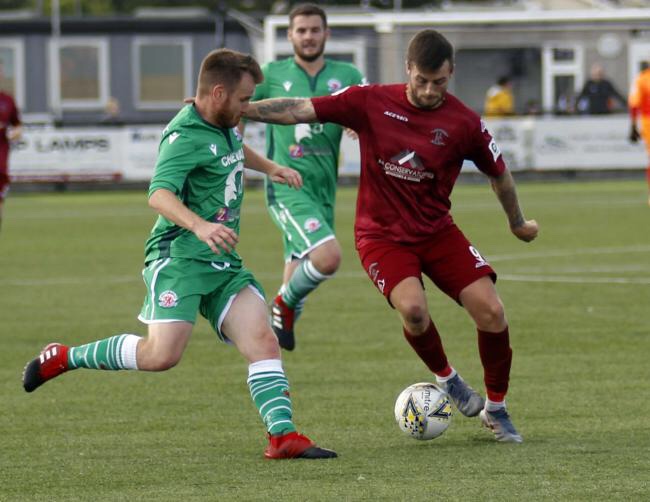 A SUMMER SIGNING who went on to be one of Llandudno’s key players in the JD Cymru North last season.

The Seasiders finished 12th in tier two as the season came to an abrupt end due to the coronavirus pandemic. That was just four points ahead of Porthmadog who were related to tier three along with Corwen and Llanfair United.

And so whilst it wasn’t the most memorable campaign for the former JD Cymru Premier side itself, Seager in particular caught the eye with his performances for the club.

The attacker returned to hometown club Llandudno, who he had previously played for in their top-flight days, from Conwy Borough in the summer of 2019 and that proved to be a great move for the player and the club.

26-year-old Seager, previously a great goal scorer for Llandudno Junction, scored seven goals on his return to Maesdu Park and was a player who brought team-mates into the game well also.

Seager, who has always shown great work rate and desire no matter which club he has represented, re-committed to Llandudno last summer and continued to score for them in friendlies towards the end of 2020 – including a brace in a 3-0 win over Llanrwst United.