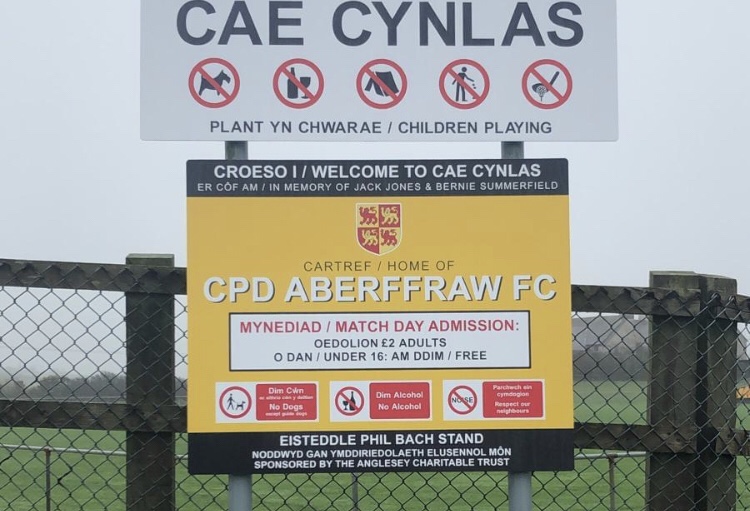 LOYALTY is hard to find in football at all levels these days. However, Aberffraw seem to have that quality nailed down – by several members of the squad.

Among the longest-serving of them all of course is club captain Stephen Jenkins, who has spent 13 seasons at Berffro and was again pivotal for them in Welsh Alliance Two in 2019/20.

There is a particular goalscoring trio however who have become legends in their own right for Aberffraw during their long stays there.

Firstly, there’s Gary Bolton (above). In his 11 seasons with Aberffraw, he’s smashed in 195 goals for the club.

The 35-year-old attacker has enjoyed some great times with Aberffraw during those years, winning promotion all the way from the Anglesey League to Welsh Alliance Two and the 2019/20 season again saw the evergreen Bolton impress for the club, finishing as one of its top scorers with nine goals to his name.

Secondly, you have Nathan Moore (below). Now heading into his fifth season with the club, he was once again the standout at Aberffraw last season, scoring 14 goals in all competitions and providing five assists for his team mates in 24 appearances.

Over his half a decade with the club, the forward has been pivotal come many an end to a season. In 2018/19, he was even more prolific – bagging 25 goals in just 31 matches.

Last but not least is the fantastic Richard Roberts (below). The 31-year-old’s finest season to date came back in 2016/17 when he netted 37 goals for Aberffraw as they finished as runners-up in the Gwynedd League.

Another great season for the striker, affectionately known as ‘Pdoing’, came in 2018-19 when he bagged 25 goals for the club, who finished fifth in Welsh Alliance Division Two that year.

All in all, with the seven he scored last season, Roberts has netted a total of 138 goals for the club in just over a decade.

All three of them have had big roles to play in the huge growth of the club on the field over the last decade and will no doubt continue to make an impact as the years go on, having all re-committed again.

Most clubs are lucky to have one great finisher in their ranks, but Aberffraw have had three for the best part of a decade now who have scored more than 300 goals between them at different levels on the North Wales football pyramid.

I’m sure they’ll be firing on all cylinders once more when football resumes for North Wales Coast West Premier clubs.