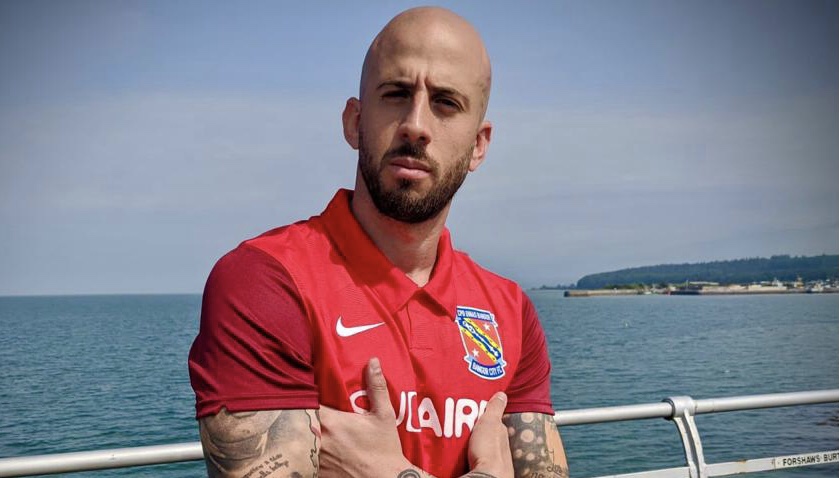 UNDOUBTEDLY one of the Citizens standout players through the 2019/20 campaign.

Surber is an Argentinian centre back who is tall, strong and commanding and is also a composed figure on the ball.

The vastly-experienced defender is great at winning the ball back for his side and has a great passing range also.

Surber arrived at the EuroGold Stadium in July 2019 following a spell with Italian club Sancolombano Calcio.

Over the years, the 28-year-old has also played in Irapuato in Mexico, Lugano in Switzerland, Española in Chile and a number of other clubs in Italy.

He brought with him a wealth of footballing experience to a Bangor City side who finished fifth in the JD Cymru North table. He was a big part of their campaign and proved to be a great addition to their back line.

By now, he’s a well-respected figure at the club and seems to be much-loved by the fans also, some of whom I have spoken to about him recently.

Surber has re-paid that faith in him as he re-signed another contract with the club recently, extending his stay in North Wales for at least another season.