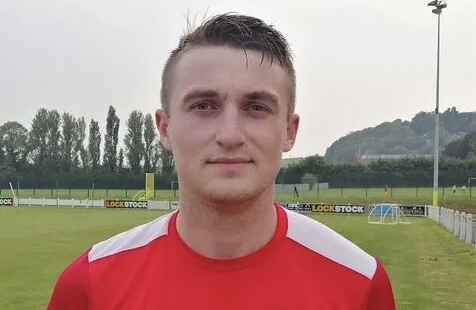 A PLAYER who has been a brilliant goalscorer for Greenfield during his time with the club and last season was no different.

Still just 24 years old, Jones went on to become a real star for Greenfield in Welsh Alliance zone having come through the club’s junior ranks and then Connah’s Quay Nomads’ academy system up to the age of 18.

The attacker then played two seasons for Loughborough FC in the Leicestershire Seniors League whilst at university before returning home to play for Greenfield.

He has played at Tier 3 level for the past three seasons scoring a very impressive 72 goals in 77 appearances – 17 of those coming in WA1 competitions for Greenfield last season.

That sort of form saw fellow tier three side Denbigh Town swoop in to sign Jones in August 2020. I’m sure he’ll make for a fantastic addition to a side which already has Jake Walker and Mark Roberts in attack.