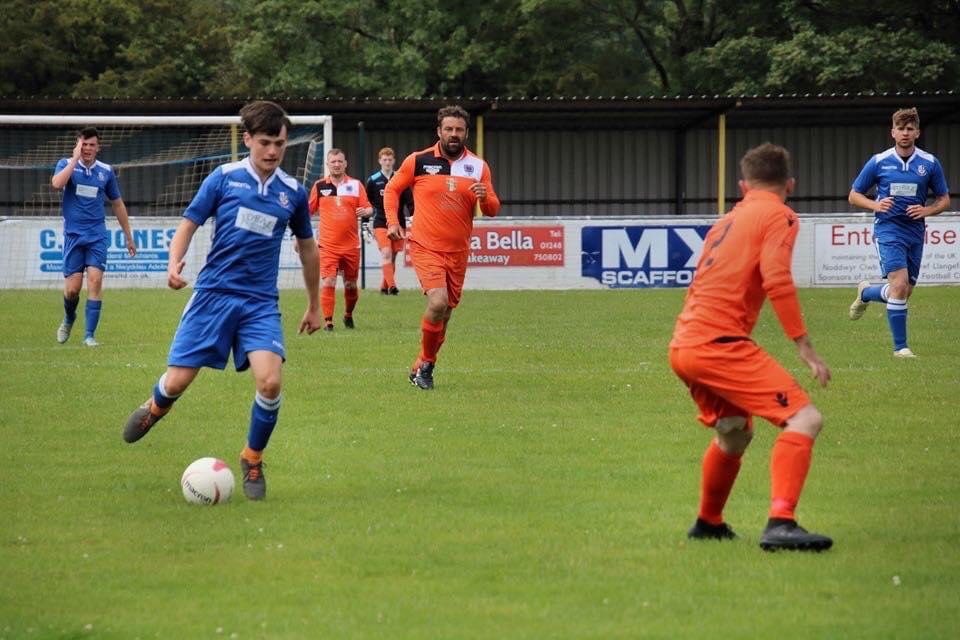 A YOUNG player who was in brilliant form before the Coronavirus pandemic struck almost a year ago.

Waller, who was 18 when the Reserves league’s 2019/20 season started, was a great player in Gafyn Buckland’s side.

It was a good season for the team overall as they reached a cup final for the first time in more than a decade. They were scheduled to play in the LockStock Challenge Cup final v Bangor City Reserves before the pandemic brought North Wales football to a halt.

And although that never went ahead, it’s fair to say that winger/striker Waller and the Reserves had some memorable moments along the way.

A 2-0 win over Denbigh Town’s Development side in the semi-finals of that tournament back in January 2020, in which Waller scored, was among those. He also netted in what would turn out be the clubs last official game – a 4-1 win over Porthmadog in February 2020. This meant the club was unbeaten in its six official games it had in 2020 (4 wins, 2 draws).

Waller netted six goals in total for Llangefni’s second string and has been training with the first team nearly every week since October.

Reserves manager Gafyn Buckland praised Waller while at speaking to AFE, saying: “His attitude is superb and he was on a good goalscoring run before Covid. I think he would have hit double figures if we had managed to have a full season.”

One to keep an eye on in seasons to come I’m sure!