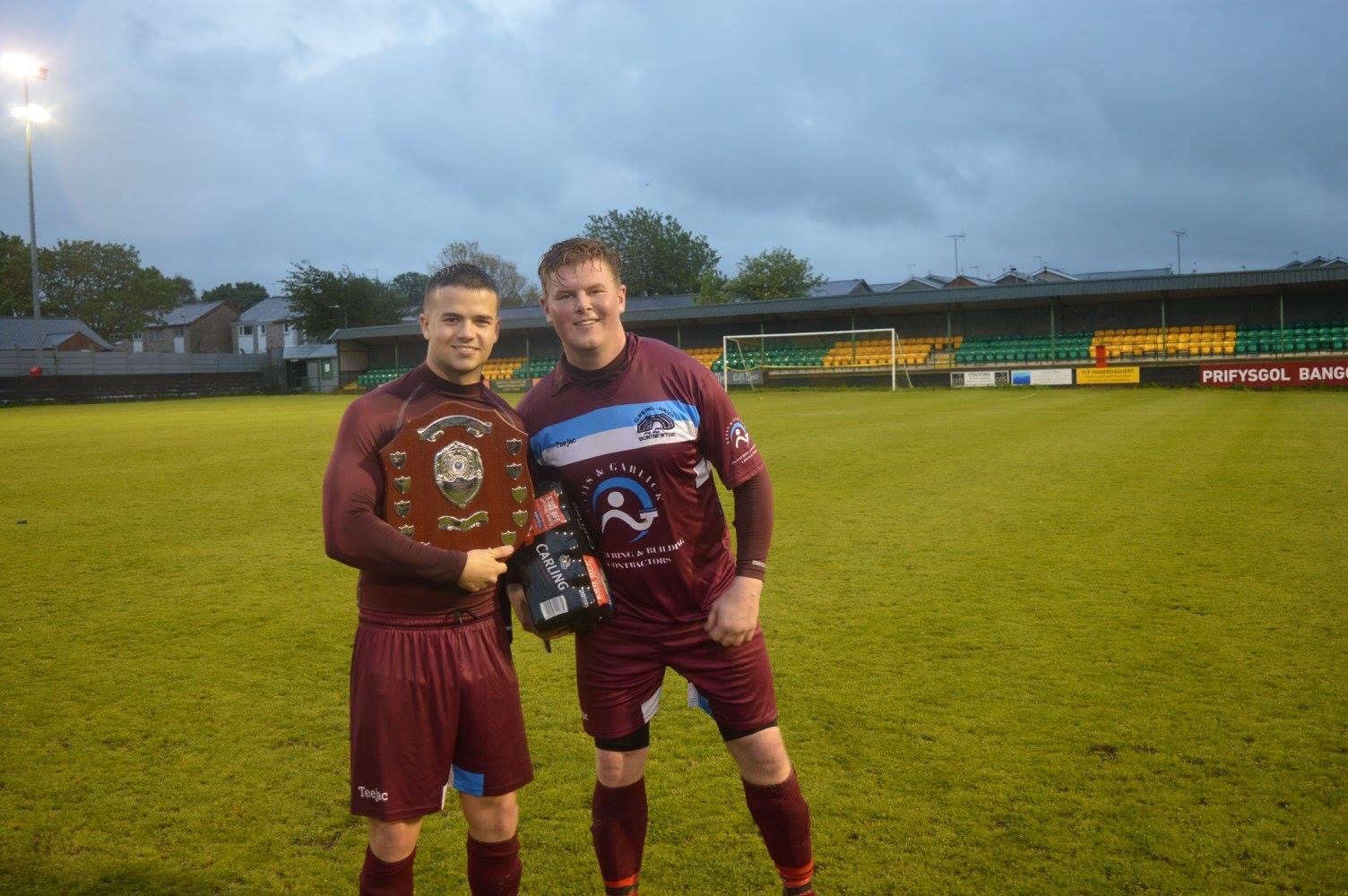 PICTURE by Bontnewydd FC shows Roberts on the right.

A PLAYER who has been so instrumental in previous successes for Bont over the last decade.

In 2017, Roberts was the scorer as the Gwynedd League side beat Llanystumdwy 1-0 to win the Safeflue Shield.

Last season was no different for the player as he scored the only goal of the game when Bont brought the-then Gwynedd League leaders Trearddur Bay Bulls’ seven game winning streak to an end in what was an inspired performance by the club.

After wonderkid Cai Penny-Williams, who scored 16 goals early on for Bont, departed for Llangefni Town Reserves, it meant Roberts was to officially end the 2019/20 season as the club’s top scorer with 10 goals to his name.

A good season for Roberts was matched by the club itself who finished in ninth place in the Gwynedd League table.