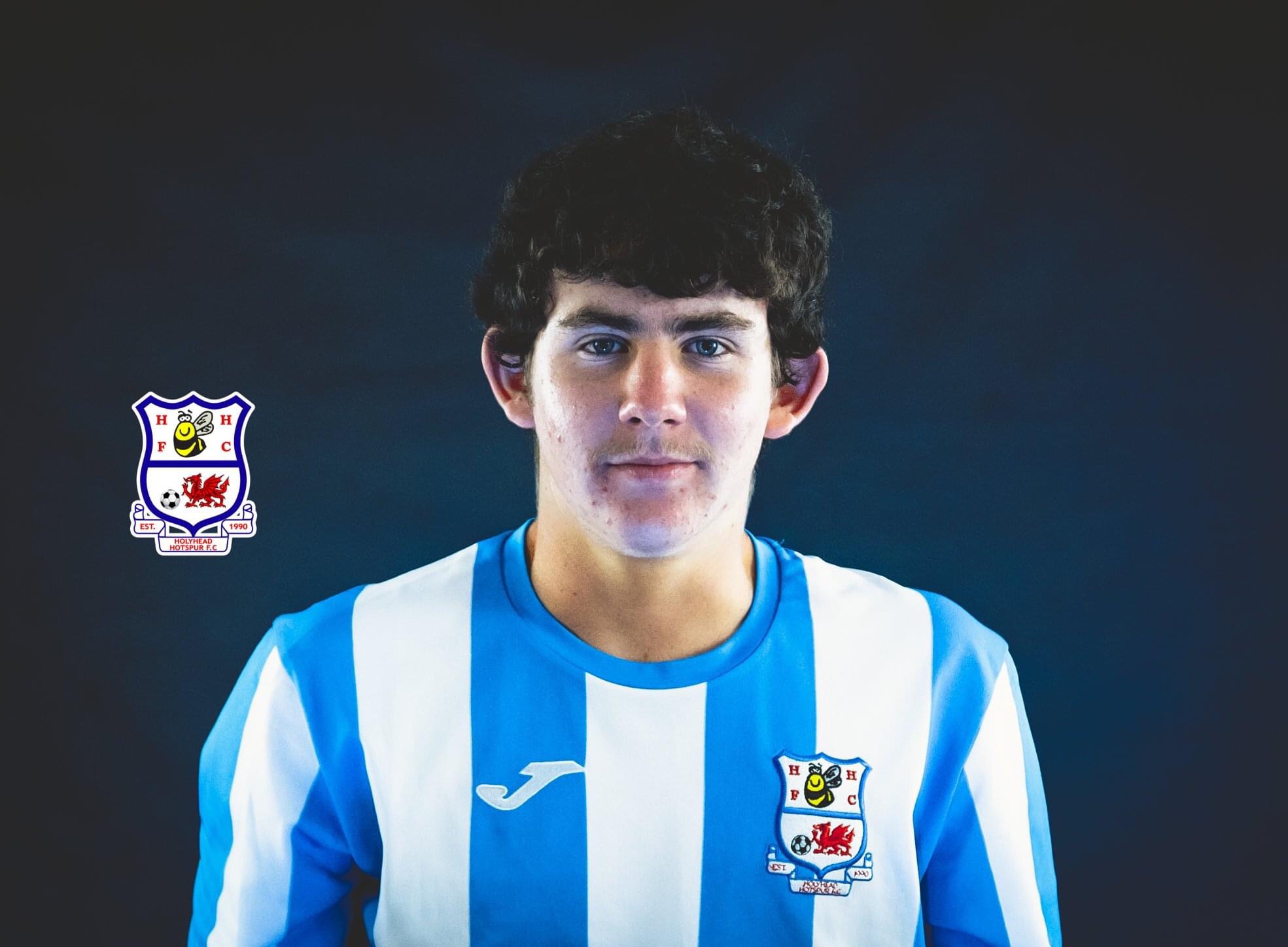 THIS young man really caught the eye in both his and Holyhead Hotspur Reserves’ debut campaign in the Anglesey League during 2018/19.

The then 17-year-old winger was a breakthrough star under then-manager Mike Kelly’s guidance that season as the club won the Megan Cup and he was selected in my AL Team of the Season for his efforts.

And those efforts really caught the eye at Hotspur too as Parry was one of a handful of players from the Reserves to go and play plenty of games for the first team last season, where he again showcased what he can do by contributing to goals within Darren Garmey’s side. One of those came in the thrilling 5-4 win over Llanrwst in the FAW Trophy.

As well as that, he continued to play and dazzle for the Reserves and scored five goals in Anglesey League competitions.

He’s a super talented player who is a brilliant drinker of the ball and has a great eye for goal. He’s also another fine example of just how good that Hotspur academy is at this moment in time.