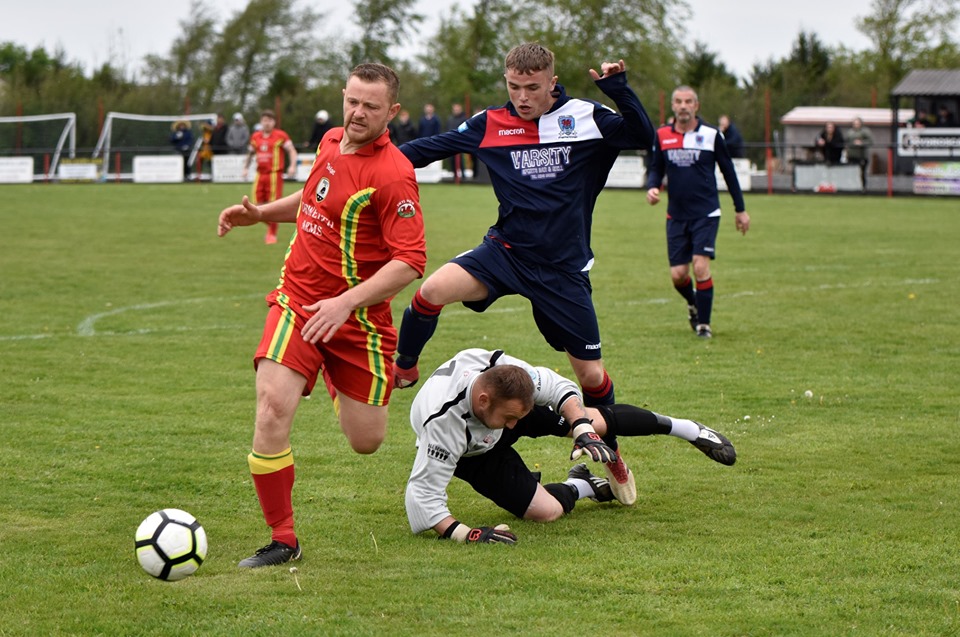 A PLAYER I’ve always enjoyed watching over the last few seasons, Owen is a powerful forward and a great finisher too.

In 2018/19, he was an important part of both Pentraeth Reserves and Bryngwran Bulls’ seasons in the Anglesey League. Between the two sides, Owen managed 16 goals that season – including one on the day the Bulls officially won the AL title and promotion to Gwynedd League with a 3-0 win over Arriva Bangor in Gaerwen. Owen was always a handful when playing up top that season and contributed well when called upon in the absence of Craig Moore, who was injured earlier on in the season.

Last season, he maintained that kind of form for Richard Owen’s side, firing in 15 goals in all competitions as the club finished in the top four in the Gwynedd League.

Over the summer, Owen transferred to 2019/20 Anglesey League champions Cemaes where he will n doubt add even further firepower to a side that already includes two great forwards in Steven Whittaker and Andy Williams.