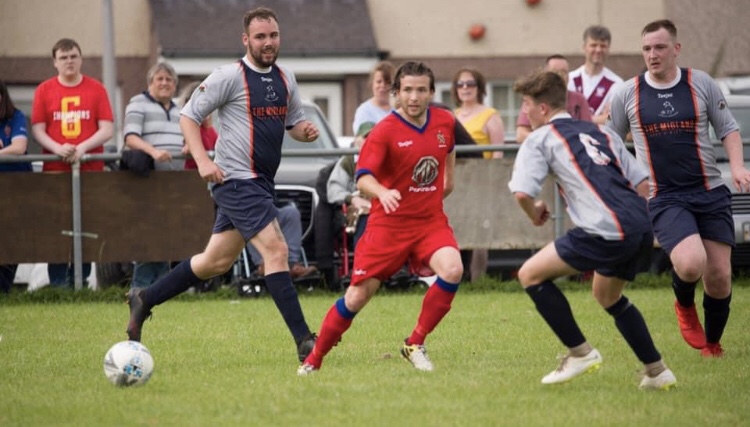 YET another star in that 1876 squad which was absolutely packed full of talent last season.

Winger Petrie, who previously played for Connah’s Quay in the Welsh Premier League, was one of the more experienced players in an otherwise youthful 1876 side which showcased some of the best up and coming talents on offer in Bangor at this moment in time.

The 33-year-old really caught the eye though with some brilliant performances, finishing up as his side’s second top goalscorer behind Dylan Summers-Jones (41 goals) as he netted a career best of 32 goals as 1876 marched onto the Gwynedd League title in their first season as a club with a 100% record intact.

Petrie, along with fellow ex-Welsh Prem stars Les Davies and Michael Johnston, provided some serious quality for that side in a season that will go down in the history books of the club – despite it being called off early due to the Coronavirus pandemic.