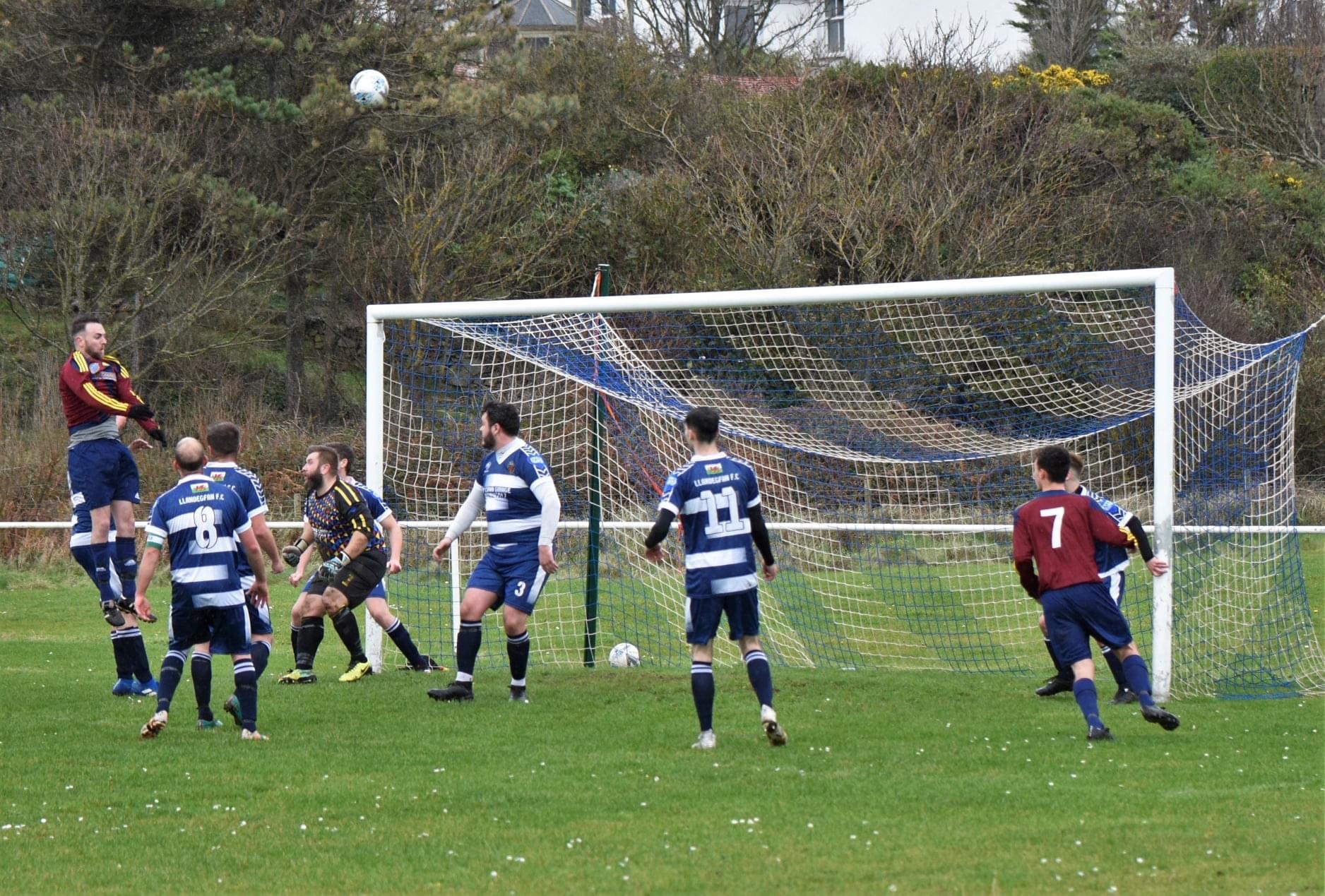 IT WAS great to have a bit of normality back on a Saturday afternoon in North Wales yesterday wasn’t it?

Several managers and players across the region will have woken up early with excitement and anticipation I’m sure knowing that their respective clubs were taking to the field after what was, in most cases, an eight-month absence from playing.

Here are just some of the reports, scorelines and scorers from a wet and windy Saturday’s afternoon …

The Bay got one over their old rivals Town in an eight goal thriller.

A youthful Amlwch side, managed for the first time by new manager Chris Byast, lost out in the end but it was a good battle by both sides. Ryan Rowlands – who had left to play for Llandudno Amaterus briefly last season – was back at Lon Bach with a brace.

But there were braces too for Cemaes skipper Keenan Downey and experienced forward Andy Williams who both picked up where they left off from their Anglesey League winning form of last season.

Bro, now managed by Robbie Jones, took the lead in this one when former Bethesda attacker Ally Issa put them ahead early on – but Glan were back in it on the half-hour mark when the prolific Scott Hughes, who made the switch from Arriva Bangor recently, opened his account for the club.

In the second half, a great finish from Gethin Davies turned the tie on its head before Wisdom Janes got himself on the score-sheet and Brad Bland, who was the club’s top scorer last season, added a fourth goal.

Bro clawed one back through a Jac Thomas penalty but Paris Hargrave converted a penalty of his own late on to complete the scoreline.

James Ryan was off the mark with a double on his debut for the Harbourmen as they held their higher-league opponents to a draw away from home.

The forward, who hit 74 goals in a record-breaking season for former club Caergybi in 2018/19, opened the scoring in the twelfth minute of this one when his deflected strike found its way in past Gwalch stand-in keeper Corey Sinnott. Gwalch were level not long after the half hour mark, when a well-worked free-kick made its way into the box and found player-manager Craig Evans who finished well.

The home side then went ahead early on in the second half when Jordan Jones made no mistake in a one-on-one with Town goalkeeper Luke Owen to slot home. Ryan was then the hero once again late on when he fired home after a corner was swung in in the 84th minute of the match.

The Tigers picked up their third friendly win in a row, having already beaten Glantraeth 7-1 and Llanfairpwll by the very same scoreline.

In this one, Dean Redmond, who returned to the club from Bodedern in the summer, fired home his seventh goal in those three matches by converting a penalty after Dom Powell had put Llangoed ahead from a Sam Gregson assist. Sion Hogan added a goal of his own and Callum Davidson made it five goals in three matches by adding one himself thanks to a Craig Roberts assist and making it 3-1 on 55 minutes.

Kelvin Frazer set up Paul Rowlands for 4-1 before Gregson pulled one back for Llangoed. Dion Williams then scored thanks to a helping-hand from Kevin Roberts in what was a real team performance from Aaron Rowlands’ side.

As you would have expected beforehand, it was Asa Thomas who stole the show in this one as Tier Four side Bulls got off to a flyer against lower league opponents Llandegfan.

Captain Iolo Jones opened the scoring with a curling effort which went in with the help of the underside of the bar after 15 minutes. A dubious penalty was then awarded and converted coolly by another debutante – Gary Jo Owen.

It was then Thomas’ turn to score his first goal of the afternoon – a brilliant chipped finish which gave Llandeg keeper Duane Hunt no chance. Thomas then fired home another before Dave Webb scored to make it 5-0 Bulls at the break.

In the second half, with the wind in their favour, Llandeg should have had a few goals. Three corners were cleared off the line but Anthony Williams had the best chance to score when he rounded the keeper but somehow only found the side netting.

Some tired legs late on allowed Thomas in for his hat-trick and Dave Webb in to complete his brace.

A seemingly dominant display by the Bulls judging by the scoreline, but Llandeg more than matched them at spells in the game and it was a good run our for them against higher league opposition.