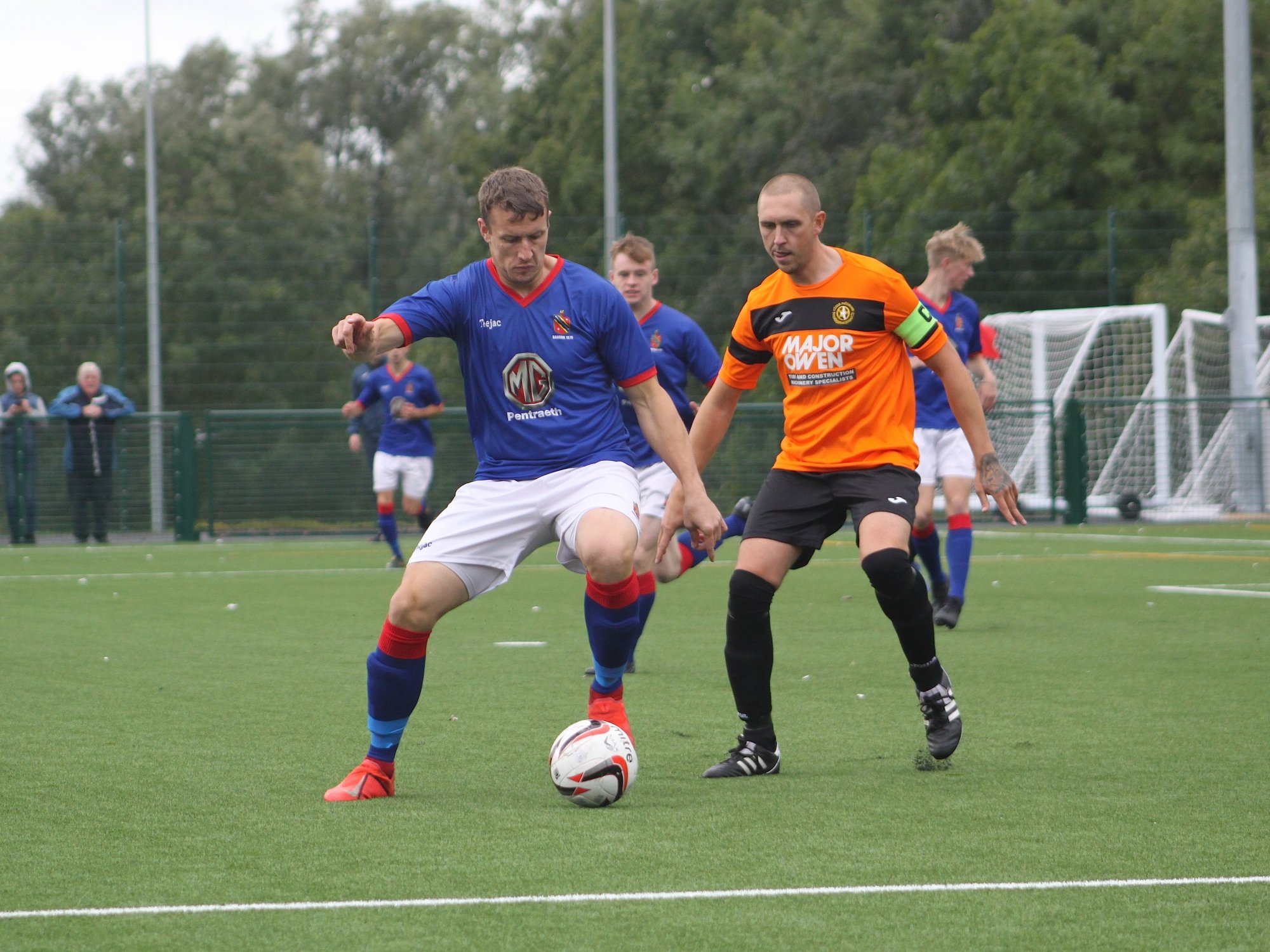 AS IT’S his birthday today, let’s celebrate the great achievements of a great North Wales-based footballer!

A true Bangor City legend, Davies aka ‘the Truck’ was part of the 2010-11 title winning side which ended a 16-year wait for The Citizens to be crowned champions of Wales. He is regarded as one of the greatest Welsh top flight players of all time for his overall contribution to the division – from his great finishing abilities, to his raw power and height up top, he quickly became a notable figure among supporters of all clubs.

Such is his stature within Welsh football that he was even once on the 32-man shortlist for the ‘UEFA Best Player in Europe’ award (2012), being placed on the list alongside the likes of Lionel Messi and Cristiano Ronaldo after being nominated by Dave Jones, who now runs the Grassroots North Wales website.

Davies began his senior footballing career on the fields of Anglesey with Beaumaris Town, who were then playing in the Gwynedd League in the early 2000’s. He then went on to Caernarfon Town very briefly before returning to Beaumaris again.

From there, he went on to play for Glantraeth in the Cymru Alliance, where he would really catch the eye of even bigger clubs. And Bangor City soon came calling for their hometown hero.

He spent 10 years with the club, scoring 76 Welsh Premier League goals in the process. All in all, Davies’ Welsh Premier career has seen him make more than 400 starts across six clubs (Caernarfon, Bangor, Porthmadog, Connah’s Quay, Llandudno and Bala Town), scoring 128 goals at the highest level of Welsh football (and a few more in the cups too!). He spent three separate spells with The Citizens.

Last season, Davies returned to Bangor with ‘phoenix club’ Bangor 1876 who won the Gwynedd League title at the first attempt. The fan-owned side dominated the division by not dropping points and Davies was a standout, picking up 27 goals in all competitions despite taking a deeper-lying role in a squad full of talented young players.

This season though, with the wait for football below tier one’s comeback from the coronavirus pandemic seemingly going on forever, he has returned to the heights of the Cymru Premier as he made the switch to newly-promoted Flint Town United recently.

Penblwydd hapus Les, have a good one!