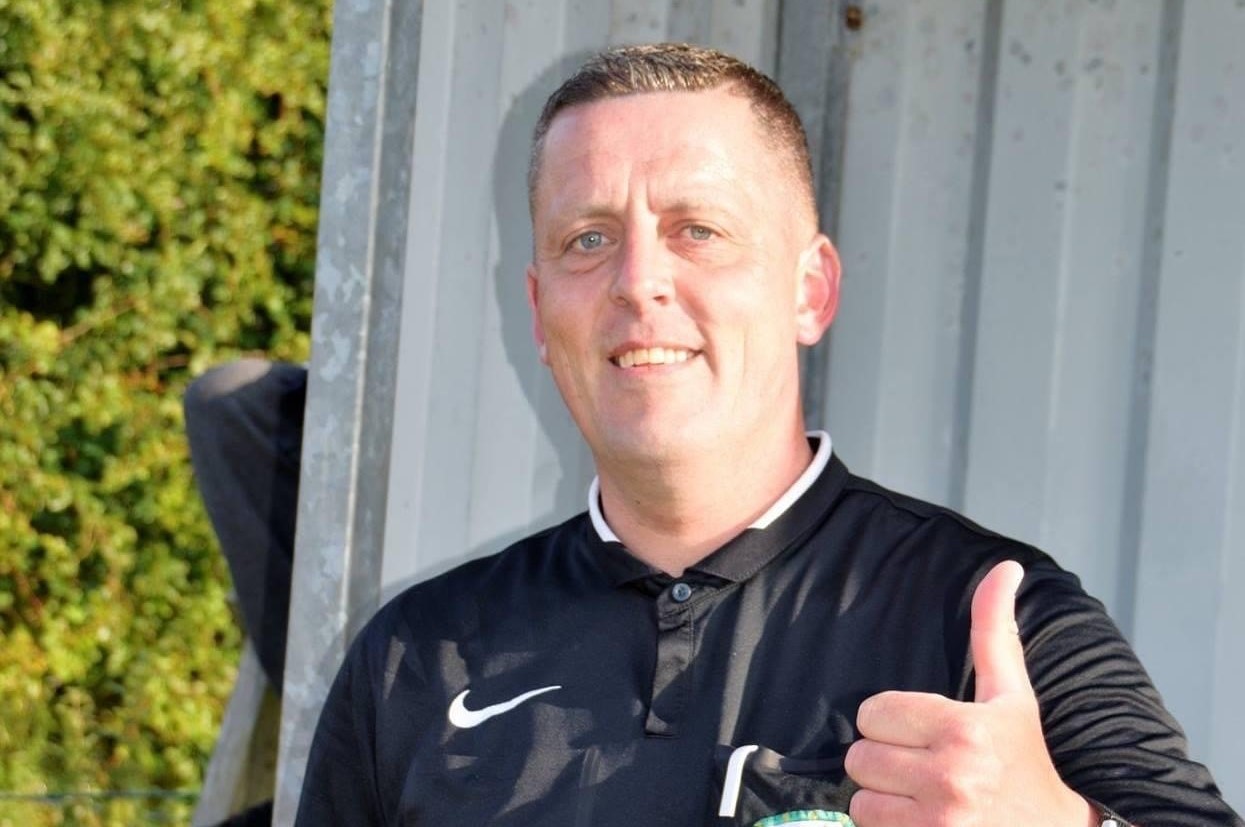 NOWADAYS, many of us will recognise him as the man in the middle of the pitch officiating matches. But, once upon a time, Carl Hagan was also a fantastic footballer.

During his time as a player, the now 45-year-old was regarded as one of the best around – just as he is as a referee these days. As a midfielder/striker, Hagan turned out for Cemaes Bay, Glantraeth, Gaerwen, Holyhead Hotspur, Amlwch Town and Trearddur Bay United (below) during a glistening career on the island, during which he played at all levels of the Welsh pyramid – including the top flight.

He won the Cookson Cup with Cemaes Bay when Colin Hawkins was in charge there and also won several individual accolades including Player of the Season and Top Goalscorer. Hagan was also selected to represent North Wales and even spent time at Tranmere Rovers, Bolton Wanderers and Port Vale.

Upon retiring from the game in 2015, he took up refereeing and since then has become a highly-respected official who has taken charge of matches at several levels across the Welsh pyramid – including both men and women’s matches and when the Island Games Football Tournament, which saw Ynys Mon men’s side take gold and the women’s team win silver medals, came to the island in the summer of 2019.

During the Coronavirus pandemic, Hagan has become well-known for fundraising for the NHS by dressing up and replicating various famous singers, from Liam Gallagher to Freddie Mercury, and producing videos which have put smiles on several hundreds, if not thousands of people’s faces along the way.
His fantastic contribution, which saw him collect more than £10,000 in donations, was recognised by Anglesey-based charity Mon CF recently when he was awarded a ‘Holyhead Hero’ certificate for his efforts.

Hagan has also recently set up an Ynys Mon Veterans team, which will take to the pitch once it is allowed to do so following the Coronavirus restrictions being lifted in future. He will be managing the side along with current Glantraeth management duo Sean Brett and Paul Evans and also Cemaes Bay assistant Alan Gray. It will feature many familiar Anglesey legends within it who will take on some well-respected veterans sides.

An absolute legend who always has a smile on his face and is more than worthy of a mention!