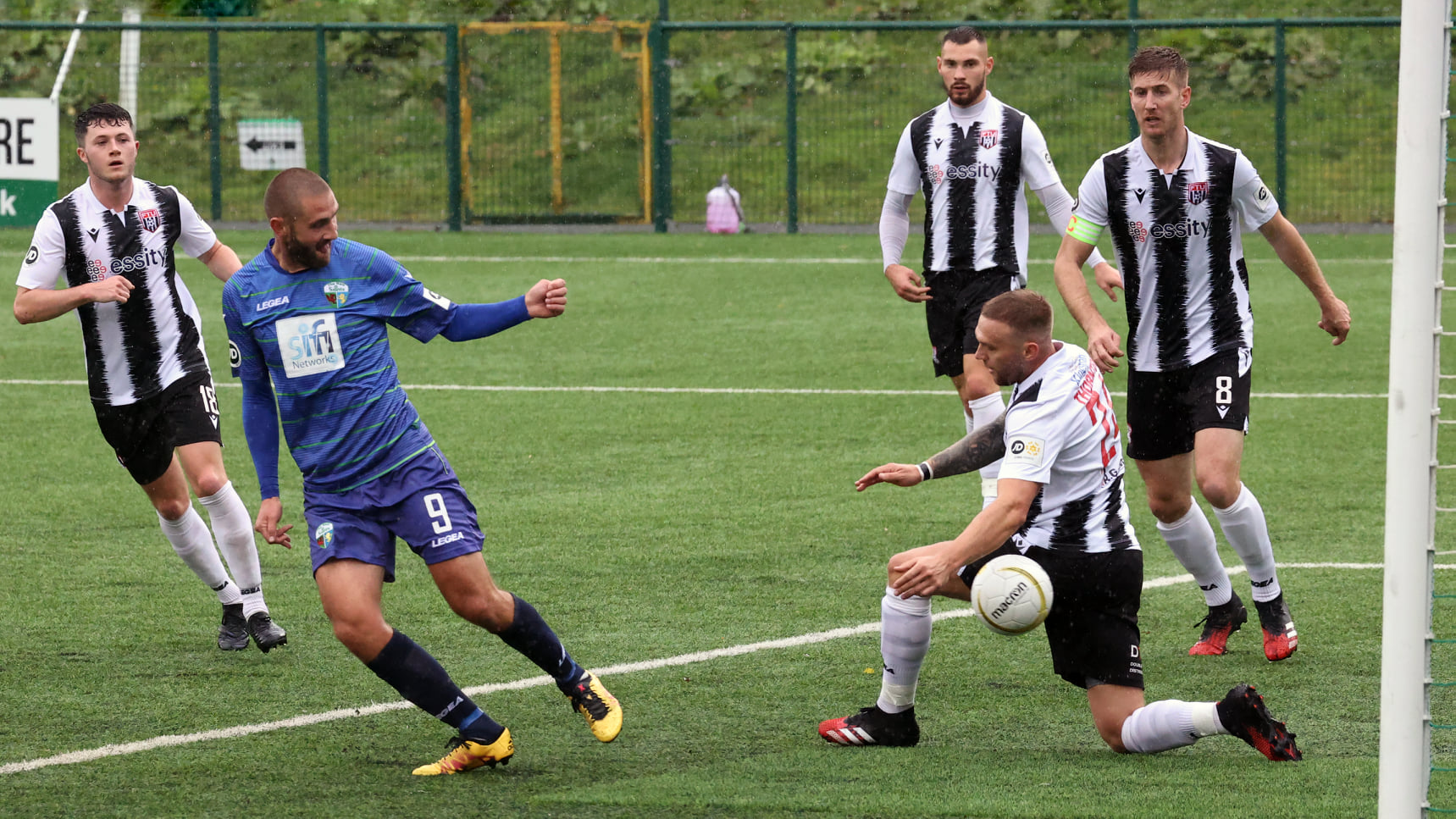 THERE have been very few strikers in the JD Cymru Premier in recent years who have been more prolific than The New Saints’ Greg Draper. And, on Saturday, he became The Saints’ all-time leading league goalscorer.

The English-born New Zealand international, who has one cap for his country, hit five goals in a 10-0 demolition of Flint Town United at Park Hall, taking his career total for TNS to 156 goals. His 154th goal, and his third of the day against Flint, was the one which saw him beat the club record, previously held by Mike Wilde (now at Connah’s Quay).

In doing so, Draper notched up his first five goals of the 2020/21 campaign and flew to the top of the goal-scoring charts ahead of the likes of Kayne McLaggon (Barry Town), Chris Venables (Bala Town) and Nick Rushton (Newtown) who are all on four goals.

That quick rush of goals has set the 31-year-old on the right path to claiming a third Golden Boot prize come the end of the season, having already previously won the award, handed out annually to the league’s top scorer, in both 2017/18 (22 goals) and 2018/19 (27 goals).

Taking to Twitter having broken the record, Draper said: “Finally got there! Thank you to everyone for the messages, will try and get back to you all. Also a BIG thank you to all my beautiful team mates who have helped over the last 9 years, too many to mention. Next stop … 200.”

Can he now go onto reclaim that JD Cymru Premier Golden Boot prize? Last season, it was Bala Town skipper Chris Venables who claimed the accolade after notching 22 goals in just 25 league matches to secure the award for the fourth time in his career.

He’ll also have the likes of Barry’s McLaggon and even his own team-mates such as Louis Robles to compete with, but there’s no denying that, on his day, Draper is the best around.