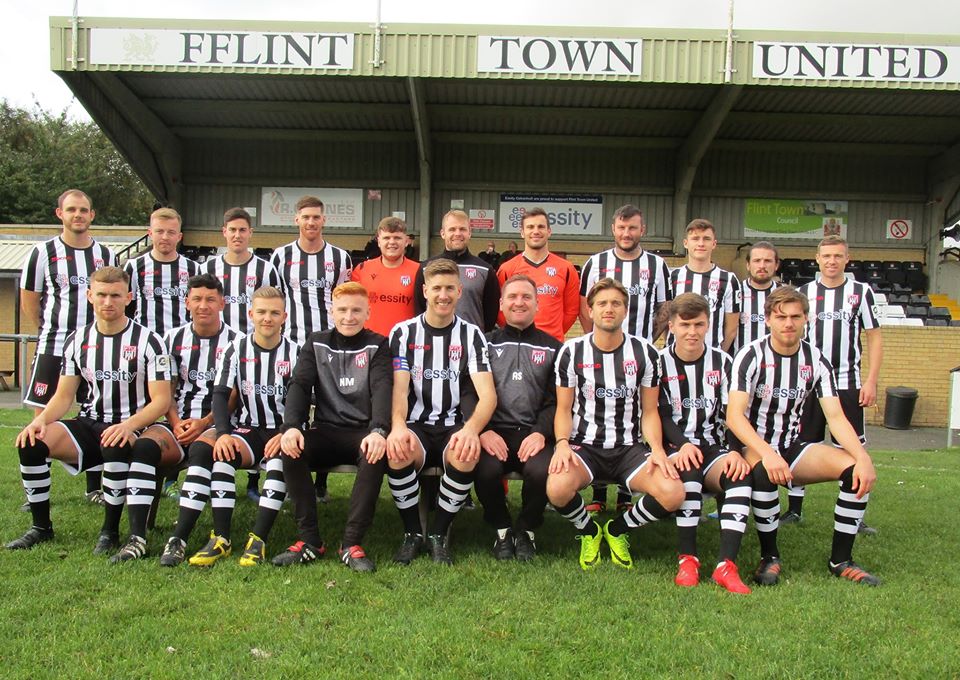 PICTURE: Flint Town United will return to the Cymru Premier after a near 30 year absence.

FOLLOWING the Football Association of Wales’ (FAW) decision to implement both promotion and relegation in Wales top two divisions, despite a curtailed season, the top-flight’s structure has also been decided for the 2020/21 campaign and it will remain as a 12-club league.

Despite proposals to make the Cymru Premier a 14-team league, the FAW backtracked on those plans during a meeting on Tuesday and it will instead remain at its usual capacity of 12 teams with Airbus Broughton UK and Carmarthen Town relegated and Flint Town United and Haverfordwest County taking their place.

Although 2019-20 Cymru North champions Prestatyn Town finished a huge 16 points ahead of runners-up Flint, the Seasiders were twice refused the domestic Tier 1 licence essential to compete in the top league by the FAW on ground criteria issues – mainly a TV gantry deemed unsuitable for the latest broadcasting needs. As a result of this, Flint will go up and return to the top-flight for the first time since being relegated in 1997-98.

The National Leagues Board will consider the reorganisation of Tier 3 clubs on July 10 following the Tier 3 Ground Criteria certification process. Tiers 4 and 5 will be controlled by their respective area associations.

2 thoughts on “How the Cymru Premier, North and South Leagues will look in the 2020/21 season”