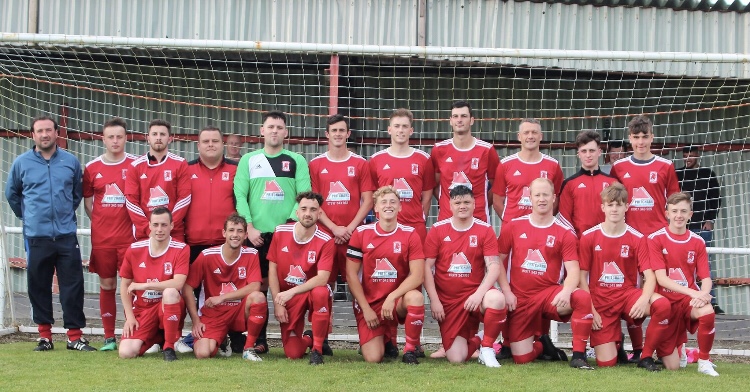 ANOTHER season over and, in the case of the Anglesey League, it is the last one in its current form. And it’s Cemaes Bay who have been crowned its last ever champions in the 2019/20 season.

After 123 years of history, the division, along with several others, is set to become a part of the Football Association of Wales’ (FAW) shake-up of the pyramid system when the 2020/21 season eventually kicks-off.

As a result, The Bay can celebrate being the AL’s last ever champions, having also seen their Reserves side win the last ever one before the new millennium kicked off – in 1999/2000.

Over the years, the first team has enjoyed many a success in the division too – including winning the Elias Cup in 2013/14 and a treble of the Megan Cup, Dargie Cup and the Charity Shield in 2014/15.

After many years away from the league, the club returned to the lowest tier last season after having to fold as a Welsh Alliance club in 2017/18, having seen many a player leave their School Lane ground. Last season, the club brought Darren Hughes in to start the re-building process which saw many, mostly young, players from the area represent the club and enjoy a decent campaign.

This season however both Hughes and most of the squad were replaced by former players of the club and former manager Darren Thomas and assistant manager Alan Gray – who had led them to Anglesey League glories in the past.

The likes of Steven ‘Tyco’ Whittaker (above) and Keenan Downey, who had spent time away in the Welsh Alliance with Bodedern, came back and joined players such as Dylan Jones and Andy Williams who followed Gray from Gwynedd League side Bro Goronwy to the club in the summer.

Combine the quality of those players with the promise of the youngsters at the club such as Josh Griffiths, Sol Williams and Daniel Jones, and as it proved in the end, you have yourself a very good team indeed.

Forward Whittaker finished as the clubs top scorer with 39 goals in all competitions – just four shy of his personal best. Veteran striker Williams bagged 19 in all comps and club captain Downey hit 15 goals from the midfield.

However, the end result will have been closer than many first predicted. Newcomers Mountain Rangers pushed Thomas’ Cemaes side all the way for that title, with the Rhosgadfan side narrowly missing out on the title due to the Points Per Game (PPG) system. The Bay picked up 41pts in 16 games (2.56PPG) with Rangers collecting 38pts in 15 games (2.53PPG).

Who knows what would’ve happened had the season been allowed to finish in the standard way – as the two still had each other left to play at Rangers’ Cae Gors too. But the fact remains, and it will in years to come, Bay are the champs.

It’s a shame also that the club will not get to play in those several cup finals they had left to play in either – particularly in the Dargie Cup showdown against Hotspur Reserves which would no doubt have been a great finale – especially as Hotspur had been the only team to beat Cemaes so far this season.

But all involved at Cemaes Bay can revel in the fact that they the 2019/20 champions and I’m sure that will spur the club on to even greater things in the near future.

“I know I’m biased but I do think we were the best team in the league as we have been top most of the season.

“I’d like to thank all the players as you are a fantastic bunch of lads and we have had a lot of fun, I’m looking forward to next season all ready. I’d like to thank our chairman Raymond Pritchard for backing me from the start, the whole committee and our amazing grounds man Kevin Hewer without you we wouldn’t have a club. Your hard work day in day out doesn’t go unnoticed.

“Thanks also to the supporters that come and watch us in every weather, but the main thanks goes to my assistant Alan Gray without you this wouldn’t have happened. And last but not least to my wife-to-be Clair Humphreys – you see all the nerves and doubt I have and you always believe in me.”

Congrats to all at Cemaes and commiserations to Alex Philp and all at Mountain Rangers who have nothing to show for their fantastic efforts this season. I’m sure the future holds many a success for you too.