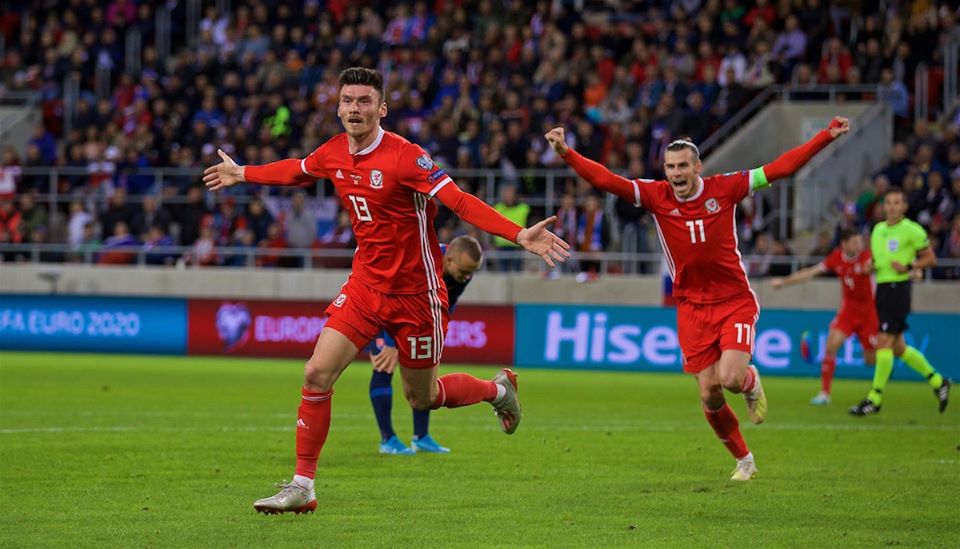 NEVER in a million years did I think I’d grow up to see Wales qualify for back-to-back major European tournaments.

When I was younger, I dreamt and dreamt that someday we’d go to the World Cup. Now while that vision might have to wait for the time being, it’s fair to say that the European Championship journey of the last seven years or so has more than made up for over half a century of international tournament pain for Cymru.

Whilst I might sound sceptical in saying that nothing will ever top our Euro 2016 campaign in which we reached the semi-finals, I do believe there is a growing hope that we can still enjoy another great campaign in 2020.

I, like many others, was very critical of Ryan Giggs when he first took over the reigns as manager around two years ago.

“Why should a man who barely bothered to turn up to play for Wales in his playing days take over as gaffer?” was seemingly the overall vibe throughout the nation. But it seems he’s now put us all in our place.

He might not be everyone’s cup of tea, but he’s done what’s been asked of him and it’s even more impressive when you consider that following in Chris Coleman’s footsteps was never going to be easy for any manager.

As a Welshman born in 95’, the greatest win I’d witnessed before the Belgium match at Euro 2016, was the famous 2-1 win over Italy in 2002 courtesy of Simon Davies and Craig Bellamy.

In terms of emotion though, the 2-0 win over Hungary on Tuesday night certainly comes close. A goal in either half by the much-missed Aaron Ramsey was enough to secure our place alongside 23 other countries at the tournament which takes place across 12 European countries between June and July of next year.

It was the perfect end to what was a fairly tricky qualifying campaign initially. When we lost to both Croatia (2-1) and Hungary (1-0) in June, qualification to Euro 2020 seemed a very distant dream and the future looked bleak.

But credit to Giggs, he seems to have worked his magic and found that starting eleven that just works. Four wins and two draws later and we’re through and on our way to a European tour once again.

On Tuesday night, Joe Allen was exceptional. His work-rate and positioning in the middle of the park was near-perfect throughout and his performance caught the eye of many. I’ve said it before and I’ll say it again – I can’t quite understand why (at the very least), a lower half Premier League team has attempted to take him from Stoke. He has the quality to play at the highest level, as he’s proved before.

Another one who perhaps doesn’t always get the credit but certainly deserves it after the Hungary win is Wayne Hennessey. Our very own hero on Anglesey, the double save “Henno” made to keep us in the game was remarkable and at a significant point in the game too.

It seems that the likes of those two and Johnny ‘Joniesta’ Williams and Connor Roberts to name just another two, take it up a notch when playing for their country.

We’ve also gone from (no disrespect but) having players like Steve Morison who couldn’t hit a barn door (one goal in 15 caps for a striker) to target man Kieffer Moore – who has two goals in five caps already and has changed the way we play to benefit both himself and us as a team.

I might be biased in saying it, but there’s just something about this team that you cannot hate and that’s the passion they have for that Dragon on their chest. You can see these players really care.

We might not have had the best players overall at Euro 2016, but by God, we had the most desire of any team in France that year – far more than eventual champions Portugal in my opinion.

And it will surely be the same again in 2020. An aging/by now highly-experienced Aaron Ramsey and Gareth Bale will lead the way for Wales’ golden generation once more.

They will be the inspiration for the next crop of stars currently coming through; from Daniel James and Harry Wilson to Ethan Ampadu and Joe Rodon. And even beyond that further into the youth system too with the likes of Brennan Johnson, Dylan Levitt, Ben Cabango and Neco Williams all waiting in the wings for a potential senior call-up in the near future.

I’m sure I’m not the only one who would say that these are exciting times for Wales at the moment. Our success in 2016 has spurred us on to something much greater than many of us ever thought it could and it’s been a joy to watch so far.

So, whether you make it to the tournament next summer or are simply supporting from your local, It will be great to see our small but proud nation rise up onto its feet once more to support our boys in Red.

And of course one man will still be on all our minds (below). C’mon Cymru!