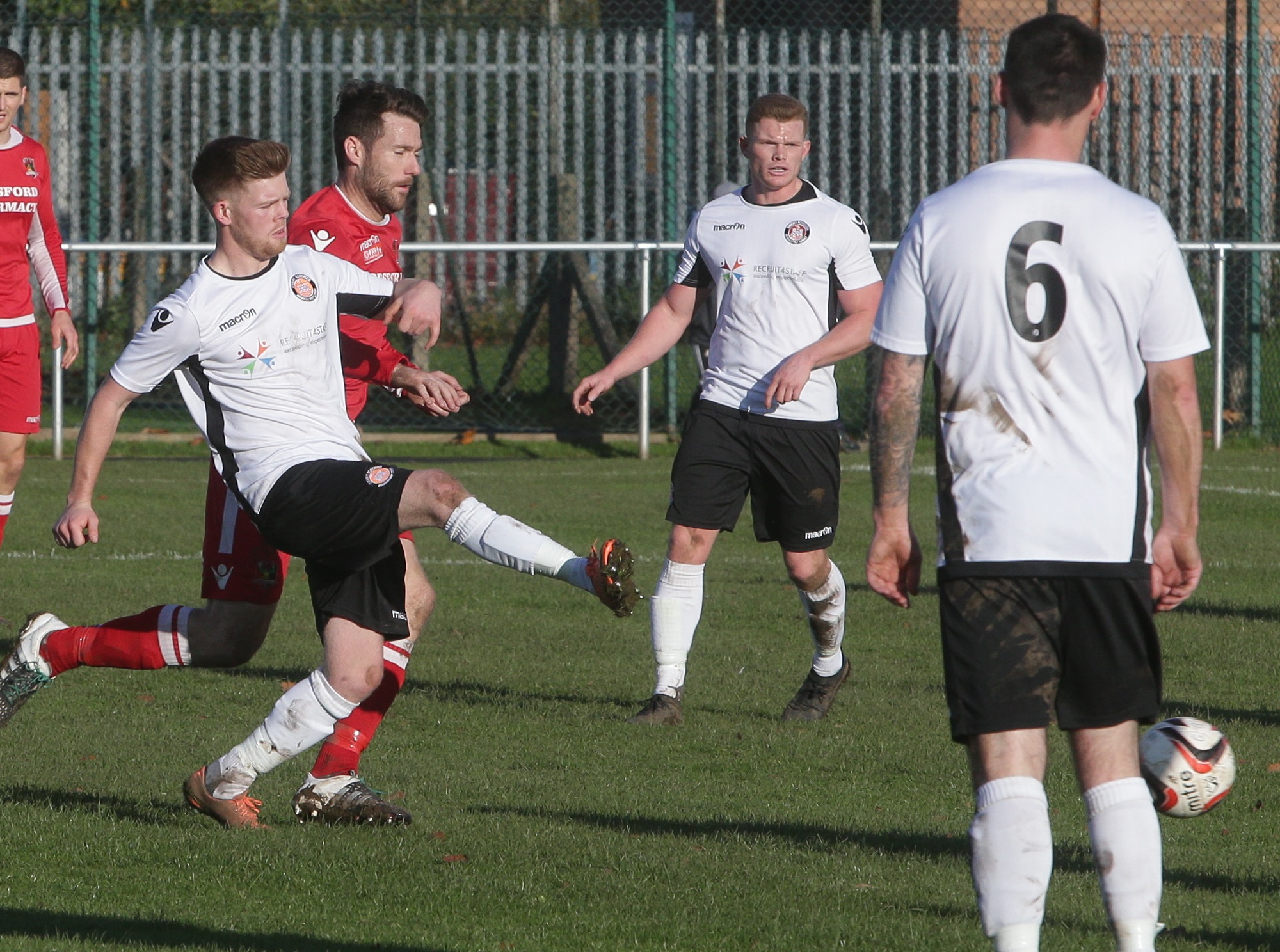 IN recent seasons, there are very few, if any, strikers from Anglesey who have been more prolific than Corrig McGonigle.

The 22-year-old has captured the eyes of so many players, coaches and clubs during his rise to the second tier of Welsh football. His knack for scoring goals is incredible and it’s been my opinion for a number of years now that he’s destined to play Cymru Premier football someday.

For a player who is still only 21 and also only in his seventh year of playing senior football, his record of more than 250 goals in total showcases his abilities.

Speaking to Y Clwb Pel Droed in 2018, a confident McGonigle said: “As my football career goes I’ve always been about scoring goals no matter what team I have represented and luckily I’ve been consistent enough to do that at all levels.”

His days playing for Bangor City under 19’s brought about his first taste of goal-scoring and team success – when he hit 30 goals in just 17 appearances as The Citizens won the Welsh Premier Development League.

The prolific forward’s transition from youth to senior football was as smooth as they come too as he hit 33 goals in his debut men’s campaign for Llangoed and District.

McGonigle, who grew up in Llansadwrn on Anglesey, then switched allegiances to Pentraeth, where he continued his free-scoring form – bagging 24 in his first campaign at Bryniau Fields in 2014/15.

A year later, he really rubber-stamped his reputation on the island as he hit 64 goals in all competitions. This secured him the coveted Bob Brodie Trophy prize handed out annually by Sports Reporter Dave Jones to Anglesey’s leading goal-scorer.

That kind of goal scoring form was bound to gather some attention and it wasn’t long before Huws Gray Alliance (now Cymru North) side Caernarfon Town snapped McGonigle up in 2016. However, despite showing glimpses of what he could do, he soon departed for Bodorgan-based Welsh Alliance One club Glantraeth (below).

It was here that he would re-discover his clinical finishing abilities as he went on to rack up 59 goals in 35 appearances as Glantraeth won the Welsh Alliance Division One and Cookson Cup double. That amount also saw him scoop the Bob Brodie Trophy for the second year running – becoming the only player to date to do so.

With Glantraeth denied promotion to the Huws Gray Alliance due to ground restrictions, their team began to collapse as players departed left, right and centre. These included McGonigle and manager Warren Gibbs who both left for pastures new at Conwy Borough (who were in Welsh Alliance One).

The first season with The Tangerines brought about even more huge successes for the striker as he scored another 59 goals for a side that went on to win a treble of the WA1 title, FAW Trophy and Cookson Cup.

Promotion to the Huws Gray Alliance followed and, despite many questioning whether or not McGonigle could hack it at that level, but he soon silenced the doubters with a string of impressive performances once more. He ended the campaign with 19 goals to his name (second top scorer in the division) as Gibbs and co steadied the ship in their debut HGA season and ensured that Borough finished 11th in the league table.

Fast forward to this season and McGonigle, still at Conwy, is once again proving to be the main man with nine goals already in Wales’ one of two Second Tier leagues.

In the interview with Y Clwb Pel Droed last year, he also spoke of his dreams of playing in the highest division in the future, saying: “Welsh Premiership football would be one aim. If I continue to play how I am and consistently work hard to improve my game I don’t see why that can’t be reached in the near future.”

I’ve tipped him for success ever since I watched him play for Pentraeth all those years ago and if he continues to grow at the rate he has been doing then nothing should stand in his way. He’s a joy to watch and without doubt the most prolific striker to come out of Anglesey in the last decade.