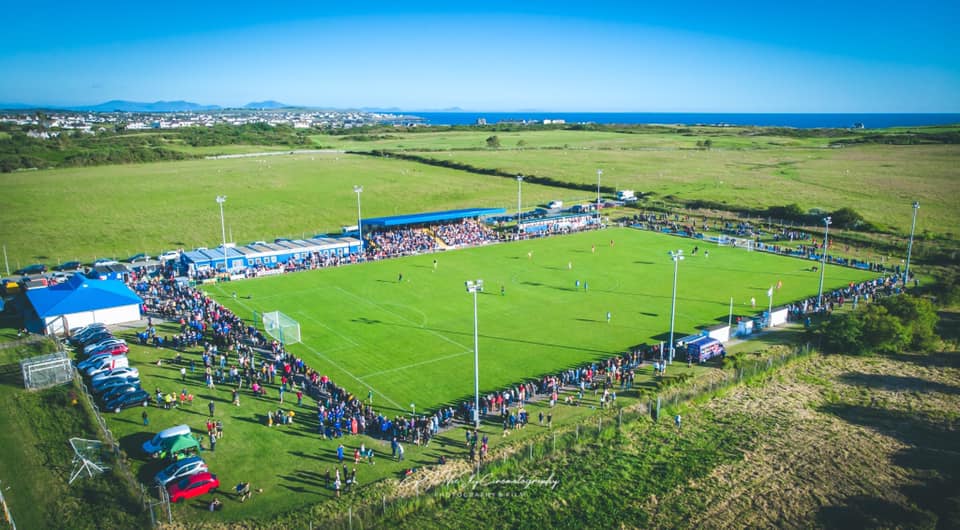 HARD to believe that it’s already done and dusted isn’t it? The biggest footballing tournament to have been held on Anglesey in recent times was a real treat for the eyes.

Our boys and girls did us proud – walking away with gold and silver medals and really put Ynys Mon on the map.

** Jersey controversially went out of the tournament despite claiming six points as, having been placed in the competition’s only group of four, it meant that their 7-0 victory over bottom side Western Isles was omitted from calculations to determine the best-placed runner-up, in accordance with Fifa rules. Thus, putting the Shetland Isles through in their place. **

(All played on Thursday)

(Played on Friday and AFTER EXTRA TIME)

(Both played on Thursday)

(Both played on Wednesday)

YNYS MON’S Men team took the gold medals in the Huws Gray 2019 Island Games Football tournament – becoming the first set of players from Anglesey to do so in 20 years.

The match on Friday started off in the worst possible fashion for Campbell Harrison’s side when Guernsey were ahead after just five minutes thanks to a Keanu Marsh strike.

There was a chance to pull level just ten minutes later when, after Guernsey’s Frank Tobin was sent off for a clear handball on the line, Môn were awarded a penalty. It wasn’t to be though as Sam Jones saw his spot-kick saved brilliantly by James Hamon who produced a fine save.

The drama continued on the half hour mark when another penalty was awarded – this time in Guernsey’s favour. Matt Loaring stepped up to take it but once again it was saved as Paul Pritchard got a strong left hand to the ball to keep it out.

In the second half, Môn continued to push for an equaliser, and although it took until the 70th minute to finally arrive, it was well and truly worth the wait. Llangefni Town’s Liam Morris hit his third goal of the tournament – a sensational left footed volley into the roof of the net to make it 1-1.

Mel McGinness then secured the victory for his side six minutes from time with a great finish from the right hand side of the goal to spark scenes of celebrations from the 3000 fans who had packed into Holyhead Hotspur’s New Stadium. (Captured via this phenomenal picture above!)

The Isle of Man FA’s women’s team eventually clinched the gold at the Inter-Island football tournament.

The Manx beat their Welsh hosts 2-1 in Friday afternoon’s final thanks to an early strike from Sarah Wignall and a penalty just before half-time from Eleanor Gawne.

Catrin Evans pulled one back for Ynys Mon, but Brian Cowin’s Manx squad held on to lift the title.

Karen Williams’ Mon Ladies did the island very very proud with some fantastic performances along the way however and will write themselves into the history books for claiming those silver medals.

(Both played on Friday)