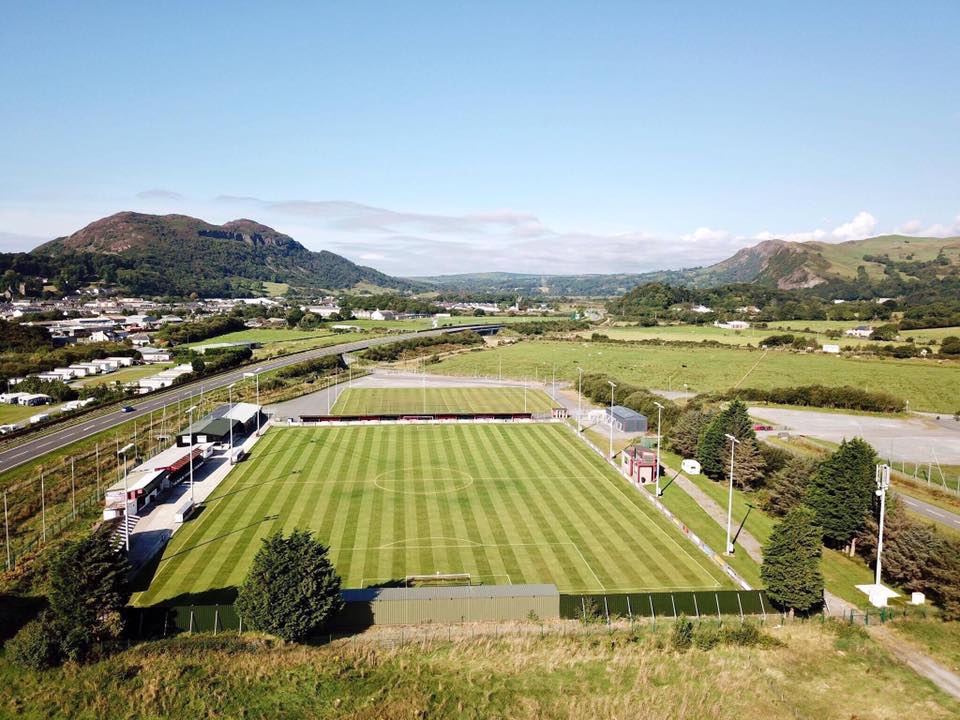 MANY people have been talking about Menai Tigers (Gwynedd League) and Bryngwran Bulls (Anglesey League) this season and their incredible unbeatable runs (which both subsequently came to an end last week). However, there is one team in the region that remains unbeaten – Porthmadog Reserves.

Sion Eifion Jones side have been in formidable form in the Reserves League during 2018/19 – only dropping points on three occasions. After 22 games, they are 12 points clear at the top, have scored 109 goals (at least 20 more than anyone else) and have conceded just 28 – the second best in the league after second placed Denbigh Town who have conceded just 18.

They also have the league’s top scorer in their ranks, which certainly helps boost that goal difference. Despite being only 22-years-old, Sion Parry (below) is already considered to be an experienced striker who had a phenomenal goal scoring record whilst at Gwynedd League side Llanystumdwy. This season he’s hit 31 and looked unplayable at times.

Second top scorer Cai Henshaw has bagged 18. The youngster can play anywhere across the front three and possesses great technical abilities. The highlight of his season came when he netted seven goals in the crushing 13-0 victory over Kinmel Bay Reserves last month.

Fellow attacker Rhys Hughes has also hit double figures (11) this season and so it’s not hard to see why Porth’s second string are firing on all cylinders at the moment.

Manager Sion Eifion Jones enjoyed major success with the under 18’s side last season, winning the Vale of Clwyd & Conwy Youth League with a 100% record and lifting the North Wales Coast FA Youth Cup too. He has since brought most of that squad along with him for the ride with The Reserves, including goalkeeper Morgan Jones, U18’s captain Aled Williams and their aforementioned top scorer Rhys Hughes too.

Jones, who has been with Porthmadog for three seasons now, says seeing his young stars progress year on year has been the highlight of his journey to date.

“Seeing the lads develop from being 16 year old boys, getting heavy defeats every weekend to young men who are more than holding their own in the reserves league has been great,” he said.

“It would have been easy for them to give up three years ago but they’ve worked so hard and are now getting the rewards for their efforts. It’s a skill and trait that they can now take into any walk of life.”

Porth Reserves now need just four points from their final four league fixtures to be crowned league champions. Aside from the obvious candidate that is Sion Parry, Jones says the whole team deserves credit for their “fantastic” efforts during 2018/19.

“A lot of them have stood out for me, to be honest, I could probably name them all as they have all played their part in what’s already been a fantastic season for us,” he added.

“Our captain, Dion Roberts has led the team fantastically well and shown such maturity at only 21. But, as I said, I could name them all and it makes it even better that they’re all great lads to work with too.”

Jones is heading into his final weeks of being in charge of The Reserves as he is set to take over as boss of the first team, who play in the Huws Gray Alliance. Current manager Craig Papyrnik will step down in May and Jones is seen as the perfect man to replace him.

Having worked hard alongside the likes of Guy Handscombe, Steve Smith, Ioan Llewelyn, Mark Orme and more recently Sion Tudor to develop Porth’s academy into one of the best around, he says he’s now looking forward to the next chapter in his managing career.

“I’ve had a fantastic three years as the second team manager at the club and I can guarantee that whoever takes over the role will have a great set of lads to work with,” he said.

“On a personal level, I can’t wait to step up to my new role next season and hopefully have the same level of success with the first team.”

Jones will now be looking to bow out of the role by leading his side to the league glory that is well within their grasps and with just three games remaining, they have a very good chance of going a whole season unbeaten too. There is also the possibility of another Cup success story with Porth Reserves set to take on Colwyn Bay Reserves in the League Cup final on April 26.