The Anglesey League’s “Game of the Weekend” certainly didn’t fail to disappoint as Caergybi and The Bulls played out a ten goal thriller that was full of drama from start to finish.

The Bulls, who were unbeaten heading into this fixture, looked for all the world like they were heading to another straightforward win when they found themselves 2-0 up very early on.

However, an incredible turnaround from the home side saw them go 3-2 up before half time. Incredibly, Bryngwran missed two penalties in the first 45 too as the usually in-form Craig Moore saw Cybi goalkeeper Kieran Weeks save both attempts.

In the second half, Caergybi continued their fine performance by finding themselves 4-2 up, but Bryngwran continued to push and claimed another to set up a truly tense encounter.

Or so it seemed, until Caergybi added two more goals of their own to the scoreline to make it 6-3 and well and truly game over. The Bulls added a fourth goal late on but Caergybi held out for a famous win.

James Ryan was among one of the star performers on the day. The Caergybi striker scored a hat-trick against his former club to earn them what could be a huge three points in the race for the title. Goalkeeper Kieran Weeks was equally superb on the day – saving two spot kicks and pulling off a number of fine saves.

In what was perhaps an even more surprising result than the Caergybi v Bulls game, Cemaes took a huge three points off Arriva Bangor on Saturday afternoon.

The game finished with a scoreline that not many would have predicted before it all kicked off, but credit to Darren Hughes’ side in this one as they pulled off a fine performance.

Goals from Chris Hughes, Liam Dhillon and Liam Rodriguez’s second of the season saw Cemaes earn themselves their second league victory of the 2018/19 campaign. Arriva never really got going in this one and their only consolation was a goal scored by midfielder Liam Roberts.

With Caergybi claiming a win over Bryngwran Bulls, it was a blow for Arriva to lose this one, but Cemaes deserve the praise for the way they came away with a win. 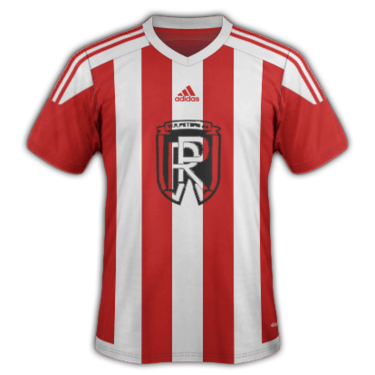 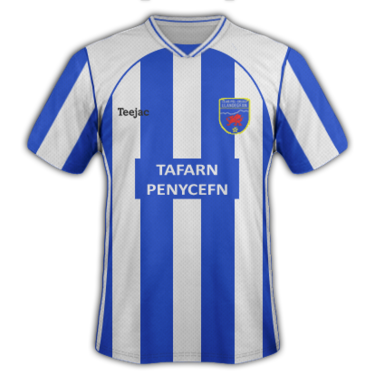 Bodorgan claimed their second win of the season with a fairly straightforward win over Llandegfan, who are still looking for their first three points.

Some sloppy defending from Llandeg saw the home side race into a 2-0 lead. A corner was not dealt with and that allowed Nathan Evans to go in and score at the back post. Tall forward Luke Allaway was on hand to fire in a second after a similar occurrence took place around ten minutes later.

The home side looked out of sight when Luke Gardiner finished well to make it 3-0 but Llandeg midfielder Cerwyn Griffith pulled one back just before half time.

Unfortunately for Llandegfan, injured skipper Cameron Slater had to be replaced at half time. Bodorgan made it 4-1 immediately after the break when Allaway got in behind the defence to score his second of the game and virtually kill the game off.

A better second half from Llandegfan saw them create chances and Bodorgan probably should have added a few more themselves with several chances falling to Allaway and Gardiner. However, it remained 4-1 and Llandeg’s quest for three points goes on.

Llanfair’s poor run of form continued with a disappointing loss at home at the hands of the energetic Hotspur Reserves.

Shaun Morris did score from the spot for Steve Lilly’s side but a brace each from Casey Gregg and Martin McClymont made sure that it was Mike Kelly’s team who took the three points from this one.

The loss means that Llanfair have not won since their first game in the Anglesey League when they beat Valley 1-0. Hotspur Reserves on the other hand are proving to be a very good side and have settled into this division very well. 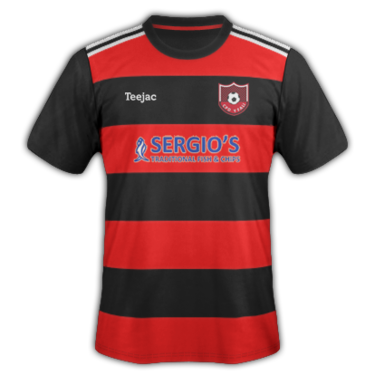 These two sides shared the spoils as Pentraeth continued to prove that they will be a tricky team to come up against this season.

The visitors found themselves taking the lead on two occasions in this one thanks to goals from Gwynfor Owen (third and fourth of the campaign). However a goal from Mike Williams and a wonder strike from Barry Haigh late one snatched a point for Valley.

Pentraeth Reserves will be disappointed not to have had more than just the point here as their recent away form has been superb – having come away from Holyhead Hotspur Reserves with all three points just last week. Equally, Valley will also be gutted as they have been on a good run – even beating high flying Caergybi just a fortnight ago. Fair to say, a draw was probably the right result here.

Next weekend’s fixtures are as follows (all Saturday, September 15):