Arriva bounced back from a loss and a draw with a much-needed win over Llanfairpwll who have struggled recently.

Kevin Jones’ side proved to strong for Llanfair in the end as the latter continued to look for their first three points since they beat Valley on the opening day of the campaign.

Goals from Dion Taylor and Steven Hughes were not enough for the visitors as the home side marched onto three points in this encounter.

Midfielder Liam Roberts was on target for Arriva as was Liam Jones and winger Darren Edmunds scored his first goal for the club to secure a vital three points for his side.

Yet another win for The Bulls on Saturday, although it wasn’t as straight forward as some might have predicted before the game.

Nevertheless though, Richard Owen’s side still sit pretty at the top of the Anglesey League table thanks to another convincing display against Bodorgan.

Another blistering start to a game saw attacker Konner Druce, who’s becoming something of a specialist at headers, rise higher than anyone to a Iolo Jones free kick and nod the ball home for 1-0.

Bryngwran’s Player of the Month for August Craig Moore continued his fine form into September as he made it two soon after, brilliantly evading three challenges before smashing the ball home.

The Bulls were then denied what seemed to be a clear third goals – Matty Roberts fired the ball towards goal and although it seemed to have definitely crossed the line, the referee denied the goal (evidence that it crossed the line shown below – courtesy of Wynne Evans who acted as Anglesey’s very own VAR on Saturday!)

A controversial penalty decision was then made after Druce had put the ball in the net already causing confusion amongst players of both sides. Moore stepped up to dispatch the penalty though – making it 3-0 with his 19th goal of the season already.

A lacklustre first half from Bodorgan saw them go into half time three goals down, but in truth, it could have been much worse. They came to life a bit more in the second half though and rode the storm well as they kept Bryngwran out for a full 45 minutes, something that other teams have struggled to do so far.

They were rewarded for their determination and patience in the final five minutes. Former Bryngwran defender Nathan Evans smashed the ball home from close range for a consolation goal that ruined Bulls keeper Lee Heywood’s hopes of a  clean sheet.

19 points out of a possible 21 for The Bulls so far then and it’s hard to see anyone stopping them in the current mood they are in. Bodorgan on the other hand can be proud of the way they played in that second game and with Llandegfan at home coming up next they will fancy their chances of returning to winning ways in that one.

Cefni continued to surprise their critics with yet another win in the Anglesey League, this time over a Cemaes Bay side who had been in very good form.

Both teams headed into the tie in high spirits having enjoyed some great results of late. However, it was the Llangefni-based side who eventually took the three points in this closely-fought fixture.

A Huw Allen goal was the only difference between the two sides at the end of the 90 minutes as Cefni made their way up to seven points on the board. Cemaes on the other hand will feel like it was an opportunity lost in this one.

Chris Davies’ Cefni side have shown that they are no pushovers now and with more confidence coming to this side every week, they look as though they could go onto surprise quite a few teams this season if they really put their minds to it. Same goes for Cemaes, who were unlucky on this particular Saturday afternoon.

Striker Kenny Williams maintained his form by pulling Pentraeth back into the game on the hour mark after player-manager Mike Kelly had put Hotspur’s Reserves into the lead early on.

Pentraeth then took the lead ten minutes later when Tom Jones headed in from close range before the lively Williams added his second to put Danny Jones’ side in control of the tie. A Ben Hamilton goal later on was not enough to spur the young home side – who had also seen a spot kick saved by Lee Williams – onto any sort of result here.

A huge win for the visitors then as they move on to seven points in the table, having previously beaten Llandegfan and drawn with Cemaes Bay. Hotpsur’s Reserves will be disappointed by this result though, as they had been on a very good run prior to this match.

A much-improved Llandegfan performance on Saturday afternoon was not quite enough to earn them any points against Valley but nevertheless, they will feel as though there are positives to take from this one.

For a team who has lost 12-1 twice already this season, Lland looked like a totally different side in this one as they gave Valley quite the scare, particularly in the first half. Had they managed to have been more clinical in front of goal – they could have found two or three but chances went begging.

But as so many times before, their attempts proved to be in vain when the visitors eventually took the lead through Ashley Hughes who fired in from close range after Llandegfan failed to clear a corner.

1-0 at half time was a scoreline not many would have predicted here and it seemed as though Llandeg were beginning to give Valley something to think about. However, credit to the away side, they did eventually kill the game off.

The introduction of Mike Williams onto the field seemed to make a difference for Valley in the second half as Llandeg didn’t really know how to cope with him at times. His tall figure made him the perfect target for flick on’s and that caught Llandeg high and dry when James Swales broke into score and make it 2-0. A quickfire double from Andrew Bailey and Mike Williams then made it 4-0 soon after.

Llandegfan’s moment in the spotlight finally came on 85 mins when pacey winger Dale Rowlands played the ball into Dave Parry who then flicked it back to Rowlands and he broke in behind to put the ball into the net, despite the best attempts from Valley defence to keep it out. Valley then had the last laugh in stoppage time though when Williams added his second of the game to well and truly confirm the victory.

It was heartbreak for Llandeg once again then, but plenty of heart and fight shown by them in this one. Goalkeeper Jamie Owen, making his debut against his former side, was incredible in net at times, pulling off some great stops, whilst Sion Thomas adapted to his new role at right back well. Valley showed fight and persistence to go on and win what could have been a very tricky game for them. 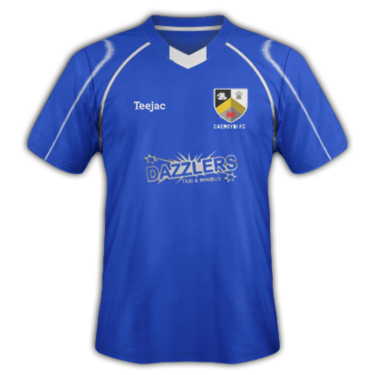 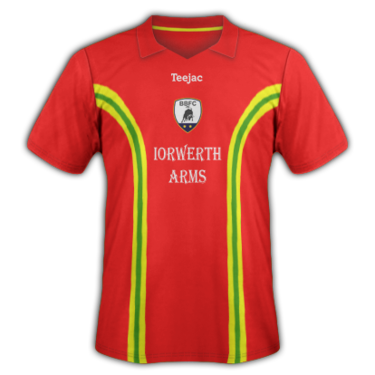 Top scorers as it stands (all comps):