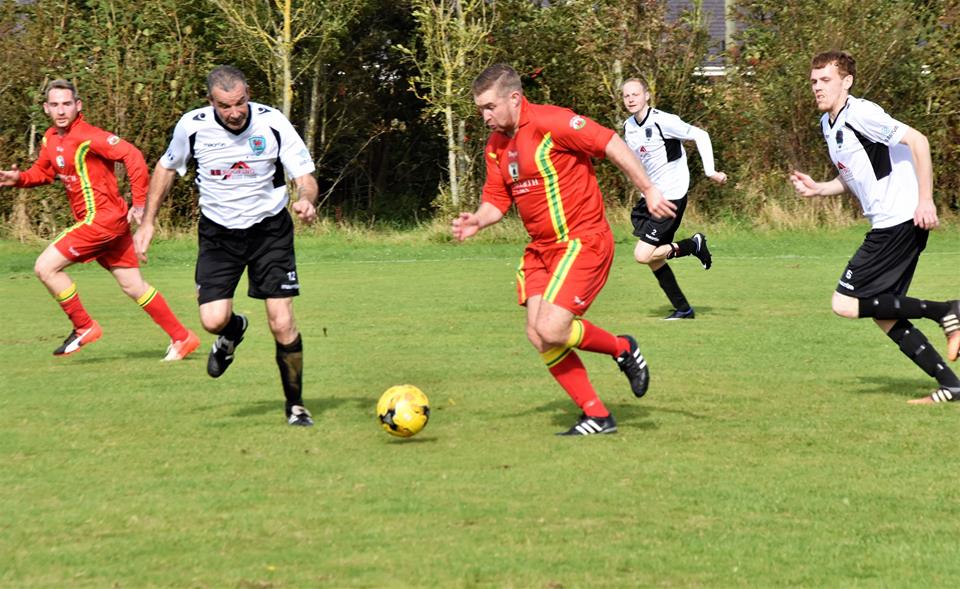 CHRISTMAS time is upon us and that means that football on Anglesey has come to a halt for a week or so, before fixtures return just before the New Year on December 30.

So, what better time than now to take a quick look at the goal scoring rankings in the Kon-X Anglesey League?

Having played in the Kon-X Anglesey League for a number of seasons now, I suppose you could regard Owen as a bit of a veteran and he’s certainly letting the experience show this season.

When playing in the Anglesey League for Holyhead-based Morawelon in 2013/14, Owen hit 57 goals and I have no doubts that he will reach at least 35 this season.

He began the 2017/18 campaign in great form for Valley Athletic but switched allegiances to bitter rivals Caergybi shortly after.

He currently tops the goal scoring charts with 24 goals to date for both sides. Many would argue that he should be playing in the league above, but for now he’ll be determined to fire Caergybi up to the Gwynedd League.

The Bulls are enjoying a fine campaign this year, currently sitting in third place in the Kon-X Anglesey table.

As a team, they’re strong as a whole, but forward James Ryan has been their main man in terms of goals – scoring 22 to date.

He’s in terrific form in front of goal and with creative players all around him on the pitch it’s easy to see why.

He has a natural goal scoring ability and will be hoping to fire the Bulls to unexpected glory this season. 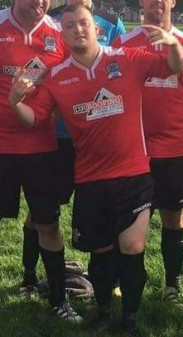 Having turned into a Saturday League side over the summer, Arriva joined the Kon-X Anglesey League a little later in the 2017/18 season.

Nevertheless, they’ve shown signs of being a great team and a huge part of that has been Hughes’ finishing.

Having spent three seasons in the Sunday League with Arriva under Kevin Jones, he’s decided to remain loyal to his manager and remain with Arriva in the Anglesey League.

19 goals to date and he’s looking like he could be one of the league’s top scorers come the end of the season.

Valley have been banging the goals in left, right and centre so far this season, having notched 60 in the league alone and have goalscorers all over the pitch.

The main man at the moment though is Mike Williams who has netted 19.

The tall striker uses his natural strength to claim the ball in the air and has caused havoc for defenders this season with his height and physical presence.

With creative players such as the midfield pairing of Marc Wilson and Jordie Lees behind him, he’s guaranteed to score quite a few more before the end of the season.

Another one of Valley’s hitmen up front – Justin Williams – has been just as lively as Mike and acts as the pacey forward when the two are up front together.

The combination of strength and speed that the two provide is enough to be a handful for any Kon-X Anglesey League defence and so it’s not hard to see why both are closing in on 20 goals already.

Justin himself has 18 goals to date and I have no doubts that he will add a lot more to that in the New Year with his finishing abilities.

Caergybi had been on an unbeaten run from September until this month and Druce played a vital role in that squad, before he made the move to rivals Valley Athletic.

He hit 11 goals for Caergybi as they marched into the top four in the league and since making the switch to Valley, he’s hit two hat-tricks in just three matches.

Out wide, he’s a joy to watch (which is exactly what I did when I played against him at right back for Llandegfan!) and is a threat to any team.

At Valley, he has joined the several other prolific scorers and makes them even more dangerous – which will give them a major boost.

Bodorgan have come back to life in recent weeks. They have picked up some points and even victories in Cups.

Tall striker Allaway has been the main man up top for them and has notched 14 goals so far.

Even when things weren’t going so great for the club, he was still scoring goals.

One of the highlights of his campaign so far was a hat-trick in the 4-2 Elias Cup win against Pentraeth Reserves this month.

Mynydd Tigers are sitting pretty at the top of the table heading into the new year and have surprised many with their performances.

Despite having a youthful side, they’ve dominated many a match and Hofsteede has been a big reason for that, socring 13 goals in just nine matches so far.

The 17-year-old attacking midfielder was signed from Caernarfon Town where he played for the U19s and was on the fringes of the 1st team.

Llangoed Reserves have had a bit of a stop-start season so far, sitting on six points in the league, but the good news for them is that they do have a natural goal scorer in their squad.

Arwyn Morris is a talent and knows exactly where the goal is, so I wouldn’t be surprised if he moved onto Llangoed’s first team in the Gwynedd League real soon.

One of the highlights of his season was bagging a hat-trick in a 3-2 win at Llandegfan, which included a stunning last minute volley that won the match for his side.

BEST OF THE REST:

There are also several other players who are very close to hitting double figures too.

Player-manager Jordan Love is the top scorer at Llandegfan on five goals.

Who do you think will top the charts come the end of the season? Let AFEFootballNews know in the comments section below …