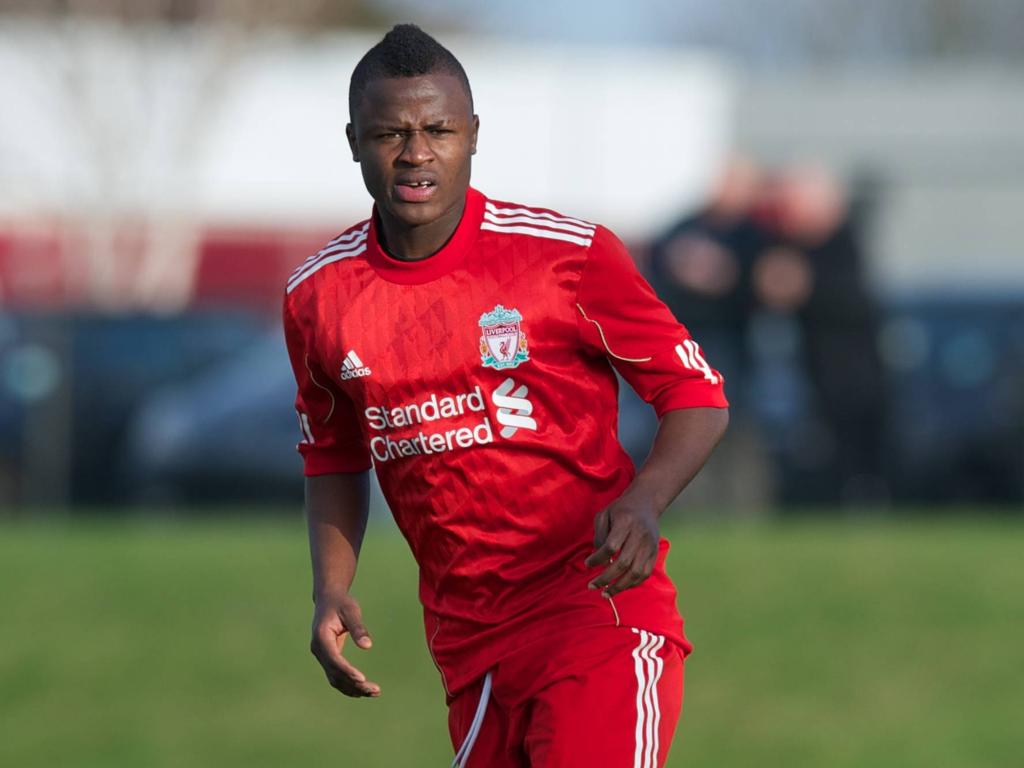 FANS of Bangor City will be familiar with defensive midfielder, Yalany Baio, after he made several appearances for the club last season.

The 22-year-old, is a tough tackling midfielder who holds dual Guinea-Bissau and Portuguese nationality, but has actually won one cap for the Guniea-Bissau full national side.

Beginning his career in the Sporting Lisbon youth structure, Baio went on to join Liverpool in 2011 where he featured in the Reds’ youth and reserve sides for five years. At the time, he played alongside the likes of Raheem Sterling, Andre Wisdom and Jordon Ibe.

Tracked by several clubs following his release by Liverpool in 2014, Baio joined Dutch second division side, Sparta Rotterdam in January 2015. It was here that he made his biggest impact to date, arguably.

In the same month he was signed, Baio made his professional debut in a 1-1 draw away to Den Bosch. In his second match with the club, he scored a goal in a 6-0 routing of Ajax’s under 21’s. He made nine appearances for the club before a serious ankle injury kept him out for a long period of time.

In January of 2017, the midfielder signed a short six-month contract with Welsh Premier League side Bangor City. He made a handful of appearances for the Citizens (mainly coming off the bench) and fans seemed to like him as he always put in a decent shift when playing. He also helped the club qualify for the Europa League qualifying rounds via the play-off’s.

Now, having left City at the end of his contract, he told AFEFootballNews that he aims to progress to one of Europe, or indeed the world’s “elite” league’s over the next few years. Here’s my full interview with him …

AFE: Hi Yalany. First off, who did you support when growing up and who was your footballing idol?

YB: I supported Real Madrid as a youngster.

My idol has always been Claude Makelele.

AFE: What would you say are your best qualities as a footballer?

YB: My passing, both short and long and my tackling. My pressing is also good and I help organise the midfield so the game can become easier for us to go on and win.

AFE: You came through the youth ranks of Sporting Lisbon and Liverpool. How did going through those systems help you improve as a player?

YB: Both teams definitely helped me a lot with my progress that has helped turn me into the player that I am today.

Liverpool were particularly helpful as I was at the club for five years and so I learnt a lot at there academies in Kirkby and in Melwood too.

AFE: Who were the best players in the Liverpool academy at the time you were there?

YB: The best of the bunch was Raheem Sterling. He was the same age as us but he was always playing with the older group of players, before he went on to play with the first team.

He had all the quality of those players who were older than him and. He was just a machine!

AFE: You made your professional debut with Sparta Rotterdam in 2015. How was that experience?

YB: Playing in the second division (Jupiler League) of Holland with Rotterdam was good.

I particularly enjoyed my first game which we drew 1-1 away to Den Bosch and I played the full 90 minutes. Just to get that feeling was great.

The second match I played in we played against Ajax’s under 21 side and won 6-0 and that was the match that I scored in.

The standard of football there was good and I felt no pressure.

AFE: Following that, what made you want to come to Wales to play for Bangor City? Who was the best player there?

YB: I was out of action for a year and a half due to an ankle injury.

Following my return to playing, Bangor called me and offered me a six month contract to get some game time once again.

I just wanted the chance to be playing first team football in a decent league and the move suited me.

Henry Jones was the best player at the club for me personally.

AFE: Did you enjoy the experience of playing in the Welsh Prem? Was it a hard decision to make leaving Bangor?

YB: Yes it was not a bad league to be playing in, it gave me a good chance to get some game time like I said.

I only agreed a six month contract with the club so it was never really going to be a permanent thing, as my aspirations are to go on and play in one of the world’s elite leagues. So I left because it was a temporary situation.

AFE: Finally, what’s next for you now Yalany? What have you got planned?

YB: Right now I am in Spain and we have had/are having some meetings with clubs here. I can’t say anymore than that right now sorry!

Thanks very much for answering AFEFootballNews’ questions Yalany and all the best in your quest to find a new club!