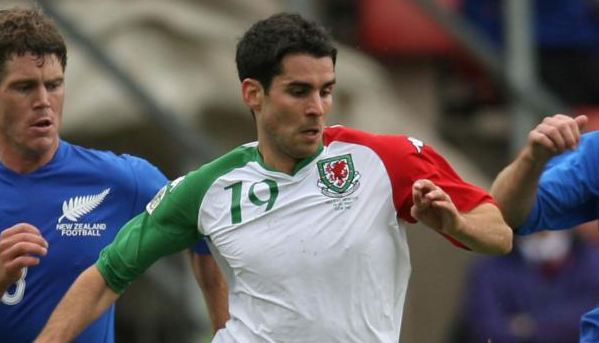 THIS is a topic I’ve heard many a time before amongst fans of the Welsh Premier League.

Whilst realistically we all realise that nobody from the Welsh Premier League is likely to be called upon to represent the Welsh national team anytime soon, it’s fun to just dream a little isn’t it?

Imagine all 23 players chosen for the Euro’s last summer were injured for example, who would you call upon then? You’d probably still turn to players who play in the lower realms of the English Leagues or possibly the Welsh Under 21 side of course.

BUT what if we HAD to choose players from the Welsh League? Who would we turn to in our hour of need? AFEFootballNews selects 23 players who could make the cut …

There’s no doubting that Roberts has been working his way towards being one of the best Goalkeepers in the league in recent seasons.

The Chirk-born shot stopper was once on the books of Everton as a youngster and actually earned a call-up to the full Wales squad back in 2014, but did not feature.

He moved to Nantporth in the 2014-15 season and has cemented down his place in the first team ever since, making 75 appearances for the Citizens so far and establishing himself as a favourite amongst the fans.

The 24-year-old proved what he can do in big matches in the first leg of Bangor’s Europa League Qualifiers. City may have lost 1-0, but if it hadn’t been for Robert’s man of the match performance it could have been 4 or 5-0.

Spender is somewhat of a veteran in the Welsh Prem, having made over 170 appearances for TNS to date and has lifted the title in EVERY season since moving there in 2011-12.

The right back has become a vital player to their starting eleven and is definitely one of the most reliable defenders in the WPL.

The 31-year-old, who was born in Mold, progressed through the Wrexham youth system to make 110 appearances as first-choice right back and won six Wales Under-21 caps. Arguably, his move to TNS has turned him into an even better player as he has become a true champion.

Down the other flank at left back, I would play Ryan Valentine, who is another highly experienced and reliable player.

He started his career with Everton before making 162 appearances for Darlington between 2002 and 2006. Then, he signed for Wrexham on a free transfer in 2006 and was called-up to the Welsh squad to face the Czech Republic and Brazil, but failed to earn a cap.

He played a vital role in Wrexham’s Football League survival bid, scoring a penalty in the must-win game against Boston United in May of 2007. Six months later, it was announced that he had left Wrexham after making 48 appearances and rejoined his former club Darlington. He then went on to play for Hereford and Telford United, before joining Bala in 2013.

The 34-year-old has been a big part of the Lakesiders’ success in a period which has seen them play in European Qualifiers for the past two seasons now and they seem to be improving year on year.

87 appearances in just four seasons at the club, despite the fact that he was 30 when he arrived, tells you just how important a player Valentine is to that Bala squad and that’s why I’ve added him in to my squad.

Edwards is a player I like the look of.

Once considered a rising star in Wrexham’s youth ranks, the 26-year-old was promoted to the first team at the Racecourse by Dean Saunders. He was voted Welsh Premier young player of the season for 2011/12 when playing for Neath and after the demise of the Eagles, he signed for TNS in June of 2012.

After four successful seasons at Park Hall, he returned to Wrexham as manager Gary Mills’ first signing in the summer of 2016 but was back in the WPL six months later with Gap Connah’s Quay, where he has remained since.

A strong and commanding centre back, who can play as a full back and in midfield if required to do so, his versatility would make him a bonus to almost any team in the WPL and the fact that he has played over 170 matches in the league at jus 26 years old shows you just how good he is.

Alongside him, I’d put one of the most professional players to ever grace the WPL in my opinion, Chris Marriott.

He first came to the Welsh Prem on loan for Cefn Druids in the 2008-09 season on loan from Wrexham. When he was released by the Dragons that summer, he decided to join TNS and it’s fair to say that that was the best decision he ever made.

Now a seven time winner of the Welsh Premier League, the 27-year-old who can operate at centre back or at left back, has made over 230 appearances in the league for both sides and has established himself as a well-respected player amongst his peers.

I couldn’t have left him out of the side.

Venables first appeared in the Welsh Prem for Caersws way back in 2003/04 and has also played for Welshpool Town, Llanelli and Aberystwyth Town, before making the surprise switch from Park Avenue to Bala ahead of last season.

The 31-year-old is probably the most experienced midfielder in the league, having by now made over 370 appearances, scoring 136 goals. His finest campaign came in 2014-15 for Aberystwyth when he scored and incredible 28 goals in just 27 matches, which is insane for a midfielder.

He won the golden boot in both 2014 and 2015 and was also named Welsh Prem Player of the Year in both those years, so he would most probably be my captain of this Wales team if I’m honest because his experience and quality is often unrivalled.

Meanwhile, Thomas is like a hidden gem in the middle of the park for Carmarthen.

He started out for the now defunct Neath FC, before going on to Afan Lido and his current club in 2012-13. He has become a talisman for the club, scoring at least nine goals in every season since being there, which is a healthy tally for any midfielder.

The 25-year-old scored 13 goals in his 32 appearances this season and I think he’d fit in well next to Venables in this midfield partnership.

Citizens winger Edwards has been at Bangor for all of his Welsh Prem career spanning back to 2006-07 (minus the brief loan at Rhyl last season).

He came through the local Penrhosgarnedd youth side before gaining youth and reserve experience of playing at Wrexham. During his spell at Bangor, he has been voted into the Welsh Premier team of the season in both 2007/8 and 2008/09 and has been a fans favourite ever since his inclusion in the first team.

Naturally a left winger, Edwards is known for being pacey and can make quite the impact when coming on from the bench. Unfortunately, in recent times his game time has been limited at Nantporth for the 29-year-old thanks to a lot of transfers being made and new players coming in, he’s slipped down the pecking order.

However, he’s still a valuable player to have in this side I think and I play him in behind the strikers as an attacking midfielder.

The former Wrexham star who played many a match in the football league with the Dragons, has well and truly become Llandudno’s main man as both a striker and as a centre forward just in behind the striker.

In both his and the club’s WPL debut season in 2015/16 he helped guide them to a Europa League spot and became the Welsh Prem Player of the Year in what was an unforgettable season for everyone involved with the Seasiders.

Last season, despite struggling with injury at times and Llandudno assuming a bottom half finish, Williams was still their main man and finished as their top scorer too (eight goals).

He is a former Wales under-21 international who played alongside the likes of Aaron Ramsey and Joe Allen during those days, so I would definitely include him in my Wales starting eleven.

Naturally, I had to select Nardiello in the squad.

He has one cap to his name for the senior Welsh side (which is one more than anyone else in this list!) and started off as a trainee at Manchester United, playing in both League Cup and Champions League matches for the Red Devils. He then went on to make a total of over 300 appearances for several different football league clubs, so his experience of playing at higher levels would be vital to this side.

The 34-year-old had an impressive debut WPL season with Bangor last season, finding the back of the net 13 times in 28 appearances.

I have no doubts that we’ll see him do the same, or possibly even better this season. He’d lead the line for this Wales side in my opinion, brilliant player.

Alongside Nards I’d put the one and only Les Davies, who’s something of a Welsh Prem legend by now.

Best known for his spell at Bangor City, powerful hitman Davies has hit 122 goals in just under 400 appearances in the WPL and I think no matter where he goes he’ll always give you goals.

Last season he scored nine for Connah’s Quay and he’s now made the move to Bala Town ahead of the 2017/18 campaign, where I think he’s likely to make a big impact once again, if he is behind Mike Hayes in the pecking order.

One of the most experienced strikers in the league, I just simply had to include the big man in my starting eleven.

What do you make of my choices for the Wales national football side made up of WPL stars? Who would you change? Let me know in the comments section below.