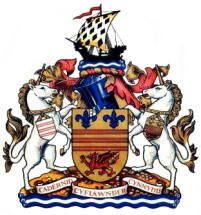 PACEY forward McLaggon started off his career as a youngster in Barry Town, but left when he was 14 years old to join the now-famous Southampton academy.

The 26-year-old was a part of the youth set-up at a time when the likes of Gareth Bale, Morgan Schneiderlin, Adam Lallana and Alex Oxlade-Chamberlain were coming through, so he learnt his trade from playing around some of the very best.

Upon his release from the Saints in 2010, with seven appearances and one goal to his name for the first team, McLaggon joined Salisbury City, where he went on to form a good partnership with team mate Jake Reid.

10 goals in 23 appearances for them saw him make a move to Bristol Rovers and following a very brief spell there he went on to play for Tonbridge Angels and Weston-Super-Mare, before making the move to Merthyr Town, which was arguably the club where he has looked the most settled during his career.

He became a prolific goal scorer for the Martyrs during his time there and left the club this summer having scored 83 goals in his four seasons there.

Ahead of the 2017/18 Welsh Premier League campaign, the forward has returned to his hometown club of Barry and seems to be excited by the prospect of making his WPL debut with the club. I have no doubts that he will be one of their main men this season and his goals tally could be crucial to their survival bid.

Recently, I spoke to Kayne about some of the highlights of his career and this is what he had to say for himself …

AFE: Who did you support when growing up? Who was your footballing idol?

KM: I supported Manchester United and because of that my heroes were Paul Scholes and Roy Keane.

AFE: What was it like coming through Southampton’s youth ranks? Who were the biggest names there at the time?

KM: It was a great education and a fantastic club that I only have very fond memories of.

Gareth Bale, Alex Oxlade-Chamberlain, Morgan Schneiderlin and Adam Lallana were the biggest names I played alongside whilst I was there.

AFE: Best player you’ve played alongside and against and why?

KM: Adam Lallana is the best I’ve played with without a doubt. He was technically outstanding on both sides.

Wayne Rooney is the best I’ve played against. His will to win even in an FA Cup 3rd round match was remarkable.

AFE: Best manager you’ve played under and why?

KM: I’ll go with Alan Pardew (at Southampton) on this one.

He could walk into any dressing room and command respect without even saying a word.

AFE: What’s been the standout moment of your career for you?

KM: My standout moment would have to be when I played against Manchester United in the FA Cup 3rd round for Southampton.

AFE: Finally, How does it feel to be returning to your hometown club? What are our aims both personally and as a club this season?

KM: It will be great to have my family and friends be able to watch me after 10 years of playing on the road.

Personally, I want to score as many goals as possible to help the team toward European football in the next three to four years.

This season though I hope to help the team stay in the league and be the best WPL team from South Wales as a minimum.

Thanks for chatting Kayne and all the best to you and Barry Town on their long awaited return to the Welsh Prem this season!