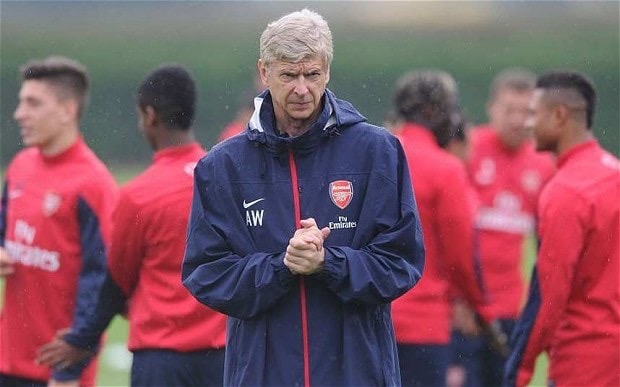 OVER the many years of Wenger’s reign at Arsenal, there’s been a few players who we’ve been sad to see go and then there are those who we couldn’t wait to see leave.

In this article, I highlight just ten of those players who are on opposite ends of the scale. 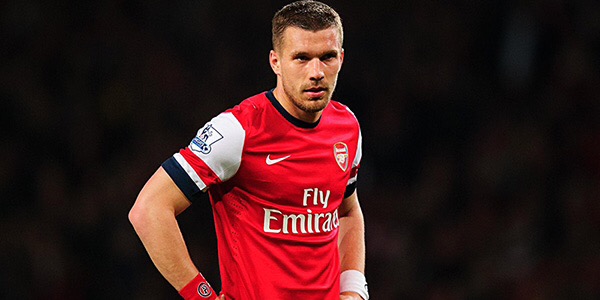 It’s absolutely criminal to think that a striker of Poldi’s reputation and prowess only managed to play 60 Premier League games for Arsenal. Even madder when you realise that many of those were substitute appearances off the bench.

He stayed at the Emirates for three seasons, after joining for £12 million from German side Koln in the summer of 2012.

He possessed a lethal left foot and showed his class in his first season at Arsenal, scoring 16 and assisting 11 goals.

Frustratingly, in his second season at the club, he was either moved out wide or restricted to sub appearances, before being loaned out to Inter Milan half way through his third season.

Looking back now, I’m very disappointed by the way we treated a man who has over 130 caps for his country and has been a recognisable striker for years. I was excited when we signed him because he looked like a decent replacement for Van Persie, but unfortunately it wasn’t to be.

He scored 19 league goals for the Gunners before his departure in 2015. 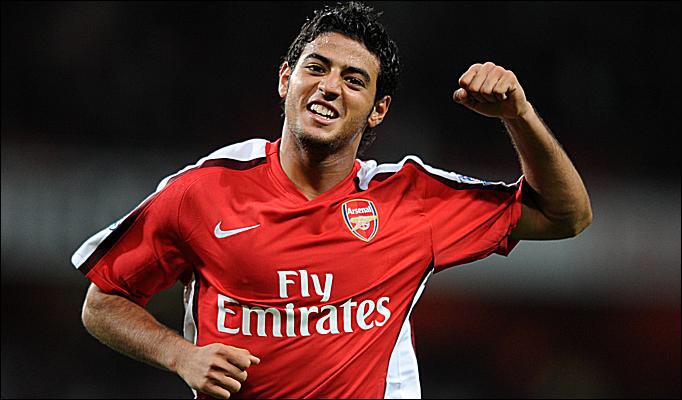 One of our biggest “one that got away” players in the past few years in my opinion.

Mexican forward Vela can play or the wing or as an out and out striker and started his career at Guadalajara, where he caught the eye of various European clubs after finishing as the top scorer at the 2005 FIFA U-17 World Championship. He then joined Arsenal the same year.

He was at the North London side for 7 years (although he had loan spells at Celta Vigo, Salamanca and Osasuna) and only made 29 league appearances, scoring 3 times.

His chances were limited mainly to Cup games and although he possessed real talent, Gooners never rally got to see any glimpses of it.

Since joining Real Sociedad in 2012 he’s made over 180 appearances for the La Liga side and has scored 63 league goals.

He could’ve been a decent forward if we had used him properly. 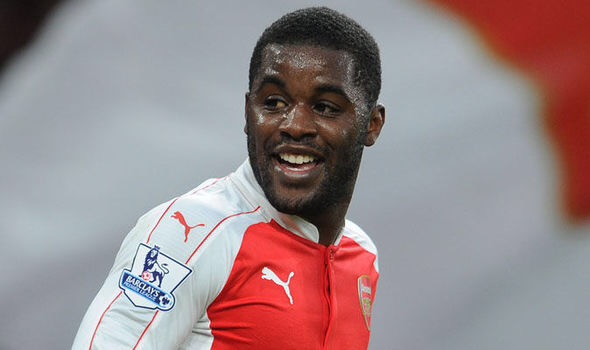 I can’t for the life of me understand why we decided to loan Joel out to Sporting Lisbon at the beginning of this season.

Despite being with Arsenal since 2011, he never really got his chance to shine until last season, having previously had four loan spells in France, Spain and Greece.

He starred for Costa Rica in the 2014 World Cup and I thought that might have sparked the beginning of his career at Arsenal, but he was again loaned out and had to wait until last season to be a regular first team player.

After showing signs of being a real attacking threat and actually running towards the opposition with the ball (something I feel that our current squad lacks, minus Alexis), fans were beginning to like Campbell and wanted him to start game after game.

Bizarrely, he was loaned out to Sporting this season, perhaps down to the fact that Iwobi has become a first team player now (although I think he’s slightly overrated by Wenger at times).

Will we ever see the Costa Rican, who’s still only 24, in red and white again? As much as he deserves the chance, I doubt he’ll get it.

Another underrated player in my opinion, Belarusian winger Hleb joined Arsenal from Stuttgart for around £15 million in 2005 and spent three seasons at the club.

Despite struggling with injuries, he made 89 league appearances for the Gunners and became a favourite with the fans due to his great work ethic.

Unfortunately that effort didn’t go unnoticed and in 2008 Barcelona swooped in and poached him away from the Emirates for just under £20 million.

I, amongst many others I’m sure, was sad to see him go, as when Pires left, there was a big hole to fill out on the wing and Hleb did all he could to try and fill it.

I’m not saying he’d ever been as good as Pires as he probably wouldn’t have been, but I do believe we should’ve hung on to him a little longer, as he would’ve offered us an attacking threat at a time we were going through a big squad transformation.

Also would’ve saved him from facing a spiralling career which followed after he left Arsenal.

Fast forward to 2017 and we have another striker who’s being frustratingly moved out to playing on the wing or not playing at all.

Lucas is a player that, in my opinion, could be a very important player for Arsenal if he was given enough of a chance. He’s scored for us in every competition this season, but still can’t beat Theo Walcott or Alex Iwobi to a place in the first team.

Many fans are in agreement that the Spanish forward should play more often as he’s proven what he can do when he gets game time, including a cheeky finish in the 3-3 draw against Bournemouth.

I don’t quite know what he needs to do to get a real chance to shine.

Unsurprisingly, there are talks of him leaving the club in the summer, however he has recently stated that he doesn’t mind staying and fighting for his place. With Alexis almost undoubtedly angling for a move, Perez could be the answer to replacing him as a lone striker up front.

I really hope we see him spend another few years at the Emirates and play him regularly but one will tell I guess.


Those who stayed too long:

Loved for his antics, but often booed for his lack of footballing abilities, Eboue somehow managed to make 132 league appearances in seven years at Arsenal.

After the succes of another African right back, Lauren, Wenger decided to try his hand at playing Eboue at right back in his absence.

In truth, to begin with he seemed to be a perfect replacement, starting most games in 2006-07, including Champions League matches. Then the inevitable Emirates injuries came along.

During the 2008–09 season, he was frequently criticised by Arsenal fans after some less-than-satisfactory performances. I specifically remember him tackling one of his own players against Wigan that year – mental!

Here he is getting booed off in that very much:

Once dubbed “The next Patrick Vieira” – however the only comparisons were probably his position, height, nationality and skin colour.

Of course, anyone that knows football will know that Diaby’s career was well and truly destroyed by injuries and he became nearly everyone’s favourite player to mock.

Incredibly, despite the persistent injuries, we kept him on the books for nine years (in which he made just 125 league appearances) and he must have cost the club millions in medical bills for his treatments.

I actually felt quite sorry for Diaby until I realised that when he left Arsenal for Marseille in 2015, one of the reasons he joined them was because they had a “great medical team”. Just retire mate!

Swiss centre back Senderos signed for Arsenal from Servette in 2003, reportedly turning down Real Madrid in the process. Quite how I don’t know.

Much like Eboue, he promised a lot, but gave little next to nothing in the end.

Infamous for his red cards and own goals, he always looked shaky in the heart of defence and mainly made appearances when other centre backs such as Kolo Toure and Sol Campbell, were out injured.

In seven years with the Gunners, he made 64 league appearances and was sold to Fulham in 2010.

Mention his name to a Gooner and the likely response will be “He was as bad if not worse than Pascal Cygan”.

Now hear me out here, because I adored Rozza as much as the next man, but analyse his situation properly and you have to admit that he probably stayed too long.

Legend as he is, Rosicky was another player who’s career was unfortunately defined by several injuries.

Staying with Arsenal for a decade between 2006 and 2016, he managed 170 league appearances and nearly 300 in total. I’ll never forget the many goals he scored against Spurs, including the corker in March 2014, as seen below:

I really loved Rosicky as a player and as an individual who brung experience to our team, but looking from a neutral perspective, he should’ve left earlier as paying his wages must have cost the club a fortune. 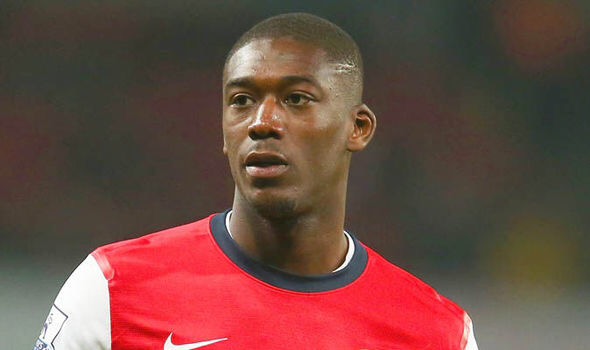 Probably the most bizarre case of keeping a player at our club in a long time.

24-year-old Sanogo has been with Arsenal since 2013 and has made a grand total of 11 Premier League appearances so far.

In fairness, not many fans know too much about him, as he seems to only appear in Arsenal’s “Pancake Day” videos and what not.

At 24, he really ought to be playing if he’s anything special, but in truth, I watched him when he was on loan at Charlton and he didn’t even stand out there.

The highlight of his Emirates career so far came in August 2014, when he  scored four goals in a 5–1 win over Benfica in the Emirates Cup. Excellent.

Get rid of him soon please.

Agree with my choices? Let me know in the comments section below …

5 thoughts on “Arsenal: 5 players who should’ve played more and 5 who stayed too long.”