Since moving to the Premier League in 2012, Lloris has become a fans favourite at Spurs and one of the leagues best goalkeepers.

The 30 year old has 53 clean sheets in his 158 appearances for the North London side and is best known for his incredible reflexes and confidence in between the sticks.

His form has also earned him the captains armband for his national side too, so he definitely deserves to be in this squad. 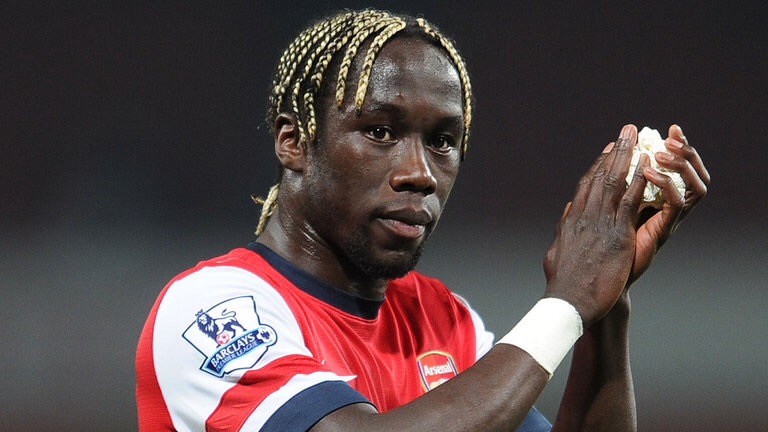 One of the most consistent right backs in recent years, Sagna was one of the players who remained loyal to Arsenal throughout their trophy drought, making over 200 appearances for the Gunners. He eventually won the FA Cup with them before moving to Manchester City in 2014.

Although he hasn’t quite been able to cement a first team place at the Etihad, the 34 year old still competes with Zabaleta for the position and plays regularly.

Strong in the tackle and ever commuted to the cause, Sagna will go down as a Premier League legend when he retires. ﻿

With over 300 Premier League appearances to his name, there’s no doubting that Gallas has bags of experience to his name.

Playing for three of the biggest London rivals, he’s no stranger to controversy and will always be remembered for his middle of the pitch sulk when he was captain at Arsenal in 2008.

However, he was a truly fantastic defender at times and whilst at Chelsea he was highly regarded as one half of the best centre back pairing in the league (alongside John Terry). 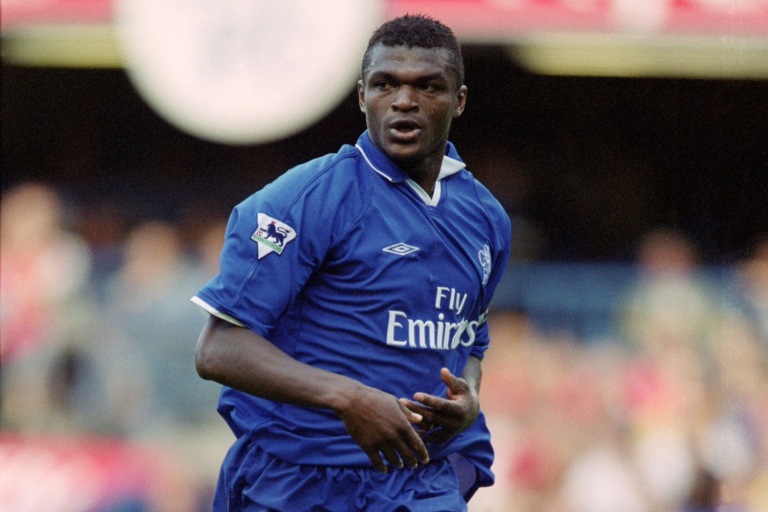 Desailly was bought to Stamford Bridge fresh from his World Cup win with France in the summer of 98′ and he quickly became a household name in England.

He built himself a reputation of being one of the toughest and most intelligent defenders that the Premier League has ever seen.

Many strikers had a tough time against him and there’s no denying that he belongs in the ultimate French team.

273 appearances and 5 Premier League titles, Evra is a true champion of the game.

He became a vital part of United’s dominant back four that ruled England for a couple of years and included himself, Vidic, Ferdinand and Neville.

At that time he was considered to be the best left back in the league and was admired for his fighting spirit and his brilliant tackling ability. 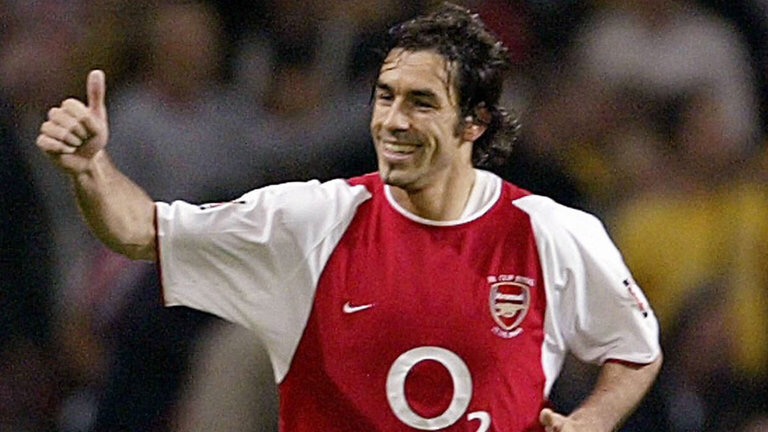 62 goals in 189 games is a very impressive record for a winger and just proves what a quality player Pires really was.

His trickery, mazy runs and his consistent goal scoring made him a threat to any team.

He played a vital role in Arsenal’s invincibles side of 2003-04 and left the club with two Prem titles to his name. Legend. 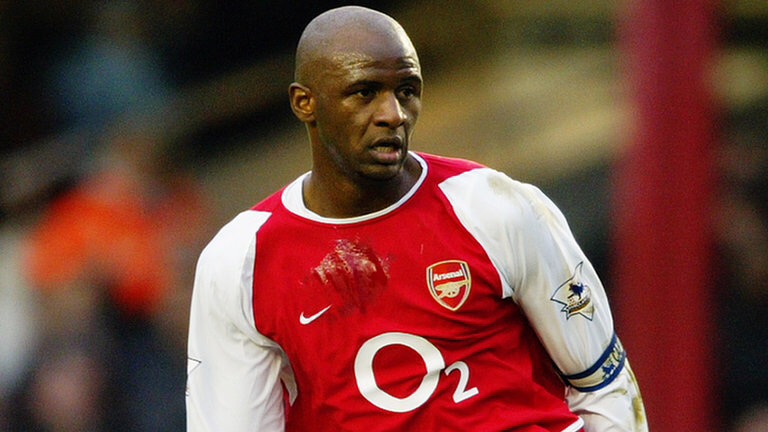 Although he had a brief stint at City at the end of his career, Vieira will always be remembered for his time at Arsenal.

Following Tony Adams’ retirement in 2002, Vieira became captain of the club and led them to their unbeaten season.

His unique style of being able to play as a defensive anchor, whilst also being an attacking threat, made him stand out amongst the crowd.

He was an important player at Arsenal and will also be remembered for those fights with United skipper Roy Keane (God I miss those days!) 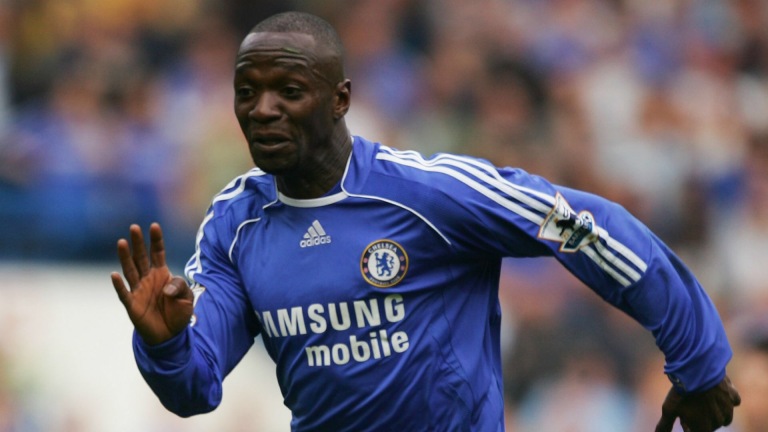 Not many players have a position named after them, but Makelele did. The defensive midfield position became like a home to him.

Mocked for his lack of goals (only 2 in his 144 games for Chelsea), people quickly realised that he was playing a game of his own and doing it brilliantly.

He helped Chelsea to their first Premier League title in 2004-05 and redefining the defensive midfield role as his own. 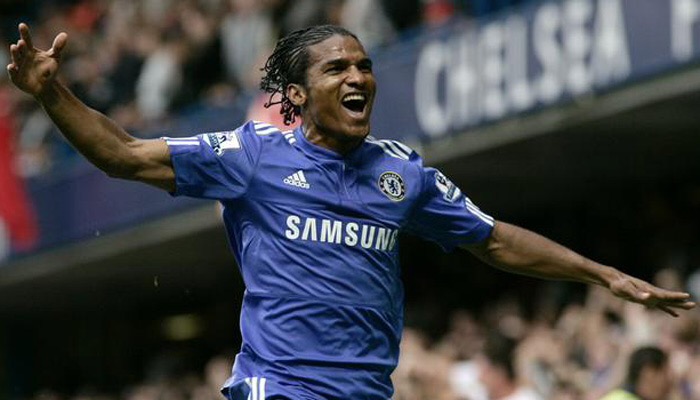 Perhaps an odd one to some and others may have never even heard of the man before, but ﻿honestly I thought Malouda had real talent.

Many would have gone for Ginola in this position, but for me growing up I remember seeing Malouda play and being astounded by how underrated he was by so many pundits and fans.

His performances in Chelsea’s title winning campaign of 2009-10 were incredible and his partnership with compatriot Nicolas Anelka was arguably what led the Blues to glory.

﻿174 goals in 254 appearances in an Arsenal shirt, there are very few words available in the English dictionary to fully describe just how good Henry really was.

Henry was the reason I started watching football and even more so became an Arsenal fan, so it was an honour to have been alive and able to watch his whole Premier League journey.

I’ll never forget some of his goals (volley on the turn vs United, backheel vs Charlton and stunner vs Man City in particular).

Here’s to you Thierry!

Anelka may have been a bit of a journeyman who never really settled at one club, however one thing you could guarantee from him was goals.﻿

Again, some people may have gone for Cantona up front here instead, but Anelka’s record speaks for itself. Over 120 goals for all the clubs he’s played for, made him a household name.

Known for his cool presence in one on one situations against the goalkeeper and reputation as a consistent goal scorer, Anelka’s name will ring eternal with fans of the Premier League.

Now, before people start losing their cool in heaps of disagreement, I thought that it would also be respectful to give these Frenchmen an honourable mention for their phenomenal talents too (alongside the aforementioned Ginola and Cantona):

﻿
Stats correct as of February 22, 2017. All pictures belong to rightful owners and were taken from Google.