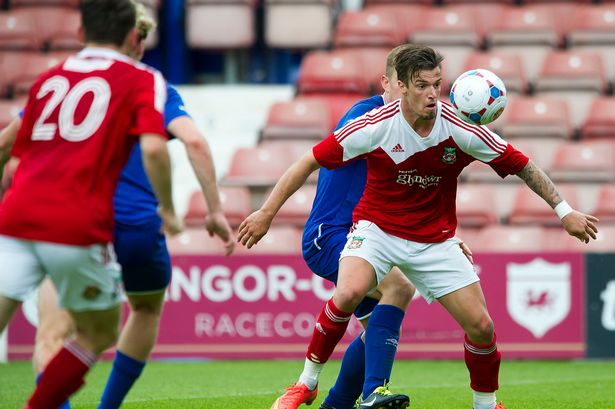 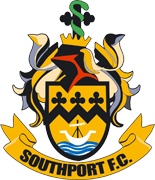 AFEFootballNews’ latest interview features striker James Gray, who begun his career in the youth system of Middlesbrough football club back when they were in the Premier League. His career may have taken him to many clubs since but it’s fair to say he has always been capable of scoring a goal or two.

Loan spells shaped him into a better player and then when he signed for Accrington Stanley,  he was a regular feature under then manager James Beattie, going on to score 13 goals in 68 appearances for the club. Then at Wrexham he became a fan favourite and a regular once again, spearheading their attack. Following his release from the Welsh club last summer, he now plays for fellow National League side Southport FC.

His international career has seen him represent Northern Ireland at under 16, 17 and 19 levels, as well as the under 21’s who he scored on his debut for against Hungary. he also captained his country at under 21 level.

AFE: Hi James. I heard that you are a former Middlesbrough youth player, who were the best players there at the club at that time?

JG: I’d say Stewart Downing was up there with the best, he was in the England side! Also Afonso Alves, as although he had a difficult time in the Premier League, when I was training with him, I could see how unbelievable he was. The Turkish international Tuncay was also a brilliant player.

AFE: You chose to represent Northern Ireland up to under 21 level, but having been born in England did you ever consider representing them?

JG: Yeah, when I was 15 we played in the Nike Cup and that’s where England do their scouting for school boys and they asked me if I wanted to go to the England trials! But by then I’d already made my mind up that I would play for Northern Ireland as England change their squads around a lot with age groups and I always thought that Northern Ireland would help my development more.

JG: The best player I’ve played with is James Beattie at Accrington Stanley (pictured right), because even though he was getting on a bit at the time, he helped me on and off the pitch so much and i considered him to be a friend as well as a teammate. He then became our manager and I feel like I came a long way with him as player and a person.

AFE: Who would you say are the best players you’ve played against then?

JG: I’d probably say Alexis Sanchez and Edinson Cavani are up there with the best two, two completely different players, but both so good at what they did! Also playing against Ozil in the youth internationals was special. I remember when we played against Switzerland and I had to try and man mark Granit Xhaka, who’s now at Arsenal, but I couldn’t get anywhere near him!

AFE: What’s the biggest difference between playing in the football league and on the international scene then?

JG: Pretty much everything, I came up against some of the best young players in the world at international level. I’d say the pace of the game is much more dictated and slower and you have to bide your time more, because there are a lot less chances on offer as well.

AFE: Having been to watch Wrexham quite a few times, I know that the racecourse is a special ground, did you enjoy your time there? And what did you make of the atmosphere?

JG:  I Absolutely loved my time at Wrexham and at one point I would say that it was the happiest I’ve been in my career. I think the atmosphere and town is fantastic and I really liked the passion of the club as you can see how much the fans really do love their club!

AFE: You also scored on your debut for Stanley, was that your best moment in football or is there another one?

JG: That was definitely up there for me , but I think captaining my country at under 21 level has to be the best moment of my career so far.

AFE: Finally, now that you’re at Southport, what are your targets for this season? Both personally and as a club?

JG: My personal target is just to score more goals and then that will hopefully help the club finish in the top half of the table.

The interview gave an interesting look into the life of a former Premier League youth player who is now a fairly experienced striker with some valuable youth level international experience. Best of luck for the rest of the season James and thanks for the chat!