In 2014, the club nicknamed “Verdao” (the big green) by it’s faithful fans competed in the Brazilian Serie A for the first time since 1979. They then went on to cement their place in the top flight in 2015/16 and just a mere two weeks ago created history when they reached the finals of the Copa Sudamericana 2016 after defeating Argentina’s San Lorenzo. It was without doubt the biggest achievement in the club’s 43 year existence. Footage of the players celebrating their win with wild scenes of locker room jubilation have circled around various social media sites this week, as tragedy followed the happiness.

On the evening of November 28, 2016, two days before the final was set to be played, a LaMia Airlines Flight 2933 carrying 77 people including the staff and players from the club crashed as it approached Medellin in Colombia.”What was supposed to be a celebration has turned into a tragedy,” Medellin mayor Federico Gutierrez said from the search and rescue command center.Twenty journalists are among the deceased.

Only a few of the players have been announced as being dead by the media so far, one of whom was Tiago de Rocha Viera, a 22-year-old forward, who starred in a now heartbreaking video which has spread online of his thrilled reaction to learning one week before the crash that his wife Graziele was pregnant with their first child. Local media reports say that Alan Ruschel and Jackson Follmann are still alive, whilst Marcos Danilo, despite being pulled from the wreckage, later passed away in hospital.

Their manager, experienced journeyman Caio Junior, who had managed many a club in Brazil, had stated in an interview just a few days prior to the crash that “If (he) was to die today, then (he) would die a happy man”, which proved to be some chilling last words indeed. Not since the days of the Munich air disaster in 1958, which saw 23 Manchester united players and staff lose their lives, has football seen such scenes that shook fans, players and clubs around the globe to the core.

I was deeply saddened to hear of the deaths of men who were heroes to so many young and old Brazilians alike, but was happily astounded to hear of some of the efforts that others are going to in order to show respect and support for their fellow club. Atletico Nacional, the Colombian club that were set to face Chapecoense in the final, have sent a request to the governing body of the competition insisting that the Brazilian side should be awarded the trophy. Fellow Brazilian clubs decided to loan out players to them for free in order to help them rebuild their squad and also sent a request to the Brazilian FA stating that the club should be immune from relegation for 3 years, which has now been granted by the body.

Other clubs worldwide, such as Manchester United, Arsenal and Barcelona payed their respects by tweeting photos of the Chape badge with their own compassionate captions to go alongside them. In their EFL Cup win over Leeds last night. Liverpool fans donned a Brazil flag in their red and yellow colours in honour of the lives lost. Cristiano Ronaldo is also reportedly said to be prepared to donate £3 million to the relatives of the players who have died in the crash and to the club itself too. Even video game franchise, FIFA 17 has given gamers/fans free Chapecoense kits and badges to use on “ultimate team” mode so that they can pay their respects.

The great support being shown throughout the world is truly heartwarming to see and proves that football is so much more than just a game.Tragedy always brings the world of football together. It sets apart the rivalries and shows us that at the end of the day, we all love one thing; the beautiful game and those who play it.

AFEFootballNews would like to send it’s deepest condolences to the families of those who lost their lives in the tragedy and may the legacy and the fighting spirit of those players who were deemed to be underdogs but came out on top live on through the fans and the club together. Rest in peace. This final touching photo was taken from Chapecoense’s Facebook page; a drawing of the player’s receiving their medals in heaven. 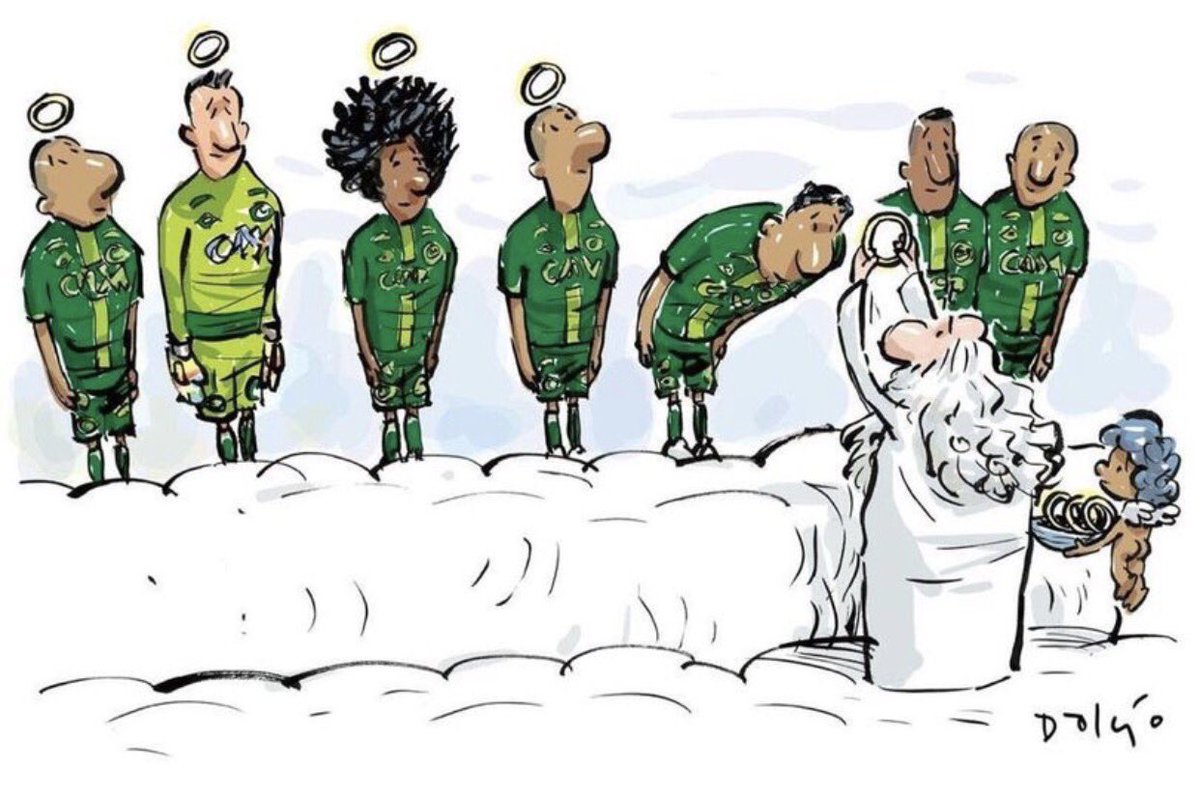